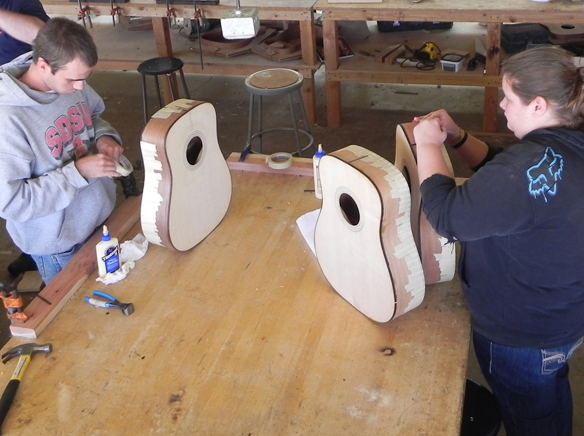 Students are learning the joy of creating something instrumental out of simple, basic elements, with a lot of help from Taylor Guitars’ Tour Director Gerry Kowalski. He began working with El Capitan in 2004/05.
In charge of developing and facilitating a guitar program in local schools, Kowalski said that Joe Cota, woodshop instructor (better known as a veteran football and softball coach in the Grossmont Conference), brings his students to Taylor’s every year for an extensive tour in the art of guitar making.

“For the students coming to our production facility, it is a comparison of the process they use at school and how it differs from how we build guitars here at Taylor,” he said. “The biggest difference is that they do not have the technology that we have here, theirs is much more a hands-on experience.”

While many of Cota’s students never played the guitar, or any other musical instrument for that manner, a few know how to pick a tune or two.

“I play a little when I’m bored,” said senior Cody Williams, who plays for the Vaqueros lacrosse team.
Williams has music in his blood, his great uncle the late Jim Morrison, lead singer for the 1970s L.A. based band The Doors.
“Building a guitar is fun once you understand how it all comes together,” said Williams, attending the Universal Technical Institute in fall to become an automotive technician. “It’s just like rebuilding a car’s engine.”
Cota watched his students construct a variety of items over the years, but said this project has proven to be fun and interesting to his students.

“We’re doing a basic, acoustic guitar,” said Ashley Ginn, senior. “There are all types of styles, so we took a field trip to Taylor Guitars to see how they’re made.”

Based in El Cajon, Taylor Guitars’ assembly factory and world executive headquarters proved to be the perfect location for the young entrepreneurial wood craftsman’s. Ginn said it was an unusual way of learning how to build a guitar because they did it backwards.
“They started with a completed guitar, then broke it down into its basic parts,” said Ginn. “It actually made to easier to understand how the parts worked and where they came from.”

Already understanding the woodworking process, Savannah McGrath, senior, who hopes to work for Google as a computer technician said she has taken the class before when she built a doghouse for her Great Dane.
“It was a really great building, but he wouldn’t go it,” she said. “He’s an indoor dog, so he never wanted to go inside it.”

McGrath said it was not a total loss, her father has a unique idea for an unused doghouse.
“My dad wants to convert it into a chicken coop,” she added. “For some reason, dad wants to raise chickens!” 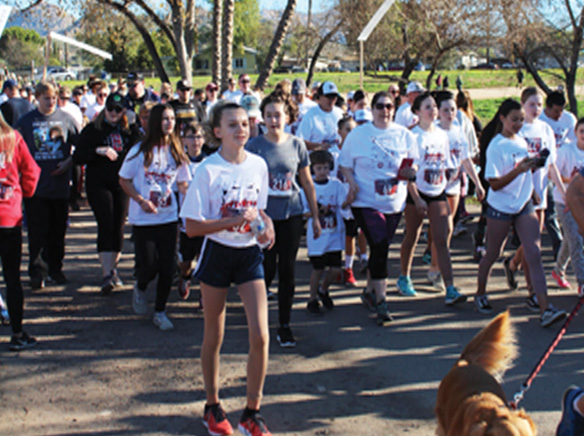 From tennis pro to rock star, the life and times of...