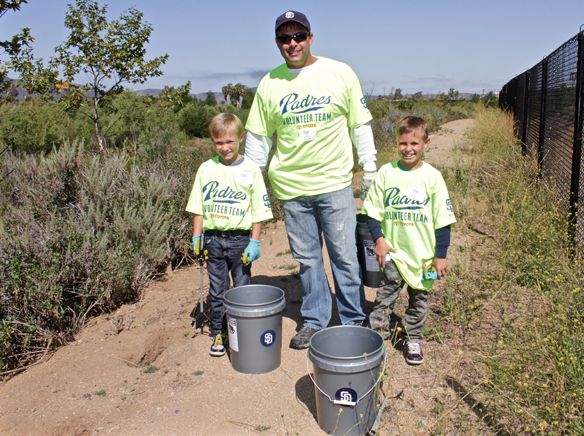 Recruiting volunteers to Saturday’s event was crucial to the San Diego River Park Foundation, as this was the last opportunity to clear trash and debris from the area before the warmer summer months make it difficult to coordinate large-scale cleanups. Instead, the volunteers survey the San Diego River—from Santee to the ocean—in order to collect data to inform the cleanup efforts when they launch again this fall. As a community-based non-profit organization, the Foundation requires the support of thousands of volunteers, as well as partners like Toyota of El Cajon and the Padres Volunteer Team, to ensure the river and larger watershed areas are protected from pollution, keeping residents and tourists alike safe and healthy.

In addition to helping with cleanup efforts, Toyota of El Cajon has partnered with the San Diego River Park Foundation since August 2014 to plant a tree for every car sold at the dealership. Throughout the first ten months of this partnership, the dealership has provided funding to plant more than 6,000 trees along the 1,700 acres of preserves owned and managed by the San Diego River Park Foundation.

“The San Diego River Park Foundation is so pleased to partner with Toyota of El Cajon,” said Rob Hutsel, Executive Director at the San Diego River Park Foundation. “Planting trees is such an important part of our restoration efforts, creating benefits both for the habitat and for the community to enjoy.  It is an added bonus to also get to work alongside Toyota of El Cajon employees and their families in cleaning up this portion of the watershed.  If we can engage the whole community in this way, we can truly ensure a better future for the San Diego River!”

The partnership with the San Diego River Park Foundation is part of Toyota of El Cajon’s larger commitment to environmental sustainability within the community. In 2009, the dealership was the first among Toyota dealers in Southern California to become Leadership in Energy and Environmental Design (LEED®) Silver certified. To qualify for LEED® Silver certification, the dealership used sustainable materials throughout the construction process—such as bamboo for the floors—as well as technologies including low-flow water fixtures and automatic, energy-reducing lighting. The dealership also designed the parking lot to recycle water through the asphalt.

“Toyota of El Cajon truly demonstrates Toyota’s commitment to environmental sustainability by being a pioneer for this cause and facilitating positive change at a local level,” said Alec Hagey, Toyota Motor Sales Vice President and regional general manager. “Between being one of the first dealerships to achieve LEED® certification in 2009, to helping the San Diego River Park Foundation with their sustainability goals, we’re proud to have Toyota of El Cajon within our family of Toyota dealers.”

In addition to operating an environmentally friendly dealership, Toyota of El Cajon contributes to the larger community by hosting events that help to increase a sense of community among San Diegans. Most recently, the dealership set up a pit stop for Bike to Work Day on May 29, offering cyclists water, snacks and a comfortable resting location.

Saturday's event in Santee was one of several volunteer events being hosted or promoted by the Padres Volunteer Team. In February 2015, the San Diego County Toyota Dealers helped the San Diego Padres launch the Padres Volunteer Team, which aims to create a countywide volunteer force to give back to San Diego. Since the launch, dealers have helped rally Padres fans to sign up to volunteer by hosting events and displaying posters and sign-up forms within their dealerships. The Padres and Toyota welcome anyone who wants to volunteer to sign up at www.padres.com/volunteer or at Petco Park at Padres games throughout the season.

Toyota of El Cajon has been a local, family-owned business for 25 years. For more information, visit http://www.toyotaofelcajon.com. 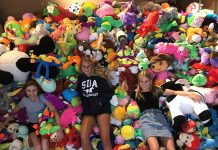 Print newspapers will always be important