Expectations are a bit loftier for the 2019-20 Mountain Empire High School wrestling team, and with good reason, according to head coach Justin Reed.

“We have 21 kids on the team this season,” said Reed, who is coaching his second season with the team. “Last year we had only six kids — five boys and one girl. We have three girls and 18 boys this season.”

Reed said he is looking for commitment and dedication from his team this season — key elements that could lead to a Citrus League championship.

So far, the numbers have started to add up to some positive results.

The team opened the season by competing in the Carlsbad Invitational on Nov. 23, then competed in the 49th annual El Cajon Invitational Dec. 13-14 at San Ysidro High School.

Heavyweight Dillynn MccMillan represented the Red Hawks on the awards stand with an eighth-place medal at the 50-team ECI tournament.

McMillan finished 4-3 in seven matches on the mat with three pins to lead the backcountry contingent. 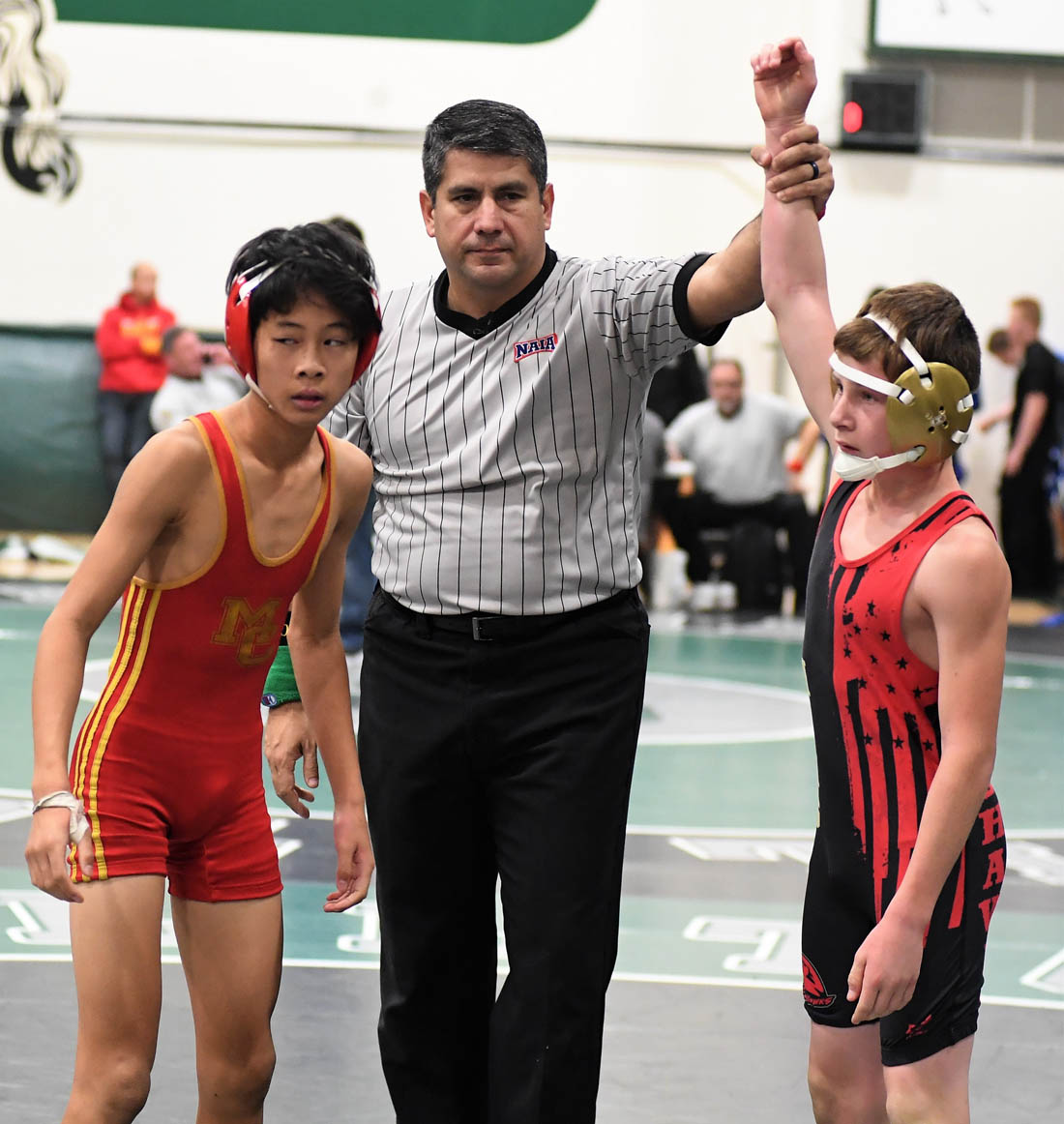 Nathan Hill (182 pounds) advanced as far as the second consolation round.

The Red Hawks most recently competed at the Hilltop varsity dual tournament on Jan. 4 to face off the 2020 portion of their schedule. 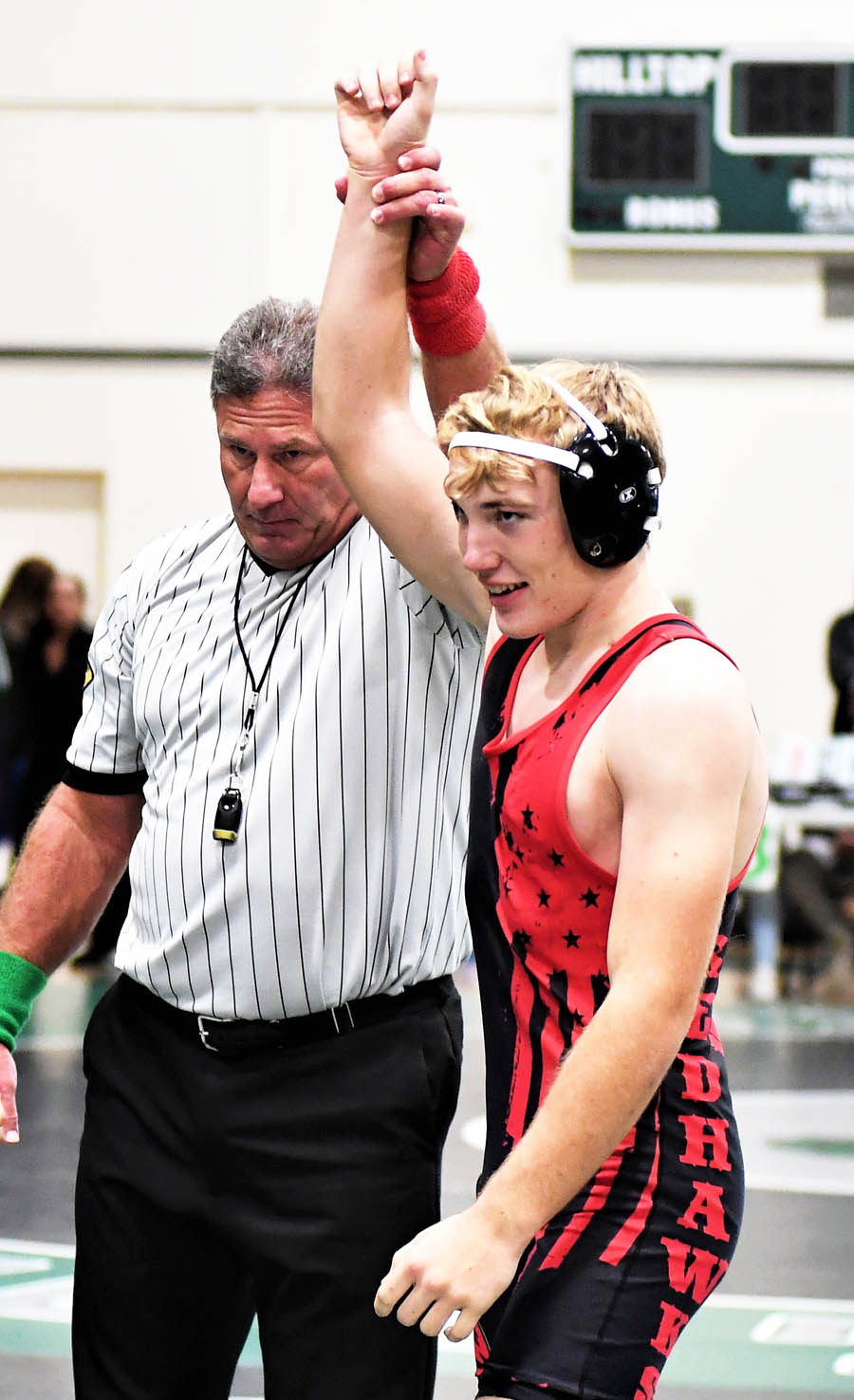 Clark earned a bronze medal in his 170-pound weight class with a 3-2 record. He previously captured first place in his weight class at junior varsity tournaments at Granite Hills and Montgomery high schools.

Koppa, Hamada and Clark won by a first-period pins while Hardison won by a second-period pin to provide individual highlights for the Red Hawks in their final-round match-up against Otay Ranch — a 48-30 loss.

Mountain Empire is back on the tournament trail Jan. 11 at the Jim Londos Memorial Invitational in Escondido.

The three-day California state championship tournament (both genders) is slated Feb. 27-29 in Bakersfield. 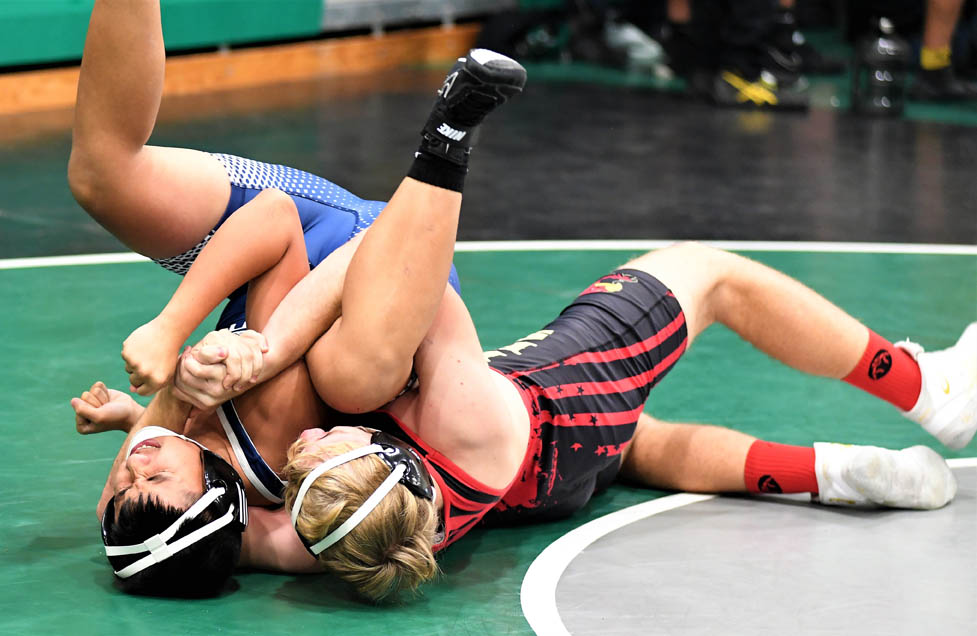 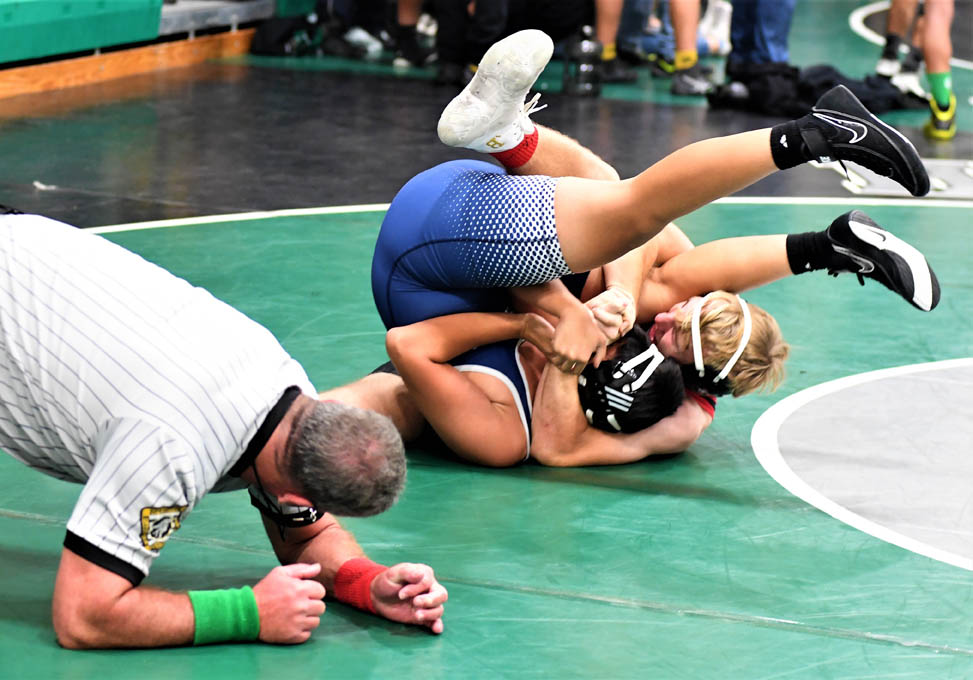 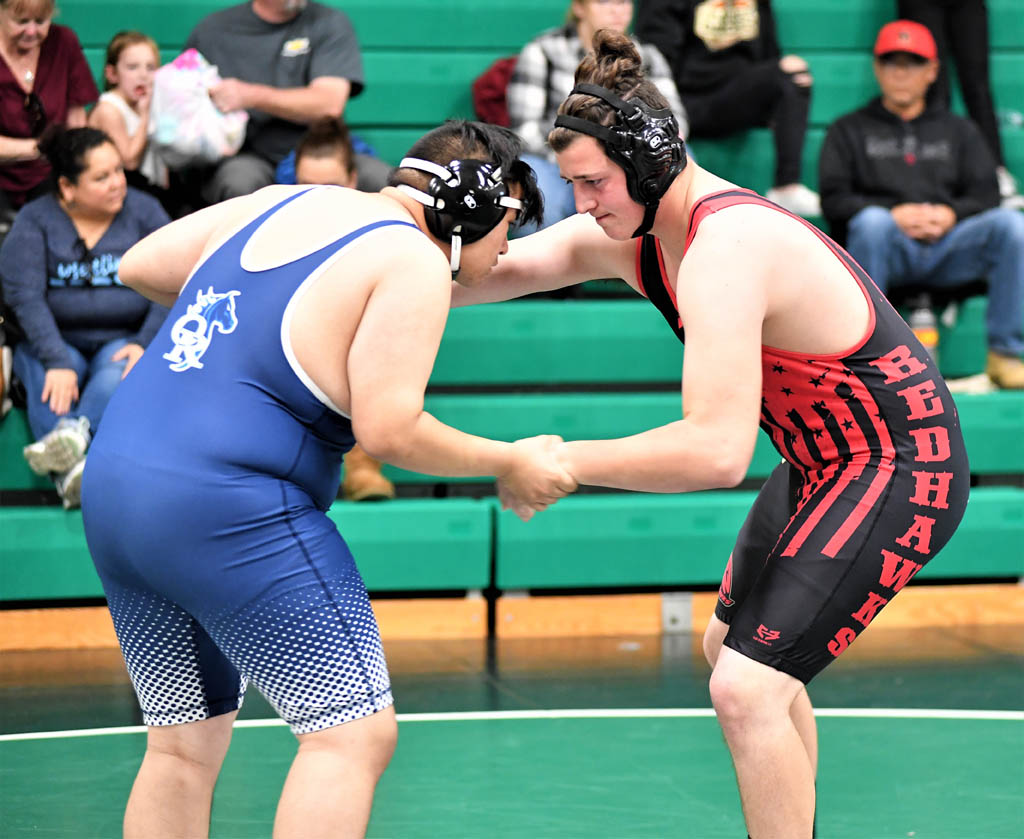 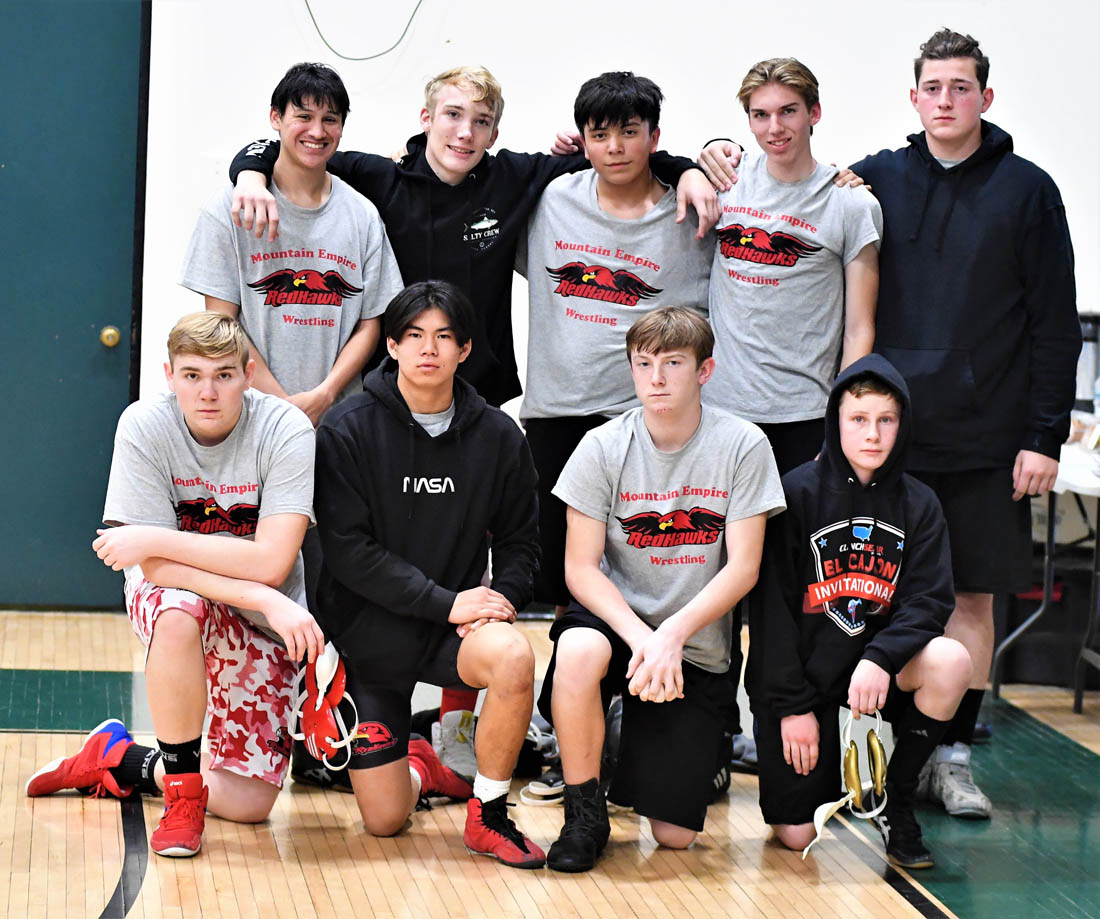 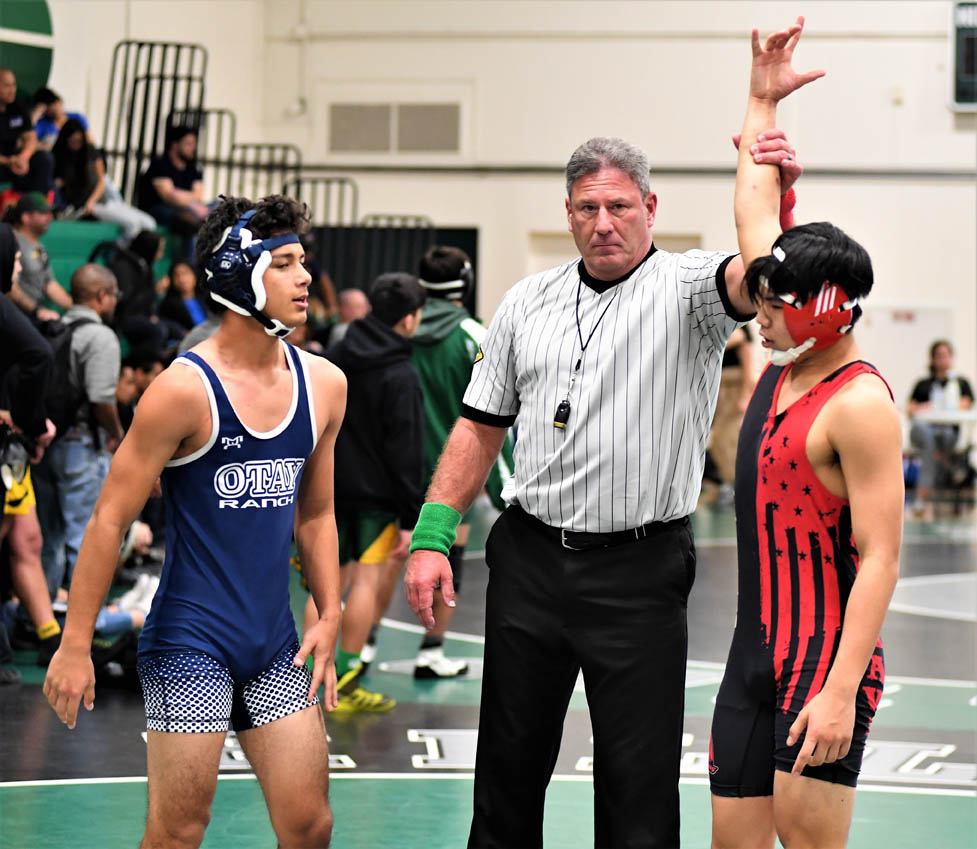 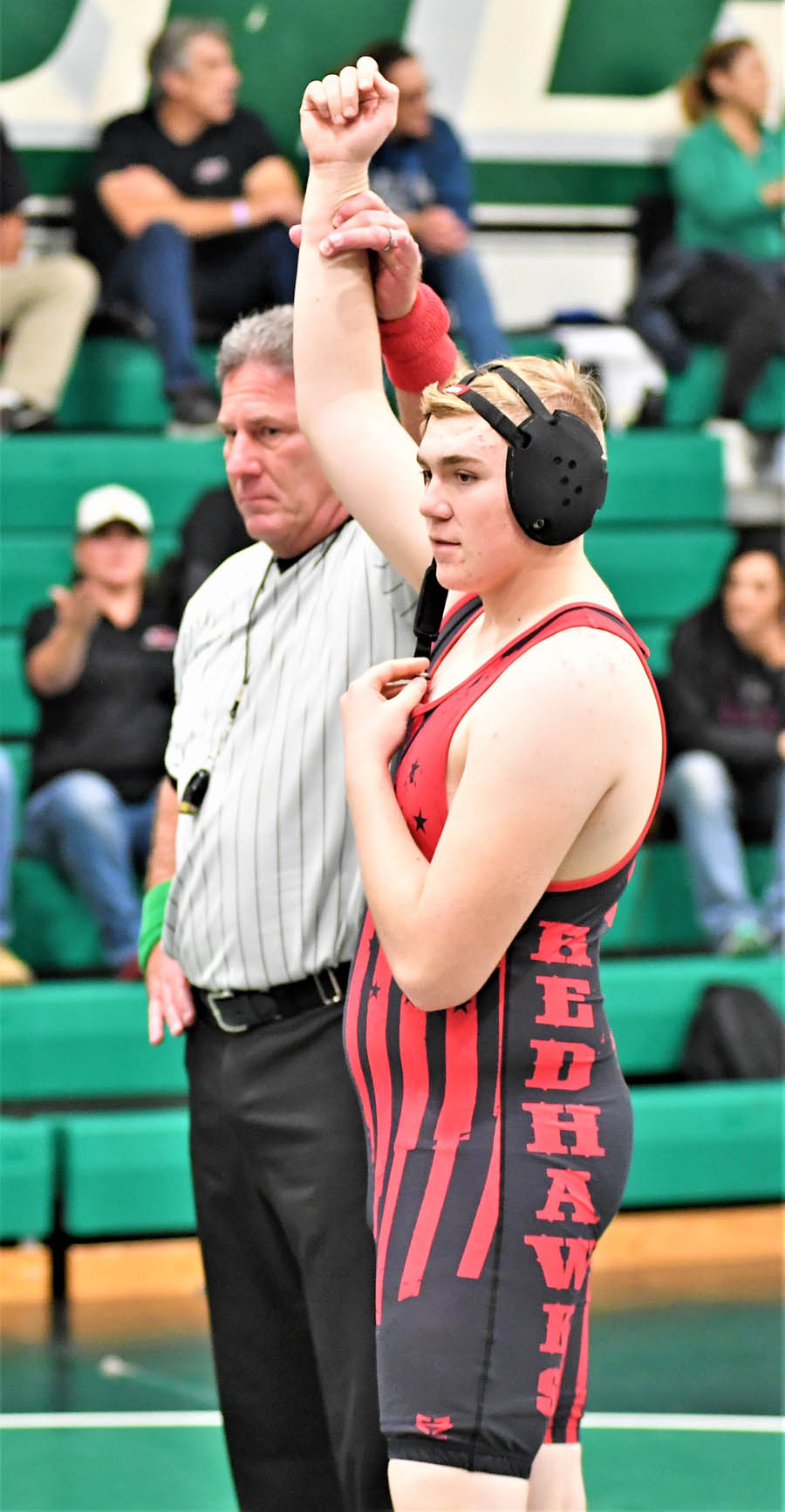 Boys of Steele gain experience on the mat, win medals

The 2019-20 high school wrestling season is chock full of tournaments nearly every weekend at all levels in both gender divisions.

The focus is on gaining experience — and confidence — while experiencing valuable team-building in the process.

The Cougars found success on the mat with a limited lineup by recording 24 wins against six losses in individual matches en route to recording a fifth-place finish among the 10 participating teams.

“We brought six guys and all six medaled,” said Steele Canyon coach John Mendoza, whose team finished with a 3-2 record in the dual standings. “We got a lot farther than we thought. It was an outstanding effort by the group.”

Freshman Brayden Mount earned a bronze medal in his 140-pound weight class with a pin in his final match.