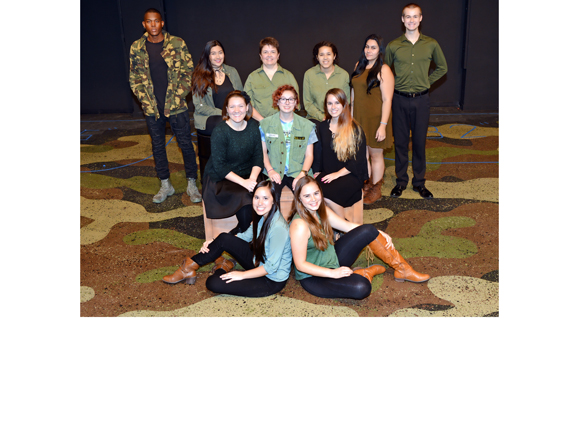 The ways of war are brutal, fearsome and mind twisting. This is especially so when war is seen through the eyes of women charged with providing care and comfort for warriors in combat zones.

The ways of war are brutal, fearsome and mind twisting. This is especially so when war is seen through the eyes of women charged with providing care and comfort for warriors in combat zones.

On March 16, the Theatre Arts Department of Grossmont College opened a new play revisiting the Vietnam War, focusing on the experiences of females serving the effort as military nurses, Red Cross workers and USO performers. The Stagehouse Theatre was a full house on opening night, with a rapt audience of wide-ranging ages. The play continues the college’s chosen overarching theme for this performance season of strong women in difficult circumstances, who struggled but overcame daunting obstacles while caring for others.

“A Piece of My Heart,” penned by Shirley Lauro, is a short but highly engaging drama, depicting events for six real-life women who served the wartime effort in Vietnam. The minimal set and stage props effectively shifted emphasis onto the eight-member cast of student performers, who delivered solid, professional acting in their roles. Two male actors, who appeared as different supporting characters throughout the play, joined the six women enacting the main protagonist roles.

Director Jeannette Thomas greeted playgoers before the show began, asking any active-duty military and veterans present to acknowledge themselves for honor from the audience. In notes Thomas wrote for the play program, she relayed, “When we began this journey to bring you the stories of six real women who served in the Vietnam conflict, neither the actors or I were completely prepared for the emotional depths that we would explore during the rehearsal process…Our students [were] not born into a world that treated our soldiers with contempt when they returned from war…Tonight’s performance is dedicated to all the brave men and women of the armed services: past, present and future.”

The play’s events commence in August 1966, as the female cast members in turn describe how each wound up in Vietnam. Paralleling the director’s comments, these young women were not “completely prepared for the emotional depths” they felt while serving in the conflict zone.

A major recurring storyline in the play involves how these women coped through multiple but meager methods. One bit of advice offered to them was to “stay behind the wall, don’t think, don’t be involved, just do your job.” Plainly, as the play unfolds, that advice was inadequate.

These young women joined their male warrior counterparts in “drinking a lot” of alcohol, using marijuana, and fighting the alternate horror and boredom with partying and sexual encounters. The carnage, the massive injuries to physical bodies, the death, the loss, and the “nightmare river of blood” took their toll.

Echoing the play’s title, one of these women stated about the men they cared for, “A piece of my heart goes with each of them.”

The performance concludes with recognition for the “sisterhood, brotherhood and comradeship” that allowed those who served to survive and persist.

Upcoming evening performances of “A Piece of My Heart” continue on March 23 – 25 at 7:30 p.m., with a 2 p.m. March 25 matinee show. General admission tickets are $15 apiece. Military, senior and student discounts are offered. The Stagehouse Theatre is on the Grossmont College campus at 8800 Grossmont College Drive in El Cajon. Tickets, reservations and more information are available online at www.grossmont.edu/theatrebrochure or by phoning (619) 644-7234. 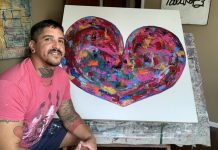 Lights, sounds and Living Legends are new attractions for the Founder’s...

Sycuan Casino is kicking off the New Year with incredible giveaways...