Stephen Houlahan is running a grass-roots level campaign to serve as the next mayor of Santee, not unlike the low-budget campaign he ran to land his current seat on Santee’s city council, a win he said in 2017 was probably shocking but ‘grassroots is everything’.

“My campaign doesn’t need all the extra money because it’s a grassroots campaign,” the 40-year-old councilman said. “My reputation stands for itself. I’ve been fighting for the people of Santee for over a decade, I’m well known as the person who stood against the Quail Brush project as well as the Rainbow-Mission valley pipeline. I do not accept developer money or people who work for developers,” Houlahan said.

Campaign disclosures reveal  Houlahan’s donations to date come from individuals and are typically in the $100 to $200 range.

A registered nurse, Houlahan currently works full-time as a senior clinical documentation specialist for Sharp Health Care System, a position he says requires him to look at numbers and trends, and is a source of insight on how to best run the government.

He said he has been watching the COVID-19 pandemic since it first broke out in China and believes his push for science-based decisions was a factor in Santee declaring a March 18 state of emergency.

That resolution ultimately led to a temporary moratorium of evictions because of non-payment of rent and other measures of support for residents.

Houlahan was the lone dissenting voice at a July 22 city council meeting where Minto and all other city council members voted to lift the moratorium on evictions.

“Going forward, the CARES act is important and since the city of Santee decided to end the moratorium on evictions, I believe the remainder of the funding should be put toward rent so nobody is homeless,” Houlahan said.

Addressing the larger issue of homelessness beyond COVID-related scenarios, Houlahan says it is multifactorial, that homelessness happens for a variety of reasons and he personally has experience with people “at the end of their rope who end up in the hospital with drug overdoses, exposure to the elements, terrible illnesses that caused whatever money they had to dwindle away”.

However, he also said the reality is Santee is short on affordable housing.

“I believe what could happen is an inclusionary housing component could have been passed… If potentially six units are being built, say one out of six units could qualify as an inclusion unit and would look like the others in the development but be put on the market at a lower rate. This would be great for Santee itself as housing is sometimes very expensive and beyond the reach of young people,” Houlahan said.

A May 27 city council meeting included discussion on inclusionary housing in Santee; Houlahan spoke in favor of the affordable housing solution that appeared to have some initial support from city council but has not gained traction with Houlahan’s colleagues, including Minto.

Houlahan also differs from Minto regarding racism in the city.

“There’s absolutely a racist element in Santee and the first step in trying to solve the problem is identifying there is a problem… I believe once I’m the mayor I will shine a light on that problem and find solutions. People shouldn’t feel comfortable with a Ku Klux Klan hood in Santee or anywhere. It is a symbol of hate; the Nazi swastika is not welcome in Santee or on planet earth,” Houlahan said.

He recalls when a June protest affiliated with the Black Lives Matter movement came to Santee— one of several that have been held there— and said it was expected to be violent.

“I actually engaged directly with both the protesters and Defend East County at the time, I walked in the protest, not that I was trying to defund the police however to show racial solidarity and inclusion with residents of Santee. I’m not afraid to say Black lives matter and I want to be on the right side of history,” Houlahan said.

He went on to say the Community Oriented Policing Committee has huge potential but has recently been mismanaged by Minto.

“It is inappropriate that the mayor is the chair. I would think he would advocate and be out of there. That would free up someone to chair that committee who has no political leaning and can connect with law enforcement; complaints, could go through that board. Also, city council members should be responsible for their bad behavior directly through that committee,” Houlahan said.

He gives credit to Santee Sheriff saying they “have done a great job of keeping Santee safe” compared to cities of comparable size, such as La Mesa that maintain their own police force.

“It’s hard to say: would a police department do better than the sheriff? The Deputy Sheriff’s Union doesn’t like what I have to say at times and I wish that wasn’t so, as I’d like to have a better working relationship with their union but at this time, I don’t believe the Santee Sheriff has underperformed in their contract. I believe the deputy sheriff contract is the fastest growing expense the city of Santee has and they are well worth it for law enforcement,” Houlahan said.

Houlahan said he believes term limits are needed at all levels of government and says Santee is full of many, many intelligent people who could step in for a term or even a few terms and then step back out.

In his spare time, Houlahan volunteers as a coach with AYSO soccer and West Hills Little League baseball.

“Many people in the community just know me as Coach Steve. I went to West Hills high school, many of my friends still live here and that grassroots support is worth more than all the campaign dollars in the world.” 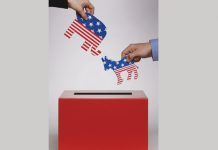 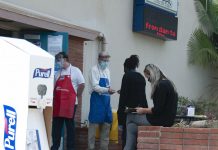