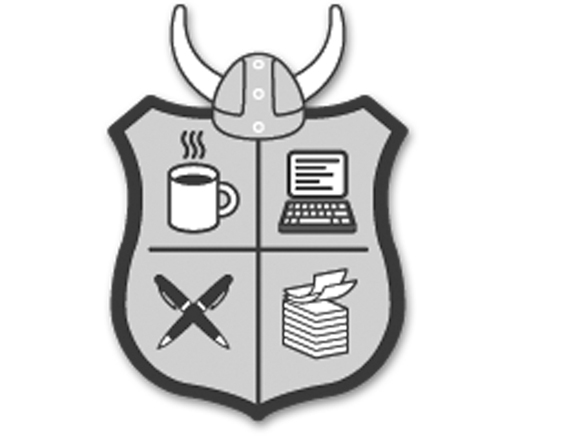 By nature of their career, writers tend to be loners. When they do get out and socialize, it is often with other writers. The month of November just so happens to be the perfect time to do this with NaNoWriMo, short for National Novel Writing Month. At the La Mesa Library, Kim Keeline of San Diego Writers Ink held a workshop for people to help them get started on their own novel projects,

By nature of their career, writers tend to be loners. When they do get out and socialize, it is often with other writers. The month of November just so happens to be the perfect time to do this with NaNoWriMo, short for National Novel Writing Month. At the La Mesa Library, Kim Keeline of San Diego Writers Ink held a workshop for people to help them get started on their own novel projects,

Keeline explained that NaNoWriMo got its start in 1999 and in 2005 became a nonprofit. The goal of participants is to write 50,000 words of a new novel. Last year, 325,142 people in every walk of life from auto mechanics to waitresses participated, beginning on November 1st. By the end of the month, they had a novel to their name.

More than 250 NaNoWriMo novels have been traditionally published. An instantly recognizable title is Water for Elephants by Sara Gruen.

But most NaNoWriMo novelists have not only failed to publish their novels, they have not been able to finish them. That’s where Keeline said she could help.

“The goal during November is to simply write. Don’t worry about editing, about perfect grammar or how well your sentences are structured. That comes later with editing, and you are not editing in November. You are writing your first draft,” said Keeline, who is a 2013 NaNoWriMo winner, meaning that she did reach the goal of 50,000 words.

Keeline encouraged everyone to come to the Thursday evening NaNoWriMo Write-Ins at the La Mesa Library each Thursday except for Thanksgiving. But she said that it would take a lot more than reserving a spot on the calendar to write at the library.

“If you were going to write every day, then you would have to write 1,667 words. But, really, would your family forgive you if you abandoned Thanksgiving plans? Probably not, so you’ll have to take this into account,” she said.

Keeline recommends using the NaNoWriMo site, which she does use.

“Sign in on it and give yourself a user name. It’s a fun site, and they ask for a personal profile. You can do as much or little as you want, like a plot synopsis. They ask for a profile picture, so I just used a picture of a train on it because I write train murder mysteries,” she said.

The website is a great place to find out where other NaNoWriMo activities are happening in San Diego, such as the kick-off party at 12:00 a.m. on Nov. 1.

As with any program, a number of steps are written to help the writers in their projects, Keeline explained.

Step One is to simply write. It’s a good idea for writers to know what their stories are going to be about as well as who the characters are.

Step Two is for writers to plan out before November 1 if they are going to write every day of the month. If so, the goal is 1,667 words.

“But, really, would your family forgive you if you abandoned Thanksgiving plans? Probably not, so you’ll have to take this into account. The website has a place where it helps you keep count of the words,” Keeline said.

Step Three is to figure out whether to be a “pantser” or Planner. Keeline explained that being a pantser means that writers go by the seat of their pants, literally not knowing what to write about before they jump in on Nov. 1.

“The advantage of this method is that it is very creative. But you’re taking lots of chances,” she said.

Keeline suggests being more of a planner. Writers should think ahead of time the plot, point of view, characters and setting of the novel before they set out on their projects. She wanted that being too much of a planner could cause writer’s block.

Part of the fun of being a pantser is built into the forums sections of the NaNoWriMo website. Forums are places where writers can take ideas from other writers. Additionally, there are in-house jokes and tricks that writers can use, such as the phrase, “Suddenly, ducks.”

“The story of that coming about is that one year when a writer left his laptop to use the restroom one of his writing companions got up and typed the words, “Suddenly, ducks.” So when the writer returned, he couldn’t remember putting those words down, but he used them anyway. Now it’s a way for writers to get “unstuck” in their writing and to continue with the 50,000-word goal.

“Besides, it’s all about being in a community. The more situations and in-house jokes you can share with writers, the better,” she said.

Step Four is simply to keep in mind to edit later. “You’ll never be able to reach your word capacity if you are constantly editing yourself,” said Keeline.

Keeline will be offering workshops associated with novel writing at San Diego Writers Ink. That website is www.sandiegowriters.org.

The free write-ins at the La Mesa Library begin Nov. 5. For more information and to create a free account, go to www.nanowrimo.org. 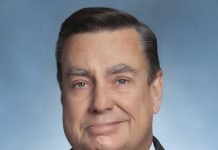 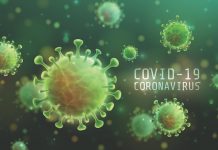 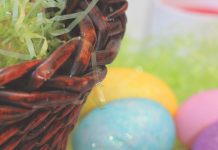 Man sentenced to 27 years in stabbing of 19-year-old