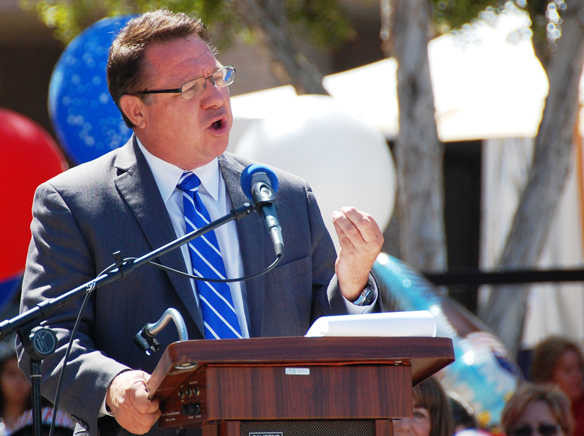 El Cajon Mayor Bill Wells last week posted on Facebook that he was calling a special City Council meeting to discuss instructing the El Cajon Police Department not to enforce COVID-19 laws and or regulations.

“The people of El Cajon are suffering, and it is highly unfair and nonsensical that big box stores, grocery stores, club stores and now even schools are open while nail salons, restaurants, churches and other businesses and organizations are shuttered,” Wells wrote on Aug. 27.

He went on to say that the State and the County may continue to levy fines and criminal charges for violations, but that he proposed that the city’s police department “not waste their valuable time” enforcing mask, non-essential businesses and social distancing laws.

“My people are suffering from not only financial ruin, but many are enduring severe depression, anxiety, isolation, and many other emotional, spiritual and sociological deprivations as a result of this stunning governmental outreach,” he continued.

Well’s initial motion was to “direct the city manager to consider State and County COVID related health regulations as a low priority and allow businesses and the economy to reopen is a safe manner.”

But support of this measure dwindled at the special council meeting on Aug. 28.

After a lengthy discussion between council members and public comments, Wells changed the motion to “Instruct the city manager to continue prioritizing the COVID-19 enforcement as he has been and to keep in mind the City Council’s direction that we want people to be treated gently and with understanding of their situation,” calling it more a “symbolic” gesture at this time.

Out of nearly 70 public comments, only five supported the measure with the others stating that the City should follow regulations and that not doing so was putting the community at risk. Wells pointed out that he received most of the support for his measure on his Facebook post, which received nearly 700 comments.

In discussion, other members of Council said they believed that the city manager and chief of police were already doing a good job in bad circumstances, with Council member Steve Goble noting that to date, the ELCP had any citations for any violations of COVID-19 restrictions, including mandated masks, social distancing or operating nonessential businesses. He also said that he did not want to take the judgement away from the city manager and chief of police in directing them to make this a low priority, not wanting to “handcuff” the ECPD and city manager in its future decisions.

Council member Gary Kendrick said that crimes should be a priority, but that it should be up to the chief of police to decide what needs attention because the ECPD is “stretched to the breaking point.”

Wells said what offended him about this discussion is that people are taking political sides because they think that it will affect the presidential race. He pointed out that most people on his Facebook post supported his decision to hold the special meeting and to keep government and the ECPD from enforcing mandated restrictions.

“They are willing to destroy people’s lives. All this talk about science. 1.4 people per thousand, most of those in nursing homes already, most of those a year or so of dying anyway. Somewhere between 96-99% people survive the illness,” said Wells.

Wells said he did not want to minimize it and say that anybody should die or that it is not a tragedy when people get sick, but that people have dealt with disease, but that businesses that are closed due to State and Country restrictions, he is sympathetic to their cause and does not want “to sell them out” for political reasons.

City Manager Graham Mitchell gave a presentation about the current rates of COVID-19 in El Cajon, along with the new State protocols announced earlier that day by Gov. Gavin Newsom that were specific to El Cajon.

Michell said the County is clearly on a downward slope in the number of active COVID-19 cases. He said El Cajon’s current rate is 1.4 per 1,000 people and that includes those in skilled nursing facilities. He estimated 150 active cases in El Cajon.

The recent announcement from the State allows the following:

Schools can open at a smaller capacity

Indoor shopping malls at a 50% capacity

Places of worship at 25% capacity or 100 people

Bars that do not serve food must remain closed 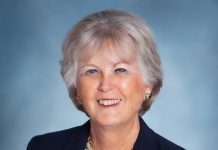