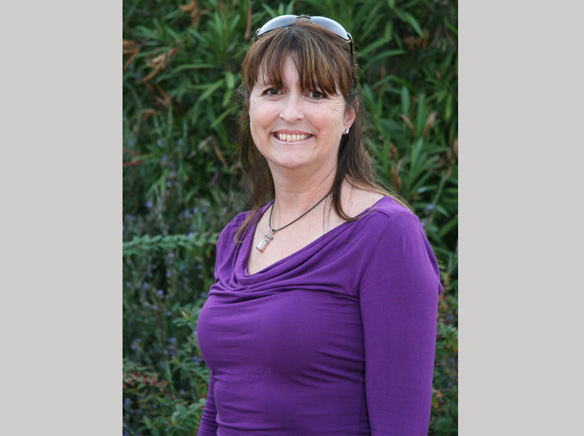 The Water Conservation Garden, a six-acre conservation demonstration garden in El Cajon, is thrilled to announce the selection of Elyssa Robertson as the organization’s new executive director. Robertson succeeds John Bolthouse at the helm of the East County nonprofit.

The Water Conservation Garden, a six-acre conservation demonstration garden in El Cajon, is thrilled to announce the selection of Elyssa Robertson as the organization’s new executive director. Robertson succeeds John Bolthouse at the helm of the East County nonprofit.

“As a San Diego native, I am acutely aware of the importance of water in our arid environment and the need for continuing education and understanding by the public regarding water conservation,” said Robertson. “I am very proud, excited and ready to take on the rewards and the challenges of the Executive Director position at The Garden.”

Robertson has an extensive background in environmental and civil engineering, and brings a great deal of management and leadership experience to The Garden. As president and founder of REC Consultants, an environmental and civil engineering firm she formed and led with her husband since 1992, Robertson has championed numerous development projects that incorporated open space, conservation of resources and sustainability.

“Elyssa proved her capabilities during her tenure as interim executive director, and has vision of the future of The Garden and how it can best serve its customers and stakeholders,” said President of The Garden Board of Directors Harold Bailey.

Robertson has served on the boards of the East County YMCA and East County Posse, and has been involved with the Rancho San Diego Farmers Market, Supervisor Dianne Jacob Trails Committee and the Friends of the Rancho San Diego Library Committee. She has also volunteered on habitat restoration projects at local schools, educating students about local native plants and animals.

“Never before has conservation of such a precious resource been as vital to our community and well being as it is now,” said Robertson. “I would like to thank the past Executive Directors, staff, Board members and our member water agencies for providing San Diego with such a beautiful and valuable educational resource.”

Robertson attended Poway and Escondido School Systems and completed her first two years of college in Munich, Germany, before returning to San Diego to finish her degree in Biology/Ecology at San Diego State University. After residing in East County for over 25 years and raising two sons in the Rancho San Diego area, she currently resides in Imperial Beach.

About the Water Conservation Garden;

Opened in 1999, the Garden is dedicated to promoting water conservation in the southern California landscape through excellent exhibits and programs that educate and inspire the public.  Memberships, donations, grants, and water agency funding support the Garden.  For more information, please visit www.thegarden.org or call 619-660-0614×10.

No bail for man who used hammer to torture victim