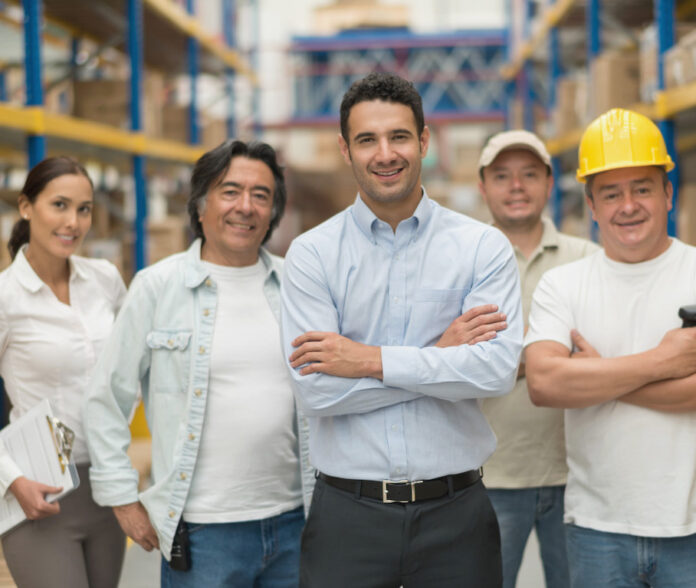 Jan. 1 brought a $1 increase in California’s minimum wage, however some local economists say that isn’t the primary factor fueling an apparent workforce shortage as many business owners struggle to make ends meet.

San Diego Workforce Partnership Senior Economist Daniel Enemark put those dollar signs in context, said the apparent increase in minimum wage is “really just an adjustment to account for inflation” and in real terms, labor is no more expensive today than it was in January 2021.

Accessity Chief Executive Officer Elizabeth Schott, who works daily with funding business ventures led by entrepreneurs of color, women and immigrants said consumers and small business owners alike “are feeling the effects of rising costs in many different areas that affect their budget and bottom lines” and the minimum wage increase is just one component that affects small businesses.

Furthermore, she said, the increase in minimum wage was planned for, unlike unexpected impacts like supply chain or inventory issues, an observation

“The existing labor shortages, spikes in COVID, supply chain issues— the concerns aren’t necessarily coming from a layoff perspective… The increase affects them from a bottom line but it has been well known, business owners knew it was coming down the pike. They could plan for it,” Fitzgerald said.

However, being able to plan for increased staffing costs does not guarantee consistent staffing as the pandemic careens toward a two-year mark.

San Diego County Hispanic Chamber of Commerce President Ricardo Villa, who owns Simple Time payroll, said most businesses he encounters have already “gone back to the basics of ‘Mom and Pop’ management” with key individuals who started the company keeping their business afloat.

“They already made a reduction in staff but availability in staffing is creating a bigger impact on businesses. They’re able to generate the revenue to compensate but the question is having the staffing consistency,” Villa said, adding that money is lost when businesses invest in training employees but those staff members are not available to work.

University of California, San Diego Associate Professor of Economics Jeff Clemens said the “mix of the pandemic” with altered customer flows as well as higher employer costs in restaurants and the hospitality sector all adds up to a potentially slower economic recovery.

“As someone who has done a fair bit of research on the topic, I can say there tends to be very little evidence of adverse impacts on employment when minimum wage increases are moderate in size and when the economy is performing in a healthy way. But, in studies that take place with either large increases in wages or labor markets that are in distress, they tend to be more worrisome,” Clemens said.

Dream Dinners owner Marsi Haney believes the minimum wage increase will put increased strain on businesses which have not yet recovered from the pandemic.

“We lost nearly half our customers during the pandemic and without the opportunity to host events and participate in events in the community, we were unable to drive in new business the way we used to. We went from an average of fifty to a hundred new guests per month to just seven to twelve per month. We have made adjustments for this by having fewer staff and reducing their hours,” Haney said.

She believes generally rising costs will hurt people in lower income brackets more than others, and could potentially affect which businesses are able to remain open.

“People struggling to make ends meet will have to make difficult decisions between buying food for their children and paying their SDG&E bills. We have decreased our employees’ hours to cover the rising cost and decreasing sales and if this continues across the local businesses then only the biggest businesses will be able to afford to employ people,” Haney said.

While the minimum wage increase won’t change her hiring practices, she said, it has changed her expectations of employee output and whether they can be cross-trained for multiple positions.

Enemark also does not believe the increase in minimum wage will have a significant effect on the local economy or hiring practices, and he too said the real struggle is finding employees.

“Employers around the region are struggling to recruit workers and will likely continue to struggle until the wages they offer are high enough to recruit the workers they want,” Enemark said.

Grossmont College Associate Professor of Economics Scott McGann said a mandatory minimum wage increase generally produces a negative impact on the economy as younger employees who are new to the workforce see themselves pushed out in favor of experienced adults who are deemed worthy of higher pay.

“It also tends to be negative because it puts upward pressure on labor costs. Labor is a major expense— there can be less incentive for people to go into business with the expense of labor,  and potential for those higher costs to get pushed onto the consumer,” McGann said.

The European market provides a model for how government-mandated higher wages affect the economy, he said.

“What typically happens is you start to see people pushed out because they’re just not productive enough for the market. They’re usually pushed into the independent contractor market, or pushed out completely and end up relying on government assistance. Either way, it tends to be negative for the economy,” McGann said.

Echoing Villa, McGann said companies will train a worker based on how many hours of work they think they will receive in return. Those investments have to be worthwhile.

La Mesa Chamber of Commerce Board President Mary England said many businesses are feeling a strain as they have lost experienced workers.

Restaurant owners, she said, are feeling particular pressure from “people not wanting to dine out, lack of workers, supply shortages and the owners needing to cut the hours of their business,” and business owners are working more hours to stay afloat. The end result, she said, is that some chefs, cooks and others in the restaurant industry are making more than minimum wage due to being in demand.

McGann said that the labor shortage is behind those high starting wages, and effectively “neutralizes the impact of the minimum wage increase, renders it impotent” as companies like Walmart are forced to pay higher wages.

However, while Schott said it is “challenging to attract and retain employees,” she believes there are too many differences between businesses to pinpoint any particular challenge as the primary one or a significant factor business owners are navigating. She sees the increase in minimum wage as just one factor both employees and business owners need to consider and said it is just one reason why employers must be transparent about why someone would want to work with them.

“For example, we recommend employers include information on the culture of their business, benefits they offer, their working environment and the ways they contribute to local causes or communities. It’s a competitive time,” Schott said.

Finding and retaining talent, she said, can be the single most important advantage a small business can create for itself.