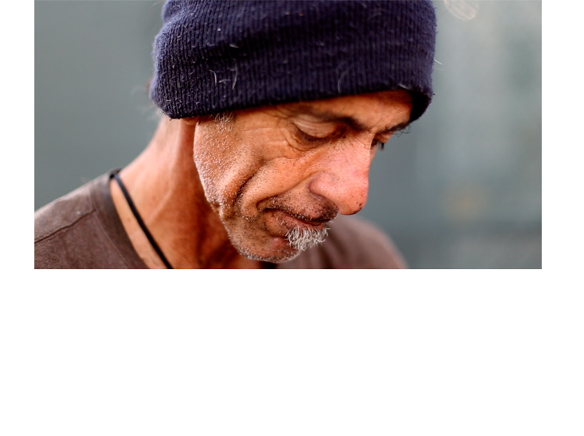 Filmed between November 2016 and August 2017, Stein follows Tony Rodriguez life on the streets and his attempts in bringing himself out of being houseless.

Filmed between November 2016 and August 2017, Stein follows Tony Rodriguez life on the streets and his attempts in bringing himself out of being houseless.

“I wanted to make a documentary but I didn’t know how to approach it.  The idea was just to interview some people about how they became homeless and what their experiences on the street has been and how they have been trying to get out of homelessness, and Tony was one of the people I interviewed.

Just a few weeks later I bumped into Tony again, and I asked him if I could follow him around, and he said yes.”

The first day meeting up with Tony and filming, Stein finds Tony with the police being given a final warning before handing out citations for having his tent on the sidewalk. That confrontation was how the film opened up, and the events that happened for the next year.

San Diego native Rodriguez, 59, became homeless sometime around 2013 and has been homeless in East Village, San Diego ever since. As of the films screening on October 30, 2017, he is still homeless.

In the film we see Rodriguez make money by doing odd jobs, recycling, and finding things in dumpsters in hopes of finding something of value that is broken to fix, then sell. He said that one day he hopes he can open his own thrift store.

“I just want some meaning, guidance, direction in my life,” Rodriguez said.

Over the year the Rodriguez was followed, the film goes beyond what daily life is like on the streets as we see Rodriguez interviewing politicians, agency leaders and local advocates in San Diego. Stein explores the issue beyond the streets of San Diego to show what is being done on the issue of homelessness on a local and national level.

Stein and Rodriguez both worked together to demonstrate the current process that is being implemented to address the homelessness issue in San Diego, starting with a housing assessment process, and then talking to the regional task force, trying to understand what efforts are being done.

“Time passed and nothing was happening, so we decided to go to Houston,” Stein said.

Houston is the largest metropolitan region In the United States to make a real significant progress on reducing homelessness. Since The Way Home was implemented, the city of Houston has reduced the homelessness population from eight thousand to three thousand people.

Stein and Rodriguez provided a stark contrast to how the issue of homelessness is being handled by the city of San Diego and Houston.

“Houston has this program called The Way Home, a regional plan where all the government officials, regional planner, advocates and everybody else are all on the same page,” Stein said. “We were really inspired by what Houston has done.”

This was the last screening Stein said he was booked for, after months of screening locally in schools, churches and other venues. Stein even said he is contemplating on releasing the film free on YouTube, available for all to see.

Stein left the screening audience with a card, with two steps on what we can do to help.

“Step 1, Tell you county supervisor you want them to fully fund and implement the regional plan to end homelessness,” the card read. The second step redirected to viewer to the films website where Stein has provided various resources on what you can do to help.

“I hope this documentary can inspire somebody out there to form an advocacy group that will make sure the regional plans are fully carried out,” he said.

Jazz concert delves deep in the musical heart of the Chaldean...