An Alpine woman who concealed a gun inside a boot and shot a man at a party pleaded guilty March 22 to voluntary manslaughter.

Sentencing for Angela Marie Meza, 49, was set for April 22 in El Cajon Superior Court in the death of Lorenzo Alejandro Rodriguez, 42.

Deputy District Attorney Kristina Gill said Meza admitted to personal use of the gun which was fired from an UGG boot that was on her lap at a party in Alpine on May 16, 2017.

Meza could face a sentence of approximately 12 years in state prison. She remains in the Las Colinas Women’s Detention Facility on $4 million bail.

According to testimony at the preliminary hearing, party guests recalled Meza holding the boot in her lap, but nobody thought anything about it until they heard the lone gunshot.

One party guest testified March 28, 2018 that she saw smoke coming out of a hole in the boot. Guests testified that everyone immediately ran for an exit and some left through a window.

Witnesses said Rodriguez asked Meza why she shot him, but she didn’t respond. Rodriguez was shot in the torso at 6:35 p.m. and fell to the ground. At the time, Rodriguez was talking with someone about measuring something on the floor.

One guest remembered seeing Meza put her hand inside the boot, and others said she moved the boot back and forth. No specific motive has been determined.

A murder charge was dismissed after Meza pleaded guilty to manslaughter. Her trial had been scheduled to start on April 8.

A Spring Valley convenience store employee charged with biting a sheriff’s deputy was re-arrested March 20 after jumping bail and failing to appear in court.

A $200,000 warrant for the arrest of Layth Firas Mohammed, 23, was issued in February when he didn’t show up in El Cajon Superior Court on 12 charges involving a Dec. 17 incident at an Arco convenience store in the 9000 block of Campo Road.

Sheriff’s deputies showed up at the store Dec. 17 after there was a call of an employee chasing a customer with a knife. Deputies suspected Mohammed was under the influence of a drug at the time.

Mohammed allegedly lunged at a deputy and began fighting until he reportedly bit the deputy on the forearm. The deputy was treated at a hospital for the bite and other injuries.

Mohammed is charged with three felony counts of resisting an executive officer, possession of heroin for sale, being under the influence of heroin, exhibiting a knife in a threatening manner, battery of an officer and misdemeanor hit and run.

An April 5 preliminary hearing has been set for Mohammed, who has pleaded not guilty. He remains in jail on $480,000 bail.

A judge said March 22 he will issue a written ruling as to whether he will allow a sexually violent predator to be released to a house in Jacumba Hot Springs where he will live with supervision.

A number of people spoke against the release of Alan Earl James, 56, who has finished his 28-year prison term and has completed a program at a state psychiatric facility.

“I’m not inclined to shoot from the hip,” said San Diego Superior Court Judge Albert Harutunian III, adding that he will issue his written decision after reviewing the testimony and reports.

James was convicted in 1986 of kidnapping, child molestation, unlawful sexual intercourse with a minor and unlawful touching of three juveniles. After his sentence ended, he was found to be a sexually violent predator and sent to Coalinga State Hospital for treatment.

Two victims, a brother and sister, urged the judge not to release him. A man, who identified himself as “a victim of what happened,” told Harutunian, “I still believe he’s a danger.”

Deputy District Attorney Judy Taschner read a letter from another victim who said her parents moved to Campo which is close to Jacumba. She asked for “the tightest of restrictions” for James and added she would prefer he would be released to “an island.” 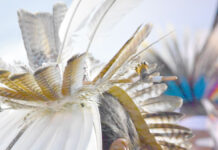 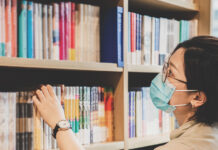 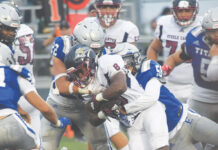