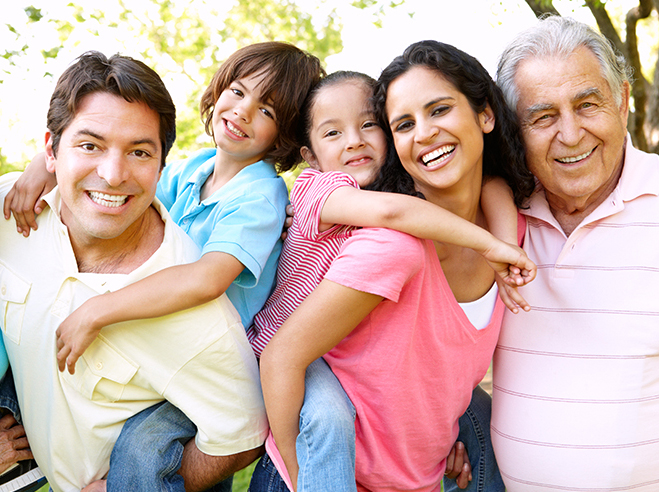 Hispanics are the fastest growing population in the U.S., and as the population has grown, so have instances of skin cancer. According to the Skin Cancer Foundation, melanoma incidence — the deadliest form of skin cancer — has risen nearly 20 percent in the last two decades among Hispanics.

Hispanics are the fastest growing population in the U.S., and as the population has grown, so have instances of skin cancer. According to the Skin Cancer Foundation, melanoma incidence — the deadliest form of skin cancer — has risen nearly 20 percent in the last two decades among Hispanics.

“Skin cancer is not just for fair- or light-skinned people,” said Dr. Mona Mofid, a board-certified dermatologist affiliated with Sharp Grossmont Hospital. “People of all races are affected. There’s a common misconception that people with darker skin aren’t at risk and don’t have to wear sun protection. Because of the misconception, Hispanics are more likely to be diagnosed at a later stage when skin cancer is more difficult to treat, or even deadly.”

She advises people of all ethnicities to take precautions such as wearing year-round sun protection and doing regular self-exams, checking the skin for suspicious spots and monitoring moles that may have changed in color, size or shape.

“Regardless of skin tone, vigilance needs to become standard practice. And if you see anything unusual, see your doctor,” she said.

One study found that nearly 40 percent of Hispanics sunbathe, but 43 percent admitted to never or rarely using sunscreen. Younger Hispanic women with lighter skin are also frequenting tanning beds more often. More than 419,000 cases of skin cancer in the U.S. are linked to indoor tanning, yet about 12 percent of 18- to 29-year-old Hispanic women use them.

“Tanning beds are contributing to skyrocketing melanoma occurrences in many younger women,” said Mofid. “It’s now the leading cause of cancer death in women ages 25 to 30. Outdoor exposure to the sun’s ultraviolet rays and indoor tanning beds are responsible for most skin cancers. Darker skin may produce more of a pigment called melanin to help protect the skin when exposed, but it’s still vulnerable.”

Certain types of skin cancer also appear more frequently in darker-skinned individuals such as acral lentiginous melanoma, an especially dangerous form that appears on the palms of the hands and soles of the feet.

Mofid adds that although skin cancer is on the rise, it is OK to enjoy the outdoors, as long as you protect your skin.

“Skin cancer is usually preventable if we take precautions,” she said. “Besides protective clothing like hats to shade your ears and neck from sunburn, wearing sunscreen when outdoors is one of the best things we can do.”

To select an appropriate sunscreen, she offers these tips:

•           Choose a broad spectrum that protects against UVA and UVB rays

Code switching and the diglossia of American political speech