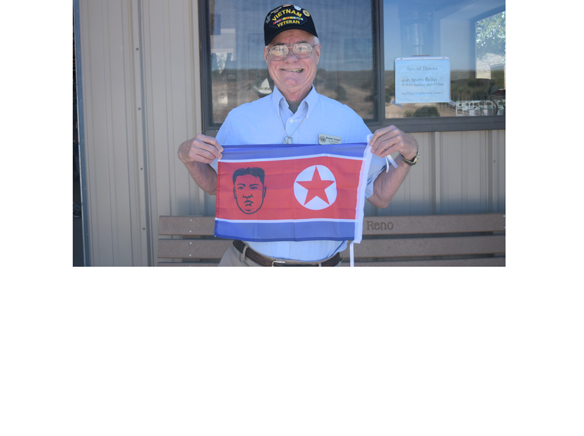 Safety and awareness was top of the list at the Second Amendment Awareness Event at the Lemon Grove Rod & Gun Club in Alpine. Around 130 people attended this annual event, collaboration between Assemblyman Randy Voepel, 71st District, the San Diego County Gun Owners Political Action Committee and the California Rifle and Pistol Association on Sept. 29.

Safety and awareness was top of the list at the Second Amendment Awareness Event at the Lemon Grove Rod & Gun Club in Alpine. Around 130 people attended this annual event, collaboration between Assemblyman Randy Voepel, 71st District, the San Diego County Gun Owners Political Action Committee and the California Rifle and Pistol Association on Sept. 29.

Open to people of all ages and experience, volunteers from each organization volunteered their time to teach children and adults safety in firearm use, many learning how to shoot a firearm for the very first time.

With three shooting ranges for pistols, rifles and shotguns, participants were able to bring their own firearms after being checked for safety issues or utilize many of the firearms provided for those who wanted to participate in the event, but did not own firearms. Now in its seventh year, this is the first year for Voepel as assemblymember to cosponsor this event. Former assemblyman Brian Jones partnered with organizations over the past six years to bring awareness of Second Amendment rights and the safety, responsibility and rights of legal gun owners. Voepel said the Second Amendment Awareness Event served to accomplish a couple of missions.

“One is to remind people that the right to bear arms is absolutely sacrosanct into the Constitution,” he said. “Number two, is anyone who has never shot a weapon and under safe conditions can be trained, safety certified and have a ball shooting for the first time. Also, for all of my National Rifle Association friends and everyone that loves to shoot we have ammunition that has been donated and many different rifles for people to shoot and different weapons. It is a great, fun day for shooters and people that respect the Second Amendment.”

Michael Schwartz, executive director for San Diego County Gun Owners Political Action Committee said it was happy to partner in this event and introduce new shooters who have never shot a gun before to the shooting sports.

“We have mentors and firearms so they can learn in a safe environment how to use a firearm in three of the firearm disciplines—rifle, shotgun and pistol,” he said.

“There are a number of organizations that do a great job at Second Amendment advocacy in Sacramento and Washington D.C. We focus on the 18 city councils, the county board, and sheriff. We endorse candidates, we help them get elected and we have more than 900 members in two years. We teach new shooters as well with events such as this and we engage with media and tell our side of the story, which is the story of sane, trained, law abiding gun owners that are truly the pillar of society,” he said.

Jason Jones, California Rifle and Pistol Association said the CRPA is the California equivalent to the National Rifle Association and been in existence for 144 years, just a little after the NRA came into existence.

“We are raising membership and volunteers at grassroots outreach to try and fight back against the blatant attack in California on our gun rights, especially for people who obey the law. That’s really what it comes down to. The gun restrictions, the only people they affect are gutting law abiding gun owners. Our represents all go to litigation and legislation not only to prevent the loss of our rights but to regain a lot of the rights we have lost,” he said. “We have youth hunts that we sponsor every year, a training facility in Fullerton, youth programs, hunters and conservation courses that we contribute to, and represent at local town halls.”