A Dec. 4 Federal ruling reinstated the 2012 executive Deferred Action for Childhood Arrivals order issued by then-President Barack Obama that allows approved individuals to legally live, work and attend school in the United States up to two years without fear of deportation.

The deferred action program, also known as DACA is aimed at undocumented students who came to the United States as very young children and have never known another home.

Many students who had been in the country legally under the program have watched their legal status expire since President Donald Trump reversed the executive order in 2017.

They meet with students enrolled at San Diego State University and community colleges and guided them through the process of applying or reapplying for the deferred action program.

When the program was rescinded in 2017, Alvarado explained, it affected students who were protected by the DACA program at the time but also cut off new applicants, including underage students in high school who would have been good candidates for the program.

“Now, with it being reinstated, it is a good opportunity for students and their younger siblings looking to go to school, get a job, and contribute to the economy,” Alvarado said.

“I would say 100 percent of college students came here as babies or toddlers, some of them don’t even know the language of the country they came from. If they were sent back, they would be totally lost,” Alvarado said.

Both she and Ayesta urge anyone who might qualify for the deferred action program to get their paperwork together as soon as possible.

“Working with students who are directly affected by the program is a great honor and we hope we’re able to help many for the first time. However, the window we have to file may be really short because this current administration might continue to attack the decision,” Ayesta said.

Ayesta also pointed out: the benefit of being able to legally stay in the country only lasts two years before an individual has to reapply.

And, because the program was issued by executive order, it could be rescinded again.

“This is not a permanent solution and these people have been going back and forth on a roller coaster,” Ayesta said.

For December alone, Ayesta said she has 65 appointments confirmed; Alvarado estimated about 100 will take place this month.

“It’s been a challenging time to represent clients and future clients because we have to handle a lot of emotions and uncertainty to questions where we don’t know the answers… on top of all their struggles we have a pandemic. Some people lost their jobs, some got sick, for some of them it was their first year of college and they’re working on finals,” Ayesta said.

Although most services have been transitioned to a virtual format while schools are operating online, Ayesta said in some sense “it has been good for the population we serve because they can schedule an appointment directly through the website without wondering who might be watching them make an appointment in our office”.

The team focuses on college students but they will also try to help family members if there is a direct affiliation, such as helping a San Diego State University student file paperwork while simultaneously helping their younger siblings do the same in order to keep families intact.

The workshops provide information on basic civil rights everyone has under the United States Constitution, regardless of immigration status and what individuals can do if stopped by a member of law enforcement.

The Higher Education team is providing legal services over winter break, she said, and students can make appointments, get information on upcoming Know Your Rights workshops and find additional help at: www.jfssd.org/hels

“There are so many mixed-status families in our area and we all know someone undocumented whether we realize it or not,” Alvarado said. 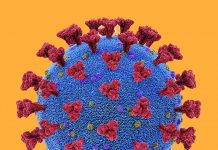 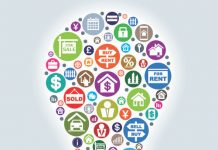