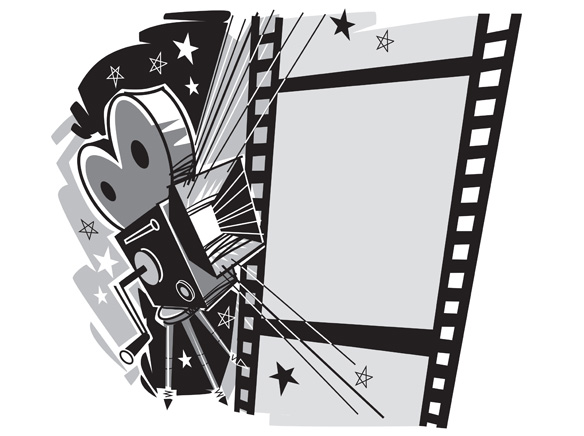 More than a century ago, East County San Diego was one of the world premiere locations for movie making, starting with silent productions filmed in Lakeside by the American Film Manufacturing Company, also known as Flying “A” Studios, with famous Allan Dwan as a director. First ever movies to be completed in Lakeside are “A Daughter of Liberty” and “A Trooper’s Heart,” both released on May 25, 1911 under Flying “A” Studios tutelage.

More than a century ago, East County San Diego was one of the world premiere locations for movie making, starting with silent productions filmed in Lakeside by the American Film Manufacturing Company, also known as Flying “A” Studios, with famous Allan Dwan as a director. First ever movies to be completed in Lakeside are “A Daughter of Liberty” and “A Trooper’s Heart,” both released on May 25, 1911 under Flying “A” Studios tutelage. The studio settled in La Mesa in 1910, using local actors and extras for dozens of popular westerns and short documentaries and completing more than 150 films in the area. A decade later, Sawyer-Lubin Pictures approached the city of La Mesa with a proposal to build a big movie studio in the Grossmont area on a land owned by Ed Fletcher. Finished in 1923, the studio is listed on IMDb with about half a dozen productions, thus forced to sell a couple of years later when it became “Grossmont Studio.” Ed Fletcher took over the building and turned it into a roller-skating place few years later, which put an end to the movie making industry in East County for the time being.

One of the most notable out of town productions in East County was Frank Capra’s early “Flight” shot in 1929 using twenty-eight airplanes and incorporating impressive aerial shots to recreate battle scenes as an homage to the United States Marines. The movie was shot in Fallbrook, La Mesa and El Cajon.

Stu Segal Productions, Inc. debuted in 1970 in San Diego and started filming the TV series “Renegade” in 1992, starring Lorenzo Lamas. Lakeside was one of the several location picked for many of the 110 episodes and the locals still remember seeing Lamas driving his motorcycle down Maine Ave or Moreno Valley, while others remember being hired as extras on the set.

During the following decades, over 700 movies were completed in San Diego and surroundings, most notable titles being “Citizen Kane,” “Some Like It Hot,” “Top Gun,” “Titanic,” “Pearl Harbor,” “Anchorman,” “Almost Famous” and “Traffic” among many others.

In the recent years, the local filmmaking community started organizing and working toward rebuilding San Diego as a hot spot for the movie industry, appealing to the local and state government for more friendly tax incentives and overall support which would benefit not just the local filmmakers who would not have to migrate en masse to Los Angeles anymore, but countless other businesses in the area.

In this context, pushing for a revival in the East County specifically its worth considering. Raul Sandelin, Writing professor at Grossmont College since 2002 and indie filmmaker, is trying hard to gather professionals, students and amateur moviemakers in the area to meet regularly, create a network that can provide support for future projects and also a non-profit partner to receive funding for movie projects. Sandelin organized the first meeting and is seconded by his partner cinematographer, Tony Butler who’s been in business for the past 25 years. Together with Butler’s brother, Jack, who has a recording studio, and graphic designer Lan Tores, Sandelin has a team of freelancers who produced several features and documentaries in the recent years. One important project to all of them is a documentary about Capra’s “Flight” movie, especially because both Sandelin and the Butler brothers were raised in El Cajon and are familiar with the exact areas used as locations for the movie. Sandelin is dreaming big at bringing Capra’s son, Frank Capra III to San Diego for the movie premiere when it’s going to be finished, which depends on the fundraising efforts.

“We want to create a community connected by a sense of camaraderie and go from there. We can become part of the Mother Goose Parade, maybe organize regular events where we invite celebrities to our area and place East County on the map again,” he said.

The group has a Facebook page and next meeting will be announced for November: East County San Diego Filmmakers.