With an infrastructure package on the books and the Biden administration’s $1.8 trillion “Build Back Better” measure preoccupying the Senate after passing the House, government spending is very much on Americans’ minds. In public meetings, I frequently hear people say that government’s share of the economy is too big, and it’s likely that voters’ feelings about federal spending will figure prominently in next year’s elections.

If you look ahead, even beyond the current debate on Capitol Hill, there will be intense pressure to expand even further. To deal effectively with climate change, reckon with the impact of an aging population, handle the health care needs of Americans post-pandemic—these are problems that will demand a role for government. Which, in turn, will mean more spending, more bureaucracy, more opportunity for corruption, and less space for individual enterprise.

Changing course will be extremely difficult. Inertia is powerful in government—once a program is established, it’s much easier just to let it continue, no matter how ineffective. And public interest in using government to solve real problems that people care about is a powerful force.

The challenge will be to develop a mindset that looks realistically at what government can and cannot do well and that appreciates that government’s ability to satisfy the demands it faces is limited. Overall, our goal should be to sustain a government that performs well, intervening where it can be effective and avoiding areas where it cannot be.

How do we do this? We have to focus on where government is being asked to intervene and ask whether it’s really necessary and whether there are market-based or other solutions that are preferable. We have to examine the effectiveness of public programs—at the federal, state, and local levels—where one is not, either cutting or eliminating it.

When I first entered politics, I thought that making government more efficient and effective was such a blindingly obvious goal that everyone would rush to embrace it. And, rhetorically, most people—both in and outside government—do. But regardless of their ideological hue, they all have their exceptions. Add those up, and you get a government that never stops growing.

What we need, in the end, is to lower our expectations of government. So far, we haven’t shown that we’re very good at it.

Lee Hamilton is a Senior Advisor for the Indiana University Center on Representative Government; a Distinguished Scholar at the IU Hamilton Lugar School of Global and International Studies; and a Professor of Practice at the IU O’Neill School of Public and Environmental Affairs. He was a member of the U.S. House of Representatives for 34 years.

Against electricity rate hikes and the gift to PG&E 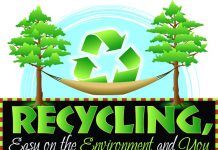 Educators can be climate leaders

Get to know Boxing Day

How to avoid a season of misgiving