Questionnaires were sent to candidates hoping to fill the Board of Supervisors seat that will be vacated by termed-out Dianne Jacob. Only two responded. Two of the candidates’ answers are below.

Tell us a little about yourself, where you live and why you are running for District 2 San Diego Board of Supervisors.

I have served on the Lakeside Community Planning Group as a volunteer for over four years and currently serves as chairman. During my tenure on that committee, I have realized that there is ample room for improvement in our local government and the services provided to everyone in the community. I believe in a fair, business-minded approach to solving problems in union with personal consideration for our community. I have been involved in numerous issues affecting San Diego County from land use issues to private property rights.

I have been an active fundraiser for Rady Children’s Hospital for the past 15 years. Many of you reading this have probably been at our ranch for our annual dinner-dance fundraiser.

After building homes and working in real estate for over 30 years, I have learned a great deal about business, families, San Diego, and working with the government. I know that electing another career politician is not in the best interest of our community. By electing me as Supervisor for District 2 you will get the approachable, common sense hardworking individual not beholden to special interest groups.

What are your top three priorities at the county level and how do you expect to make an impact?

With the passage of Proposition 47 in 2014, the “bad elements” know that they can steal up to $950.00 worth of stuff and most likely nothing will happen to them.  We need to work with the Sheriff and District Attorney to convey the message that any theft will be prosecuted!!  In addition, due to the State’s early release program more convicted criminals are walking the streets.

The Homeless problem didn’t start yesterday — our current leaders have let the issue get out of control. We need to give our Sheriff Deputies the tools to arrest law breakers that our ruining our parks and defecating on our streets.  We need to fix the housing issue and I propose we institute a housing solution utilizing temporary shelter and beds similar to what the military constructs.

We need to have fiscal responsibility for the County of San Diego. There is a pension problem to tackle, a hiring freeze to put into effect, and the lack of reserve funding for the future. The economy is doing great, but we need to keep our eye on protecting the taxpayer funds and being efficient with the budget, the government cannot be wasting tax dollars.

What are your opinions in the encroachment of urban and professional expansions in East County’s undeveloped wild spaces?

We need to immediately push back against adding more high-density projects in areas that lack adequate roads and services. Secondly, if there is an appropriate project it must be connected to appropriate parking, so residents don’t park a mile from their home.

What makes you the best candidate for District 2 and why?

Non-politician and one term! I will bring fresh ideas and I will not be beholden to special interests nor will I be focused on re-election. The focus will be where it should be, protecting all residents of the County, controlling the budget, and emphasizing a positive business environment.

Having served on Lakeside Planning Group and the Design Review Board I have interacted with community members who have shared their concerns with me on several issues facing our district. The following is only a partial list of the issues presented to me by the community:

Require the Board of Supervisors to hold meetings at night in their district to cover controversial issues.

Concern for the size of the growing departments at the county level that seem to be less efficient. A desire to reduce the size of county government and regulations.

Need an explanation from the county officials on how they plan on funding the several billion dollars of unfunded liabilities in the County Pension plan.

Tell us a little about yourself, where you live and why you are running for District 2 San Diego Board of Supervisors.

I grew up in East County and I currently live in Alpine with my wife of 31 years. We raised our three children here and that’s why I’m running for Supervisor to ensure that my children and grandchildren will be able to enjoy the same opportunities my wife and I had raising a family in San Diego County. Lack of county leadership has led to a mental health and homelessness crisis, out of control housing costs, too many taxes and fees, traffic gridlock and dumping of sex-offenders in East County. As your Supervisor, I will fight for East County and our quality of life.

What are your top three priorities at the county level and how do you expect to make an impact?

Over the years, I have been out talking to voters in East County about their concerns. Roads, the cost of living (housing) and homelessness (mental health) are at the top of the list.  As your State Senator, I’ve always prioritized my constituents and I will as your next Supervisor.

Every year I hosted a Holiday Legislative Open House which was my opportunity to hear your ideas on what needed to be fixed in government. Sixty percent of the bills I would introduce every year started as ideas from someone who attended my event and shared their thoughts. My goal was always to support ideas that lift our community and as your Supervisor this won’t change. I’m not afraid to work across party lines to move the ball for those I serve. While I was your State Senator, I authored 453 bills with those in the majority party while also remaining true to my values. Politics doesn’t always have to be an us against them and I have proven it. We need to be laser focused on policies that lift our community and help address real problems that we are facing like homelessness and high cost of living.

What are your opinions in the encroachment of urban and professional expansions in East County’s undeveloped wild spaces?

East County has beautiful open space that should be preserved and enjoyed by the public. It is important we balance our quality of life with the professional needs of our County. In fact, since 1998 the County of San Diego has invested $202 million dollars to acquire more than 22,000 acres of open space for the purpose of conservation. As your Supervisor, my goal would be to ensure that these public lands are available for public use to encourage recreational opportunities in our beautiful back country. If we are going to make the investment in conservation, we should ensure the public is always provided the opportunity to enjoy these beautiful spaces.

What makes you the best candidate for District 2 and why?

As your State Senator, it was my goal to make government work for you. I never forgot that you were my boss and I worked hard every day to fight for you. Every year my office solved over 1,000 cases for those who were having trouble with onerous State agencies like the DMV or the Franchise Tax Board. I would host 8-12 “Community Coffee” town halls across my district from Julian to La Mesa because I believed that you should have direct access to me. As your County Supervisor, these proactive open-door policies would continue because effective, efficient and accountable government is my goal.

I believe in the saying, “when a man promises you the world tomorrow, ask him what he did yesterday.” My voting record that has been recognized by numerous organizations such as the Howard Jarvis Taxpayers Association, the California Taxpayers Association, the California Chamber of Commerce and I’ve been awarded 27 prestigious “Legislator of the Year” awards from respected organizations such as the: California State Sheriffs’ Association, Crime Victims United, American Legion, California Veterans of Foreign Wars Department (VFW), Vietnam Veterans of America and others. This election is important for the future of East County and we need a voice that will fight for us.

It was an honor to serve you as your Senator and it would be a privilege to have the opportunity to represent you as your County Supervisor. 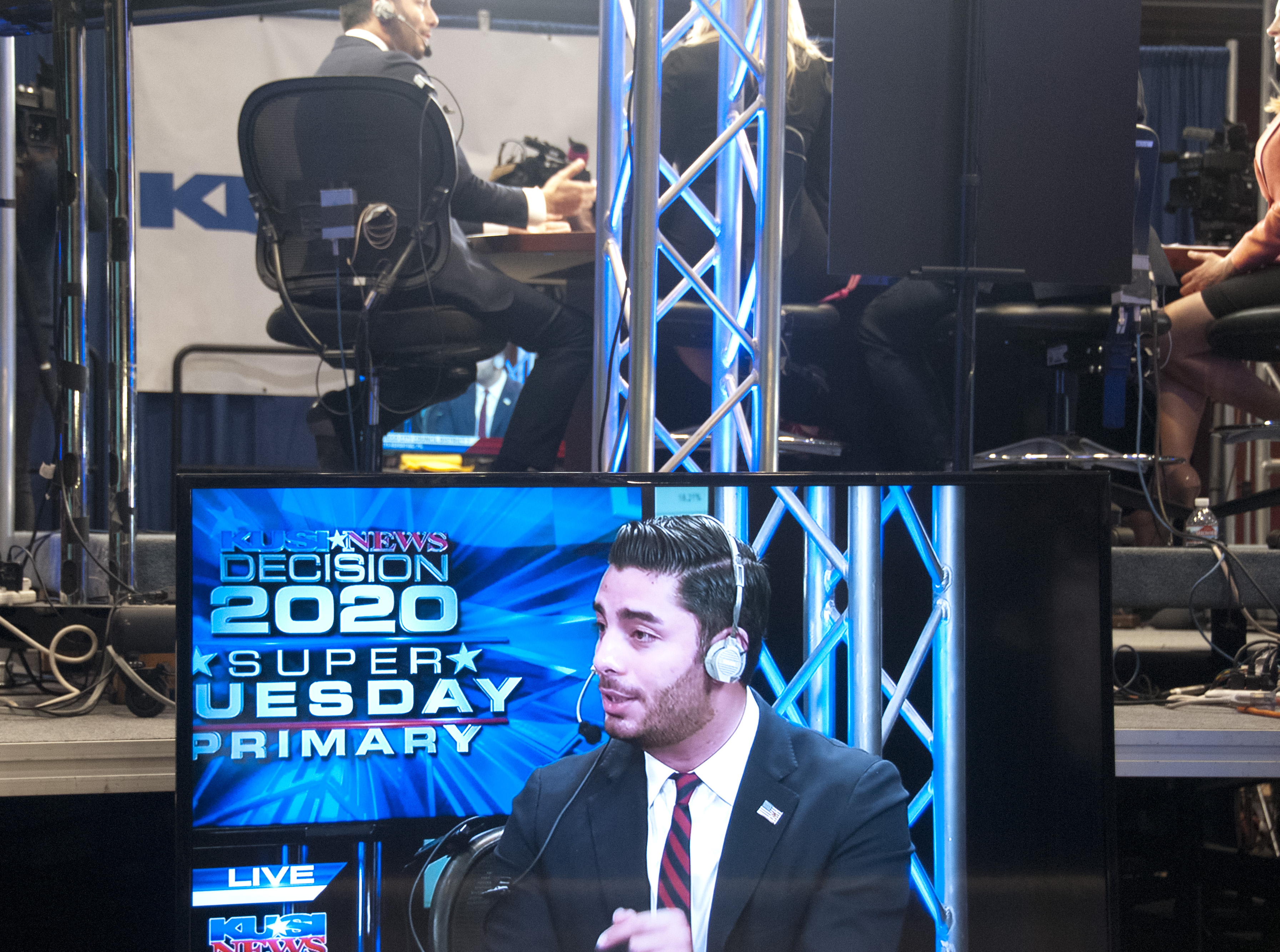 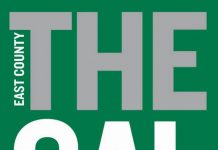 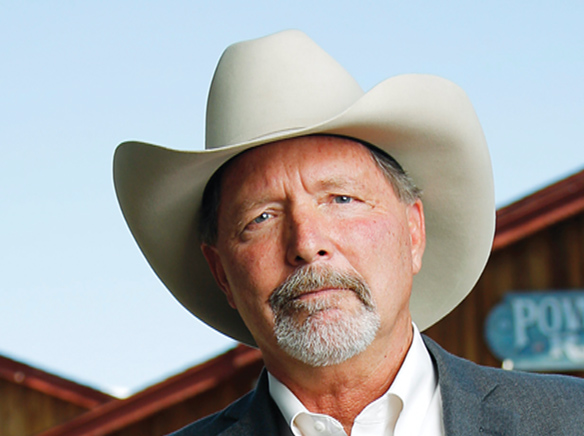