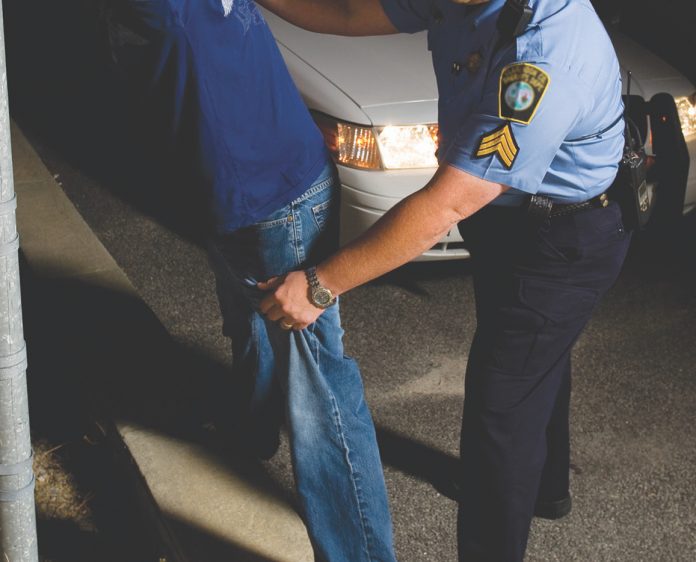 When video emerged this summer of La Mesa police officer Matthew Dages manhandling and eventually arresting a 23-year-old man sitting near the Grossmont Center trolley stop, residents and civil rights activists called for an internal investigation and the officer’s termination.

Dages is white and the man, Amaurie Johnson, is Black.

Dages had said he initially approached Johnson because he was smoking but then arrested him for allegedly assaulting the officer as he was being detained. Video footage did not show an assault and the department eventually dropped all charges against Johnson.

Dages was placed on administrative leave.

The confrontation came at a time when protests against police brutality occurred nationally and locally, with one protest in La Mesa over the Memorial Day weekend culminating in police shooting tear gas at protestors and a riot in the city’s downtown village.

According to labor attorney Laura Drottz Kalty any hope that Dages—or any California police officer—would be immediately fired should be tempered.

“Private sector employers, in many cases are ‘at-will,’ meaning that they can be separated, removed from their employment for any reason,” Kalty said during an Aug. 13 town hall meeting. “The distinction in the public sector is that public sector employees have a Property Right in their job and cannot be disciplined or fired without a proven showing of good cause.”

Kalty said it is important to understand that distinction because this process takes longer than other employment settings.

Kalty is a partner in Liebert, Cassidy, Whitmore, a law firm that has acted as special counsel to the City on several police-related matters in the past.

Kalty said when a city is concerned about potential misconduct or policy violations, the city assesses that the it is going to do an administrative investigation, which happens relatively quickly. This means that that city believes that some policy has been violated and seeks information on whether it needs to act against an employee or a police officer.

“We want to distinguish that from potential criminal consequences where that could also be separately investigated by the District Attorney,” she said.

“Where I see agencies looking at referring matters to an external investigation is if the matter is especially complex, high profile, controversial, concern about some kind of conflict of interest or bias,” she said.

“Typically before an investigation report is finalized it is forwarded to legal for a review of any concerns about legal issues, the report is finalized and that final report is forwarded to the chief of police who is now going to review and assess potential discipline,” said Kalty. “Once the chief has that final report, typically the chief is going to take range of 3-5 days to thoroughly review the report and access what needs to be done next.”

Kalty said this can turn out two ways. It may be determined that no disciplinary action is necessary, and the matter is closed, or it is determined that there are sustained findings. If significant enough, the chief will issue a Notice of Intent to discipline.

Before the city or any public agency can affect the employee’s job, affect their paycheck, they must be provided with procedural due process.

Procedural due process starts with that Notice of Intent that the chief prepares, in it they will articulate the facts supporting discipline, specific charges, policy violation, relevant personnel history, relevant documents, and that is provided to the employee. The employee can review that information and request an opportunity to respond.

Kalty said public employees also have the right to post discipline due process. This comes in the form of a post discipline appeal hearing. She said this process, depending on the municipality, could take several months, and ultimately must prove factual conduct that supports disciplinary action. If an employee disagrees, they may pursue litigation in superior court which can take 6-12 months.

In the case of Dages, the department revealed on Aug. 7 revealed the three-year veteran was no longer employed by the city of La Mesa. City officials would not reveal details surrounding his departure.