Performer takes act from the high seas to the Magic Castle

Christian Heritage College graduate Kevin Johnson has previously performed at The Magic Castle. The elimination of live entertainment during the coronavirus shutdown is currently preventing anybody from performing at the Magic Castle, but the ventriloquist and magician along with two other magicians and a publicist worked with The Magic Castle for a virtual variety show Johnson hosted Jan. 23.

“How can you pull a show together like that virtually? That is amazing technologically,” Johnson said.

Johnson conducted his part of the show, including introducing the other acts as well as performances, from his master bedroom in his home. Martin Lewis and Anthony Hernandez performed from the home of assistant and publicist Dawn Morgan.

“The producer was actually at The Magic Castle in Hollywood,” Johnson said.

Michael Fogiel was the producer for the show. His actual title with The Magic Castle is information technology director. “In a Zoom show you’re now the stage manager,” Johnson said.

Johnson had been performing on cruise ships for 13 years, but those cruises came to an end because of the coronavirus outbreak. “It put a halt to that,” he said.

“We kind of got into the virtual world,” Johnson said. “We got into it. Our first show was in August.”

Johnson thought he would be returning to cruises in November. “All my ships cancelled for the rest of the year,” he said.

Hernandez and Morgan have more experience with virtual shows because they are available in the daytime. Johnson’s children are involved in distance learning, which has the priority for the limited bandwidth at Johnson’s home. “I had to pull back on some of the daytime shows,” Johnson said.

Johnson’s oldest child is now 22 and his youngest is five. His daughter Cora turns 13 on Jan. 31, and when she was born Johnson utilized his ventriloquism skills and threw his voice in the delivery room.

The second oldest of Johnson’s children, Cody, is now 18. “He actually runs my show,” Johnson said.

Those duties include video, lighting changes, and scene changes. “He runs everything. He’s fantastic,” Johnson said.

Johnson is originally from Colorado and came to San Diego County to attend Christian Heritage College (now San Diego Christian College). He began working in ventriloquism in 1979 and has been a full-time performer since 1999.

Hernandez and Johnson performed together at the Welk Resort for five years. They later were part of the same show at Legoland. “We keep crossing paths,” Johnson said.

“The chemistry between Anthony and myself, I actually love it,” Johnson said. “It’s been a real blessing coming back together.”

They do more than just sharing billing and venue areas with the virtual shows. “We’ve had to interact much more,” Johnson said.

The Jan. 23 show was preceded by practice sessions to ensure that the technical aspects did not fail.

Johnson noted that producing a virtual show isn’t just a matter of having a camera and a computer. “There’s a lot more that goes into it,” he said.

Mastering the technical elements doesn’t by itself make a virtual performance successful. “It’s been a real challenge to find the audience,” Johnson said. “If you want to make it you’ve got to face the challenge.”

Morgan’s work as a publicist isn’t limited to Hernandez’s performances. “She is the brains behind all the virtual variety show,” Johnson said. “Social media’s such a small portion of good PR.”

The Magic Castle, Johnson, Morgan, Hernandez, and Lewis all contributed to the publicity for the Jan. 23 show. “It’s a joint effort for sure,” Johnson said.

The show attracted just over 200 purchases. “It was nice to see that we’ve established a following in the virtual world,” Johnson said.

Because each $20 purchase allowed all users from a computer or an interconnected household to watch, the viewership was likely higher. “It is truly for a household,” Johnson said. “With a family like mine we benefit from a $20 per ticket because I have five children.”

The advantage of audience interaction led to the decision to use Zoom. Some other platforms allow the audience to respond with chat comments. “When I have my hand in these birds I don’t have time to read chats,” Johnson said.

Two bird puppets are part of Johnson’s act: Clyde is a buzzard and Matilda is a cockatoo. Johnson also has an old man puppet named Harley. His puppets also include Zeke, who was not part of the January 23 performance. “We only had 15 to 20 minutes to perform,” Johnson said.

The Jan. 23 show was for one hour for all three performers. “We all split the show evenly,” Johnson said.

Johnson had somewhat of a larger role than Hernandez and Lewis. “I took on an opportunity that I normally don’t take on, and that was the host,” Johnson said.

As the host Johnson introduced the show and the other two performers, and he also had his own performances between the magician acts. “It was so much fun. I can’t wait to see the video,” Johnson said.

The video will allow Johnson to view what duties January 23 didn’t allow. “I was so focused on making sure that it was flawless,” he said.

Johnson had hosted a virtual show in November. “I had never been asked to fulfill that role, and it was lot of fun,” he said.

The lack of a live audience makes Johnson’s work as a performer more challenging. “You have to retrain and reinvent yourself,” he said.

“It’s so difficult to be able to perform without having that interaction with a live audience,” Johnson said. “It was not easy at first, but we’re getting better at it.”

Johnson is primarily but not exclusively a ventriloquist. “I actually do magic, and that was the dry erase board,” he said.

The dry erase board was part of his January 23 virtual show. “Using audience suggestions we draw the face and it comes to life,” Johnson said.

Audience suggestions have historically been a highlight of Johnson’s act. “Most of our shows are like a skeleton and we let the audience put the meat on it,” he said.

“The audience always steers the direction, but it can be harder in the virtual world to pick up on those cues,” Johnson said. “It’s just a very different way to watch a show.”

All audience members were muted. “A distracting microphone can really throw the show off,” Johnson said. “You rely 100 percent on facial reactions.”

Feedback after the performers and support crew watch the video may determine what changes are warranted for future shows.

“I’m very thankful to be working with Dawn and Anthony on the ultimate virtual variety show,” Johnson said. 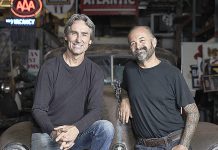 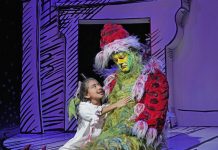 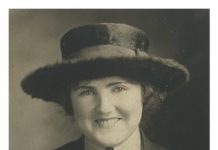