In 1987, a dear family friend and nationally acclaimed newspaper columnist published a book encouraging readers everywhere to write their memoirs. Everybody has a story, he seemed to say, and everyone from the youngest of family members to community leaders can benefit from such efforts at grass-roots posterity.

There are a thousand stories in a single blade of grass, the saying goes — and one very rough approximation holds that the world contains 1.02 quintillion such strands. Multiply that by those thousand stories, and you’ve got enough material to reach Saturn (a billion miles away) at least 1.02 sextillion times.

That oughta keep a few editors and writers busy at least through Christmas.

Turns out, my friend was a writer after Mt. Helix resident Kristen Fogle’s heart.

Fogle, seven-year executive director of San Diego Writers, Ink and a veteran editor, writer and stage performer, has authored “Dare to Write: Creative Writing Prompts for Young People and Word Rebels Everywhere,” whose title suggests everything my friend’s book laid out in whole.

At 176 pages, the Rockridge Press entry happens to feature a memoirs section, and it goes several steps better — it features instructions and exercises that help develop a compelling narrative, characters, setting, dialog, conflict and resolution.

The book is geared toward everyone from teen first-timers to professionals looking for a fresh perspective.

“I just think,” Fogle says, “that everyone should be writing their story. Obviously, it is a politically tumultuous time, and I think that we need honesty and truth in storytelling specifically at this point in history.

“A good prompt,” she continues, “can ignite a poem, free a trapped novel, trigger a cathartic brain dump, let a singed heart speak or simply give you space to rant about the burnt pizza, if that’s what you need to do. The point of writing doesn’t have to be publishing a novel but writing well helps people organize their thoughts and communicate more effectively. With that comes a more fulfilling life.”

With that also comes the intellect to process that fulfillment. The blog helpscout.com is among scores of references to the psychological benefits within writing, especially by hand.

“Writing,” it says, “has been shown to help people communicate highly complex ideas more effectively. Writing helps eliminate ‘it sounded good in my head’ by forcing your hand. Brains forgive fuzzy abstractions; prose does not.”

The publication of “Dare to Write” coincides with National Novel Writing Month, which encourages aspiring writers to take the month of November to write the novel they’ve always wanted to. This is a worldwide Internet-based project wherein participants write a 50,000-word manuscript, focusing on length rather than quality,  between Nov. 1 and Nov. 30. They’re issued suggestions for overcoming writer’s block, information on where they’re meeting and locales for support.

In turn, the event potentially provides some collateral toward Fogle’s effort.

“When I teach writing classes or lead groups,” she explains, “attendees often approach me to say they wished they had all of the writing prompts we discussed in our workshop so they could refer to them later. Additionally, I want to offer my San Diego students a workbook based on the principles and strategies I’ve developed . . .”

Potential writers may harbor somewhat similar stories, Fogle says, “but (a single story is) never going to be told from your point of view and your time in history and the exact location that you are.

In that respect, writing is also a communal effort. Ideally, this book enhances the writing fraternity’s groupthink mentality, much the way a general-assignment journalist is served by parlaying his craft among the masses.

“Look what it did for my youth,” my friend quipped about the newspaper game. “I don’t think I could have had one without it.”

He died in 2013, in excellent health and amid the local readership’s adulation, at age 99.

The San Diego Writers, Ink website is located at sandiegowriters.org; the phone number is 619-696-0363. 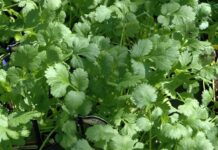 A ray of Sunshine comes from the Lamplighters stage