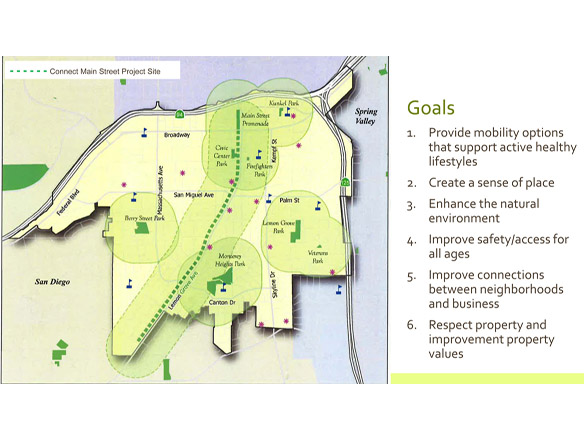 The Californian Natural Resources Agency announced in March $18.5 million in funding for 13 projects under its Green Infrastructure grant program funded by Proposition 68. This came as good news to Lemon Grove, as the Agency provided $1,470,7555 to its Connect Main Street project which will connect Main Street’s vision on a facilitated multi-mobile transportation between local neighborhoods, businesses, promoting an active lifestyle, active living, as well as enhancing the natural local landscape and trail access.

“Between those boundaries we’ll focus on creating biking, recreational trails, additional green space as well as touching on some of the cultural exhibits along that entire stretch,” James said. “There will be some spots where we will have road closure, closing down those roads and putting in those multi-mobile trail use, bike paths, and some additional recreational amenities on the entire route.”

James said the city is excited because this Phase 3 grant could tie in with another grant the city received from SANDAG, part of the Smart Growth Improvement Program, which is funding Phase 1 and Phase 2.

“In total, this grant, along with the previous grant is almost $4 million of work that we are going to be performing,” James said. “With the progress that we are making with three separate grants for three of the seven phases of the entire Connect Main Street project, we are hopeful that that gives us city momentum when we start looking out and applying for additional grants to complete the remaining four phases.”

“These awards will support disadvantaged communities in reducing their carbon footprint and enhancing natural spaces throughout the State,” Natural Resources Secretary Wade Crowfoot stated in a press release. “It’s projects like these that help set California on the path to achieving more sustainable, climate resilient communities.” 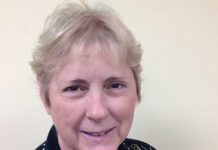 Sentence given to man who fatally beat housemate