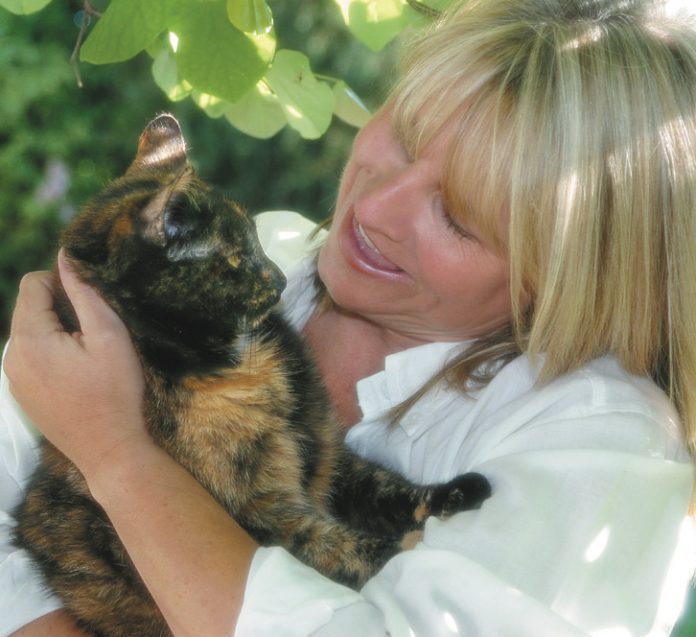 Lionel’s Legacy, a non-profit dog rescue based in East County, is offering financial assistance for pet owners who cannot afford unforeseen veterinary bills in an effort to keep pets with their owners in times of need.

Director of Operations Laura Oliver said the program was born from a realization that many surrendered animals come from people who love their pets but can’t afford to keep them as they age and often require specialized medical care.

“It was heartbreaking taking people’s pets, especially senior citizens who would surrender their animals simply because they couldn’t afford to feed them and wanted them to have a better life. So often, we were spending money to foster someone’s pet until finding them a new home so we thought: why not start an intervention program with that funding? We started putting aside a little money each month to offer an assistance program,” Oliver said.

At first, she said, they didn’t have a lot to work with but they decided to let partner shelters know what they were doing because that’s where people in need would go to surrender their dogs.

Then, they started reaching out to veterinarians in the area, knowing people were hitting a wall when faced with large medical bills.

“As their clients came in, they could tell when someone had to decline care. Having to make hard decisions on a limited budget without being able to afford major medical care or surgeries for beloved pets— there is no easy answer. Reaching out through vets started to help a bit, we were catching surrendered pets earlier and helping them stay in their homes but we still have trouble getting the information out to those in need,” Oliver said.

It has now been about five years, she said, and the program continues to grow. As information about the program gets out to the public, they’ve started to get more requests for funding, including through the Humane Society.

Each year, funding grows and the team continues to cover some expenses to keep pets in their familiar homes rather than spending money to find them a new one.

“Most of the base from that first year was built out of donations on top of what we put aside, like people donating in honor of their pet. The second year, we dedicated money straight from the operating budget. This last year, we ended up getting a $30,000 grant from the John R. Peterson Foundation so we have more funding than normal,” Oliver said.

The grant coincided with the unforeseen COVID-19 pandemic, she said, “when the one thing people need so badly is their pets”. Although the original goal of the program was to keep pets with senior owners, the group decided to open up funding to those who hit financial challenges due to the pandemic, recognizing that some people might only have their pet to stave off loneliness.

“It was the right thing to do. You know, here they are in a place where they love their pets so much and want to take care of them and have come to terms that another home might be better for them. People will forego their own needs for their pets, cutting back on their own medications and food to get whatever their pet needs, until they can’t even afford that. Most of the time, people are in tears when we’re able to help them because they’re so grateful,” Oliver said.

Although there is a limit to how much they can help— $650 per year for each household— that funding makes the difference for many people and the group has the ability to reach out to larger organizations in certain situations, Oliver said.

“We have some people who have multiple pets who fill out an application every year. Others just need one-time help. We had a veteran with a 13-year old dog who made it to 16 with medical care. We absolutely knew that was worth the investment,” Oliver said.

Up until 2020, she said, they helped about 20 dogs stay in their homes in addition to rescuing and rehoming about 110 each year. The bottom line, she said, is that funding a little help for 20 dogs each year “means that 20 dogs who aren’t in the system,” and well worth the funding.

Additionally, because they are familiar with many veterinarians in the area, they are sometimes able to divert a pet to less expensive care by knowing who discounts certain services. While not a true ‘second opinion,’ Oliver said it sometimes alters the outcome by bringing prices down into affordability for some people.

“If you’re willing to use one of the vets we frequently partner with, we can usually get a discount but if someone knows and loves their vet we won’t undo that situation. We will partner with any vet. We can usually make something work out and we really haven’t had to turn anybody away,” Oliver said.

Even hearing about approval over the phone, she said, most applicants can’t believe someone is going to help them keep their pet.

“We feel like we get to be little miracles in their lives,” Oliver said.

Not all women need chemotherapy for breast cancer