A judge sentenced a Lakeside man Sept. 14 to 15 years in prison for voluntary manslaughter in the 2016 shooting of Brandon DeGuzman, who was killed in El Cajon over a drug debt.

Tristian Eric “Cowboy” Klingensmith, 21, received 11 years in prison for manslaughter plus two years for committing the offense while out on bond on another case.

A judge sentenced a Lakeside man Sept. 14 to 15 years in prison for voluntary manslaughter in the 2016 shooting of Brandon DeGuzman, who was killed in El Cajon over a drug debt.

Tristian Eric “Cowboy” Klingensmith, 21, received 11 years in prison for manslaughter plus two years for committing the offense while out on bond on another case.

Deputy District Attorney Jihan Yacoub said Klingensmith also received three years consecutively for possession of methamphetamine for sale, being a felon in possession of a firearm, and possession of an assault rifle.

He was ordered to pay approximately $5,000 to the victim’s compensation board for DeGuzman’s funeral costs, an amount he may share with the alleged gunman, Richard James Gunner, 24.

Gunner has a preliminary hearing set for Nov. 7 in El Cajon Superior Court. He is accused of murdering DeGuzman, 21, by shooting him in the face on Sept. 24, 2016.

DeGuzman was found lying on a sidewalk at 6:30 a.m. in the 500 block of Danny Street in El Cajon. Gunner is also charged with burglary, robbery, and conspiring with Klingensmith.

Klingensmith was given credit for serving 407 days in jail. Charges involving an Aug. 8, 2016, burglary in Santee, and other weapon possession counts were dismissed.

Klingensmith pleaded guilty July 26 to manslaughter, possession of methamphetamine for sale, and the two weapon charges.

According to the conspiracy charge, it was Klingensmith who recruited Gunner to threaten DeGuzman over a drug debt. He allegedly offered Gunner a commission to collect on his drug debts.

Gunner has pleaded not guilty and remains in jail on $2 bail.

A judge ordered a 53-year-old man Sept. 11 to stand trial for a Lemon Grove murder that occurred 31 years ago.

Stacy Littleton was ordered held to answer for the Oct. 11, 1986 murder of Cyrus Jefferson, 20, who was found dead from stab wounds in a field in the 2500 block of 69th Street in Lemon Grove.

Deputy District Attorney Chris Lindberg said a glove found near the victim’s head tested positive for DNA of Littleton, who was an acquaintance of Jefferson at the time.

El Cajon Superior Court Judge Lantz Lewis heard witnesses at the preliminary hearing and ordered Littleton to next appear in court Sept. 25 to set a trial date. He has pleaded not guilty and remains in jail on $1 million bail.

Robert Fullmer, now 77, testified he worked on the Jefferson murder case as a sheriff’s deputy and read reports he made in 1986 into the court record.

Another deputy testified about interviewing a woman who saw a pickup truck stuck in the mud around the time of the murder. The witness said headlights flashed and two men appeared to be looking for something before driving off quickly.

La Mesa Police officer Todd Snyder testified he arrested Littleton on June 12 on a misdemeanor warrant. He said he found a clear plastic baggie with methamphetamine that fell out of Littleton’s pants’ leg.

Littleton is also charged with attempting to bring meth into the jail.

John Nasshan, 55, of Jamul, has been fined $1,000 and placed on three years probation after pleading guilty to a federal conflict of interest charge.

Nasshan has resigned his job as a U.S. Navy port engineer who was in charge of administering projects at the Navy’s Southwest Regional Maintenance Center in San Diego.

Assistant U.S. Attorney Phil Halpern did not recommend any jail time for Nasshan at his sentencing before U.S. District Court Judge Janis Sammartino.

Nasshan had loaned $30,000 to a friend who was the president of defense contracting business and who had a project approved by Nasshan.

His friend, Alfonso Liburd, 67, also pleaded guilty to aiding and abetting a conflict of interest, and will be sentenced Nov. 17. Liburd remains free on his own recognizance.

Sammartino said she was sympatric to Nasshan’s situation as he had a long, distinguished career and did not benefit financially in this case. Nasshan loaned the money to Liburd, a lay minister, so he could make payroll.

Nasshan subsequently has been debarred and prevented from working on future Navy contracts. The same restriction could happen to Liburd, who is president of NevWest, which provides communication services and computers to Navy ships. 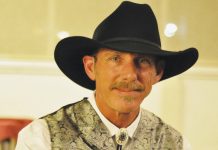