Anthony Raymond Rivers, 30, of La Mesa, has pleaded not guilty to fatally stabbing a 19-year-old man in National City in 2005.

Anthony Raymond Rivers, 30, of La Mesa, has pleaded not guilty to fatally stabbing a 19-year-old man in National City in 2005.

Vazquez was stabbed in the chest and ran away, but Rivers caught up with him and stabbed him multiple times, said Eacret. Rivers is charged with committing the murder in association with a criminal street gang.

One person was arrested in 2005 and sentenced to 13 years in prison. Jorge Ibarra, 30, was arrested Jan. 25 and is awaiting sentencing for voluntary manslaughter. Rivers remains in jail on $3 million bail and Ibarra is also behind bars.

A former Uber driver who admitted to raping a passenger in El Cajon and sexually assaulting eight others was sentenced Nov. 8 to 80 years and four months in state prison.

The attorney for John David Sanchez, 54, of San Diego, asked for a 29-year sentence, but Deputy District Attorney Kerry Conway asked for a sentence of 96 years and four months.

“I think this defendant has earned every single minute of those years,” said Conway.

Sanchez was first arrested in Feb., 2016 when an intoxicated woman, 26, called El Cajon Police, saying she had been raped by an Uber driver in his car outside her home.

Sanchez posted bond, but was re-arrested March 30, 2016, after El Cajon Police served a search warrant on his home and discovered extensive home videos on his computer that showed he sexually assaulted at least eight other women and girls.

Police never identified two victims and it appears there are possibly two others depicted in the videos, said the prosecutor.

Sanchez met a 13-year-old girl at Parkway Plaza and she invited some friends and others who partied at Sanchez’s residence, going back to 2011. He gave them alcohol, tranquilizers and marijuana, said Conway, and most of the sex acts occurred while they were either asleep or unconscious.

“This man took advantage of them. He plied them with alcohol…and waited until they passed out,” said Conway.

“He videotaped it so he could relive it again and again,” said Conway. “It was pure evil.”

Kirvin gave Sanchez credit for serving 617 days in jail and fined him $13,535. It is unlikely that he will ever be released due to the long sentence. He was banned from contacting the victims for 10 years.

Six young women attended the sentencing, but they did not speak. Sanchez said nothing.

Sanchez’s attorney, Peter Blair, said while the “conduct in this case is inexcusable,” Sanchez did show “ a great deal of remorse.”

Sanchez pleaded guilty Aug. 21 to 31 sex charges that included rape of an unconscious person, two counts of using a concealed camera to videotape sexual activity of unconscious victims, and a charge of dissuading a witness from testifying.

Conway said most of the victims did not know they had been sexually assaulted and had to be informed of that by police once the videos were discovered.

Sanchez has previously worked as a disc jockey and at a fitness club.

Bail was set at $5 million Nov. 7 for Jarrett Wishnick, 26, who pleaded not guilty to stabbing a man to death at a gas pump at a Ramona store.

Steven Faught, 59, was stabbed 10 times in the Nov. 2 incident at the Stage Stop Liquor store in Ramona.

El Cajon Superior Court Judge Robert Amador set a preliminary hearing for Feb. 1, 2018. Both Wishnick and Faught lived in Ramona and it is not yet known if they knew each other before or what sparked the incident. 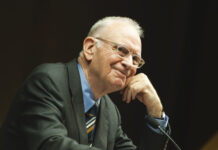