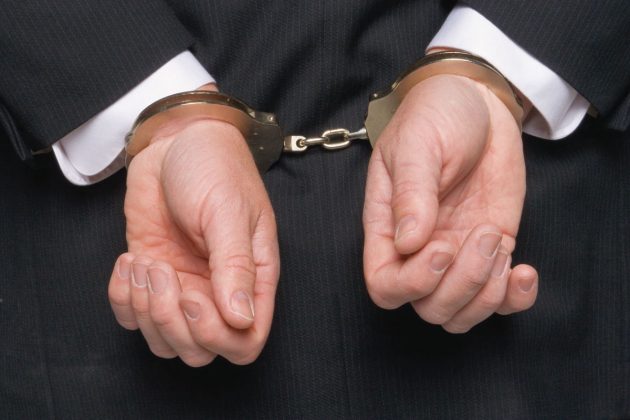 Two Spring Valley men have been given short prison sentences for their lesser roles in the 2000 slaying of a 71-year-old man in a robbery.

San Diego Superior Court Judge Runston Maino reflected Feb. 21 about the Aug. 23, 2000 killing of LeRay “Mac” Parkins, who was struck twice in the head with a baseball bat in a North Park alley.

“The sad thing is, the man who wielded the bat is not going to prison for that,” said Maino, referring to the release of Edward Brooks, 39, after two juries deadlocked.

Brooks, formerly of El Cajon, was released from jail Jan. 27 by Judge David Gill after he granted the second mistrial. Two juries both deadlocked 9-3, once in favor of conviction, and the second in favor of acquittal.

Gill dismissed the murder case against Brooks, saying he didn’t think a third jury would be able to reach a verdict.

Maino sentenced Brown to two years in prison. Because he has 744 days of jail credits, Brown should be released from jail soon.

Bell got three years in prison. Bell also has 744 days of jail credits, so he is likely to be paroled later this year since he has already served two years.

Bell and Brown testified that Brooks clubbed Parkins in the head with a baseball bat during a robbery.  In 2018, a DNA test on the empty pockets of Parkins came back positive for Brooks’ DNA in three places. He was arrested in North Carolina.

Brooks testified he did take the wallet but he claimed Brown killed Parkins, not him. Brown testified he was the getaway driver and he never saw Parkins.

“I was very impressed by their testimony,” said Maino. “It was pretty straight forward. I thought the testimony at trial was so powerful.”

Cordell Hill, the victim’s partner, asked the prosecutor to read his letter to the judge out loud.

“These men are responsible for shattering my life,” wrote Hill. “They gave me a life sentence.”

Brown turned to face Hill in the audience and apologized.  “I’m ashamed to have ties to it,” added Brown.

A month after Parkins was robbed, Hill called police to report his credit card was used several times. Officers interviewed Bell’s ex-girlfriend, who testified at both trials, saying Bell asked her to run a credit card through her line at a clothing store. She recalled Bell, Brown, and a third man purchased clothing on Parkins’ credit card.

Bell’s attorney told the judge that Bell agreed to testify “knowing it was the right thing to do.”

“You testified against Mr. Brooks at considerable risk to yourself,” said Maino to Bell. “Thank you for your statement.”

The owner of a La Mesa men’s clothing store pleaded not guilty Feb. 24 to three counts of misdemeanor battery on news personnel, felony vandalism, and a misdemeanor lewd conduct charge.

Peter George Carzis, 76, will have an April 13 preliminary hearing on a felony charge of destroying a $7,000 news TV camera after reporters showed up at his store on Jan. 23.

Someone put up an online video of Carzis outside his Peter’s Men Apparel store in which he was allegedly fondling a woman on the sidewalk. When reporters asked him about it, he struck several news personnel angrily while on camera.

El Cajon Superior Court Judge Daniel Lamborn told Carzis not to drink alcohol outside his La Mesa home at the request of the prosecutor as a condition of remaining free on his own recognizance.

A videotape of the incident with reporters was also posted including Carzis using obscenities, and it was featured on numerous local TV news stations. Several overseas newspapers have also featured the story and aired the online tape of the incident.