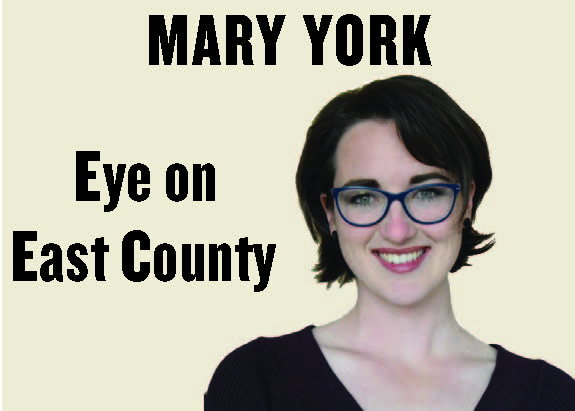 When I was growing up, Thanksgiving was a holiday meant to celebrate our American heritage and recognize the gracious provision of God in our lives. Until recently, that is how I thought everyone else viewed the holiday as well.

When I was growing up, Thanksgiving was a holiday meant to celebrate our American heritage and recognize the gracious provision of God in our lives. Until recently, that is how I thought everyone else viewed the holiday as well.

“Why would I celebrate a day commemorating the invasion and destruction of Native American civilization?” a friend asked me as the holiday approached. “A bunch of white men came, abused the generosity of the local tribes and then killed them all or sent them out West. And now, a couple hundred years later, we’re mad when people say they want to come to America. Like, I’d be scared too if I thought the new immigrants would be anything like the original ones.”

My friends tend to be split down the middle on this. Half are very conservative and view the holiday very traditionally – perhaps too narrowly? – and the other half are very liberal, rejecting the precious roots of this celebration in an attempt to bring awareness to other, equally important issues.

It is worth recognizing the truth and the misconceptions of both sides. People who parade around with turkeys on their heads and claim that the caravan of migrants coming up from South America are going to ruin the country are certainly missing some crucial features of the holiday we are celebrating.

People who boycott the day in protest of the racial divisions of our country are missing the point entirely.

Unfortunately, schools do not always do a great job teaching the history behind Thanksgiving.

The first Thanksgiving was a three-day feast in 1621 after a group of immigrants to the Massechusetts celebrated their harvest with the Wampanoag tribe.

These settlers, English Puritans known as the Pilgrims, had come to Plymouth, Massachusetts and struggled through a brutal winter, losing nearly half their number.

In the Spring, they ran into several Native Americans, one of which was Squanto, the last remaining member of the Patuxet tribe, who had been kidnapped by an Englishman and brought across the Atlantic.

During his time as a slave in Europe, his entire tribe died of an epidemic, leaving him alone when he finally returned to New England.

But his English skills were of great use to the Pilgrims and Squanto was able to help translate for them when they were introduced to Massasoit, who Edward Winslow describes in his journal in 1621 as the “greatest king” of the Wampanoag.

Many accounts show a lot of tension between the settlers and the Wampanoag before the arrival of Squanto on the scene, beginning with the Pilgrims raiding the tribes’ winter stores and gravesites upon first landing at Plymouth. I think we can all agree that’s not super cool.

The Wampanoag retaliated by stealing the Pilgrim’s tools while they worked in their fields.

And there are some documented squabbles that involved gunfire.

With the help of Squanto’s translating, the Wampanoag and the Pilgrims were able to create a peace treaty and began to trade.

Squanto continued to help the Pilgrims, teaching them to farm and fish.

To celebrate their first successful harvest, the Pilgrims held a great feast. Some accounts say this was actually a Wampanoag tradition that was introduced to the Europeans.

Whatever the case, 90 Wampanoags and King Massasoit came to break the proverbial bread with the Pilgrims.

Now, we like to assume this is a happy ending to a tough story – both in the settlers finally getting established in a new land and in the peace between them and the Wampanoag.

Unfortunately, real life is a little harder to script. Today, the remnants of the Wampanoag tribe hold the colonization of their land as a devastation.

Certainly, they are one in many a sad story of Native American civilizations that were unfairly and unjustly edged out of their own lands one by one for nearly a century. That some people, with the benefit of hindsight, still refuse to see the fault in this is shameful.

America does not have a spotless history and the treatment of Native Americans historically is a blight on our pages.

That the same proponents of Manifest Destiny – and what the Left would claim is an example of white man’s imperialistic privilege – are also declaring a wall be built on our borders is equally distressing. Do we only accept migration and change when our people are the protagonists? This lack of consistency is a telltale sign of misplaced values.

But the reflexive slamming of white Anglo-Saxon protestants is also unfortunate.

The truth is, the first Thanksgiving is special because it seems to be the exception to a rather sad rule – that there was no room for Native American culture, civilization or people in our New World. On this day, and for a period of time surrounding it, two groups of people with opposing interests, unrelatable backgrounds and mutually exclusive futures found a way to forgive, to work together, to find joy in something like a harvest season.

Squanto really is the hero of this story. Here is a man who was stolen away from his home, made a slave in a foreign land and returned to his native shores without a people to return to and yet he uses his difficult past to build bridges for the future. He used his language skills (here’s a shout out to the bilingual members of our community) and his knowledge of both cultures to engender goodwill and cultivate peace in turbulent times.

He is the soul of empathy, the master of good intentions, the epitome of forgiveness, optimism, hope and friendship.

And we need more reminders that people who seem to have nothing in common can lay down their weapons for a time and rejoice in this amazing world God has given in us – in simple things like rain, and sunshine and the incredible gift of life.

Now, more than ever, our country needs Thanksgiving. 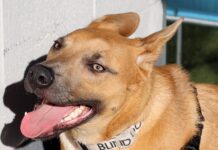 Santee resident ran Boston Marathon as part of Team With a...