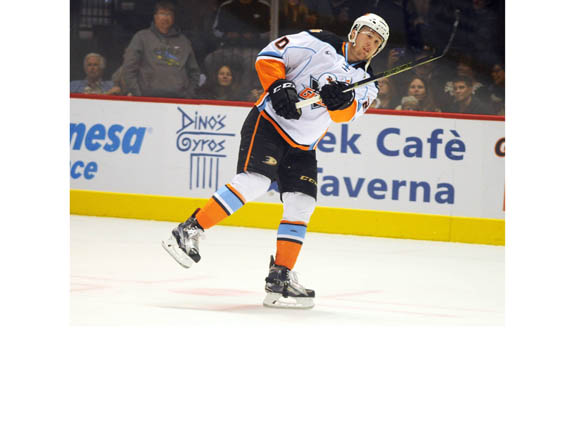 The San Diego Gulls roster for their 2022-23 American Hockey League campaign is starting to take shape in advance of the team’s exhibition game against the archrival Ontario Reign Saturday, Oct. 8, at Pechanga Arena.

The two Southern California rivals — the top developmental affiliates of the Anaheim Ducks (Gulls) and Los Angeles Kings (Reign) — are set to face off their lone preseason game at 7 p.m. All seats are general admission and priced at $10. Parking is free. Doors open at 6 p.m.

The Ducks have assigned players to the Gulls through training camp cuts and similarly with the Kings to the Reign.

There are some recognizable faces from last season’s Gulls roster and some new faces coming on board through recent draft picks and free agent signings. With a few exceptions, players must be at least 20 years old before they can play in the AHL.

The Gulls head into a decidedly new-look season with a new head coach (Roy Sommer, the AHL’s winningest coach in league history with 808 wins over 24 years), new general manager (Rob Di-Maio, who as director of play personnel played a key role in helping put together the roster for the St. Louis Blues’ Stanley Cup championship team), expanded Pacific Division lineup (the Calgary Wranglers, relocated from Stockton, and the expansion Coachella Valley Firebirds, the top developmental team of the Seattle Kraken) and an expanded schedule (72 games instead of 68).

Back on the schedule is the 2023 AHL All-Star Classic, which will take place Feb. 5-6 in Laval, Quebec, home of the Montreal Canadiens’ farm team, after being postponed by the COVID pandemic.

The Gulls face off regular season play Oct. 14-15 in Grand Rapids, Mich., against the Griffins. They return to San Diego for their home opener Oct. 21 against Ontario.

Birds of a feather

The Ducks have been busy helping build the 2022-23 San Diego roster as well as their own for the future bit by bit during training camp.

The Gulls opened their own training camp on Monday.

The man who changed hockey