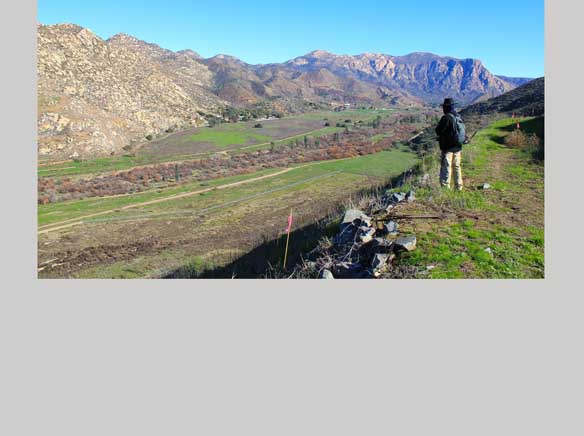 Just 20 miles east of downtown San Diego, there is a near faultless wildlife habitat with countless trails for hikers of all levels to enjoy, along one of the last valley in the county left almost untouched by the urban development—El Monte Valley in Lakeside. Hikers, bikers, horse back riders can all enjoy the wide diversity of flora and fauna while exploring the river bottom. That’s not all, as more trails are crisscrossing the mountains above on all sides.

Just 20 miles east of downtown San Diego, there is a near faultless wildlife habitat with countless trails for hikers of all levels to enjoy, along one of the last valley in the county left almost untouched by the urban development—El Monte Valley in Lakeside. Hikers, bikers, horse back riders can all enjoy the wide diversity of flora and fauna while exploring the river bottom. That’s not all, as more trails are crisscrossing the mountains above on all sides. Majestic El Cajon Mountain, also known as El Capitan or El Cap for reassembling the one in the Yosemite National Park, guards the beautiful scenery from the east. This granite monolith cradles the river and reaches a maximum elevation of 3,597.8 ft., a big attraction for climbers and advanced hikers and home for nesting golden eagles.

One of the best trails that offer unrestricted views over the valley and beyond is the Flume trail that runs across the mountains on the south side of the valley.

This trail follows the remains of the old historic flume that was built in 1888 to carry water on a 37-mile stretch to link Cuyamaca Lake to La Mesa. Almost nine million board feet of redwood were transported through the San Diego port and then throughout the county using more than 800 horses. Eight tunnels and 315 trestles later, the flume became a work of art, a landmark for the area and one of the biggest attractions at that time. The tunnels and the trestles were designed to keep the grade at the same level, while the route of the flume was meticulously built to permit the water flow to drop only four feet per mile while traveling from the Diverting Dam to La Mesa. Today, only two of the tunnels are accessible along the trail.

In the late 1800s, East County San Diego began to develop around small communities as people started flooding here during the gold rush, but also attracted by the richness of the land perfect for ranches and fruits orchards. During the flume’s glory days, the East County land was mostly undeveloped, but La Mesa soon became the first commercial center in the area, while El Cajon became the fastest growing town. Human settlements needed water though. After the Old Mission Dam built by Father Junipero Serra and Native Americans in 1816, several small projects were developed to supply the water for the growing local communities. The main source was the San Diego river gathering the water from the mountainous area in the backcountry where the rainfall reached between 30 and 60 inches during the winter and spring.

The need for water for agricultural, domestic and commercial use was a good opportunity for business. This is what Theodore S. Van Dyke thought when he designed the big scheme of the Flume that included several dams. Van Dyke persuaded investor Joseph W. Sefton Sr. who financed the project. The first step in the process was to build the dam at Cuyamaca Lake (called Laguna Seca, “dry lake” by the Kumeyaay tribes) that was completed in 1887, followed by the construction of the Diverting Dam at the confluence of San Diego River with Boulder Creek.

Van Dyke stands up proudly in one of the few boats allowed to float on the flume at the inauguration in 1889, along with few other dignitaries, celebrating one of the most amazing engineering accomplishments of its time.

There are several ways to get to the trail from the El Monte Road or from the Lake Jennings campground. El Monte Park offers plenty of parking and the trailhead is on the west side, following a switchback up to the flume. From there, the trail goes both ways, to the east toward the El Capitan Lake Reservoir and to the West toward Hanson Pond. The switch back itself crosses the flume and goes up to the Blossom Valley, another option with beautiful vistas to enjoy.

From Lake Jennings campground, the trail goes up and down toward the valley for less than half a mile and catches up with the Flume trail very close to a perfect view of the Hanson Pond. The county recently finished a short switch back that continues the Flume trail to the West down to the old Pump House that will be open to the public soon. Hikers can see the old pipe that transported water from the wells up the hill to the flume and it was converted to an electric pump in 1914. The County fenced it up recently due to the fact that the pipe is made of asbestos that’s toxic for humans.

The road crossing toward Hanson Pond is close to the intersection Mapleview and El Monte Road. From there, another new multi-use public trail takes the wanderer across the valley to the North along the Hanson Pond reaching the river bottom in the El Monte Valley. The bigger plan is to link the Flume trail to the San Diego River trail system and thus offering a seamless path from the ocean to Julian.

The most spectacular time of the day to hike the flume is late afternoon to have enough time to catch the magic sunsets flooding the valley and the mountains with a surreal glowing of fire and liquid gold that makes this place one of the best hiking spots in California and a heaven for landscape and wildlife photographers. If toward El Capitan Lake Reservoir, watch for the bats to come out at sunset from the rock quarry at El Cajon Mountain. If toward the Hanson Pond, there are bald eagles surveying the lake for fish in the winter and early spring. Otherwise, golden eagles, hawks, ospreys and falcons are the usual sky inhabitants of this one of a kind place.

Lovers of macro photography have endless opportunity for masterpieces, as there is an abundance of seasonal flowers and critters all along the trail and more on the switch back down to the Pump House. The old wooden fence still stands proudly here and there along the way, as many remains of the old redwood flume are scattered down the hill, a nostalgic reminder of times long gone. 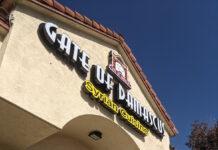 Gate of Damascus an entry point to Syrian cuisine 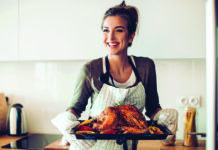