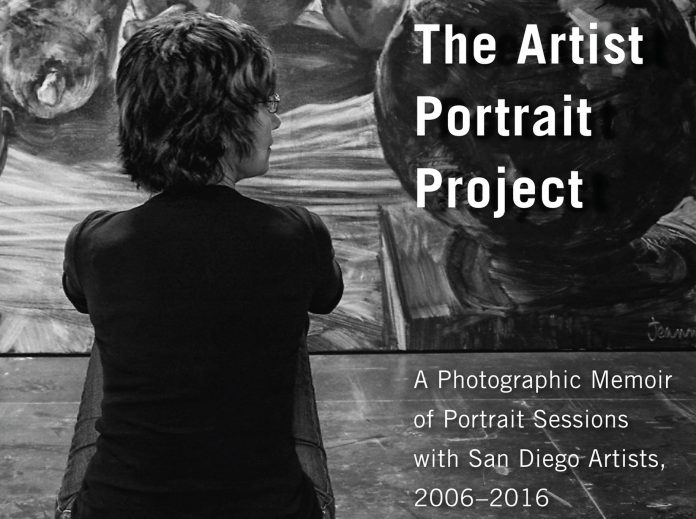 The name Joseph Nicéphore Niépce doesn’t exactly ring a bell, although the spelling probably should — but if quantum physics had its way, that handle would outstrip every entry in the annals of human achievement. Niépce is heralded for nothing less than the invention of the time machine, which he successfully tested at his Burgundy, France estate in 1826.

The name Joseph Nicéphore Niépce doesn’t exactly ring a bell, although the spelling probably should — but if quantum physics had its way, that handle would outstrip every entry in the annals of human achievement. Niépce is heralded for nothing less than the invention of the time machine, which he successfully tested at his Burgundy, France estate in 1826.

Nearly 200 years later, his device is sold worldwide by the millions, to the delight ofhis customers and, arguably,his heirs.San Diego resident and Grossmont College alumna Jennifer Spencer, onefervent such patron, seems comfortable enough calling the tool a camera, its popular name — but she eagerly agrees that time itself is a willing ally in her inspiration of the public mind.

Now, she can point to her new book as proof.

‘‘The Artist Portrait Project: A Photographic Memoir of Portrait Sessions with San Diego Artists, 2006-2016,’’ released July 12 by She Writes Press, is a 117-page love letter to 50 local visual artists whose work and insights command Spencer’s recognition in book form.

‘‘When people go to a museum or art gallery, they see what artists have created, but rarely do (they) have a chance to see the person behind it all,’’ said Spencer. ‘’Whenever I have the opportunity to meet artists and talk to them about their inspiration, message and challenges, my appreciation for their work deepens.’’

Her talk will include anecdotes about her work alongside these artists — originally a painter by trade, she served for 13 years as executive director of San Diego’s Combined Organizations for the Visual Arts.

For her, photography is perhaps a closer cousin to painted portraiture than the reader is aware.

‘‘Each one of my sessions is like a slice in time,’’ she said. ‘‘You have toslow down mentally and take time to look at the subject and watch the subject before clickingor painting.You have to be careful about why you’re doing what you do.’’

The caution is not lost on Arthur Ollman, founder and former director of San Diego’s Museum of Photographic Arts and one-time head of San Diego State University’s School of Art and Design.

‘‘Tucked into this wonderfully realized selection of 50 artists, there is a 51st,’’ he said. ‘‘Jennifer Spencer is in every image. She is reflected in the generosity she gives the sitters, who are seen with respect and affection … [S]he allows the artist’s work to be as present and speak as eloquently as do their faces.’’

‘‘The one thing that struck me about photos I’d seen of Jim was that they were all taken from a distance, placing him in some nook or cranny so that you would visually discover him by accident,’’ Spencer wrote. ‘‘Capturing him in a close-up, looking forward, like a sea captain aboard a ship looking toward land, appealed to me as the way to portray Jim.’’

Such are the insights, she said, that Grossmont’s faculty instilled.

‘‘I was right there in 2003 and 2004, when things were switching over [from analog to digital photography],’’ she said. ''I have experience in both forms, but thanks to [the instructors], I learned to choose the best tools for whatever you’re trying to express.’’

Spencer said she prefers analog photography, ‘‘because large-format cameras allow me to observe the subject in a larger way,’’ a la the Hubbell portrait.

‘‘Humans of New York,’’ a photoblog and book that connects people through photography, launched in 2010, by December of 2017 was the most followed series on Facebook Watch and made owner Brandon Stanton a household name among ardent social media followers. It remains to be seen if the future holds a similar promise for Spencer — whatever the upshot, her book is a study in the same idea and a nod to modern photography that Niépcecould not have foreseen.

And it is a cinch ‘‘Spencer’’ is a whole lot easier to pronounce.

Useless Rhetoric rocks out for people with special needs