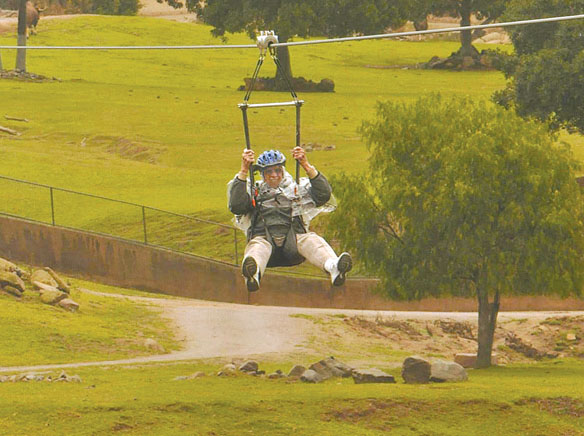 Grossmont Gardens resident Richard Canner got his Christmas present a little early.
It was something that wouldn’t fit under the tree.

The 88-year-old La Mesan’s wish to have a free­fall experience like bungee jumping was granted when he took a 40-foot zip line ride through San Diego Zoo Safari Park on Dec. 18. It was part of Grossmont Gardens’ Second Wind Dreams program, which grants wishes for senior citizens.

Grossmont Gardens resident Richard Canner got his Christmas present a little early.
It was something that wouldn’t fit under the tree.

The 88-year-old La Mesan’s wish to have a free­fall experience like bungee jumping was granted when he took a 40-foot zip line ride through San Diego Zoo Safari Park on Dec. 18. It was part of Grossmont Gardens’ Second Wind Dreams program, which grants wishes for senior citizens.

“It was the biggest thrill I’ve ever had,” said Canner, a retired school district architect and World War II veteran. “I’ve flown a few places around the world and had a lot of enjoyment, but I don’t think I’ve enjoyed anything as much as this. You look forward, and as far as you can see is that cable – and then it just disappears.”
There was one thing though that surprised Canner about his amusement park-style ride.

Canner was accompanied on his thrill ride by Grossmont Gardens’ community relations director Kris Payne, who shared his once-in-a-lifetime adventure.
Payne said it was almost as much fun for her as it was for him.

“It was amazing, I felt it was the highlight of my career,” said Payne, a 16-year veteran of Grossmont Gardens who started out as a nursing assistant and worked her way up into public relations, sales and marketing.

“It was great to have a one-on-one experience with a retirement center resident, helping them fulfill a personal wish. It kind of helped put things in perspective for me, and, coming during the holidays when this job gets very demanding, it was just nice to be able to focus on one resident spending time together,” Payne said.

Weather, however, wasn’t cooperative for Canner on the day of his thrilling ride.

“It was pouring buckets that day,” said Payne, who added Canner was undaunted, saying he wouldn’t allow “a little rain” to spoil his fun.
“We can do it, ok?” Canner said.

“It was almost like we had the park to ourselves,” said Payne of Canner’s and her shared experience in the rain-drenched zoo park.

After his thrill ride, over a cup of hot chocolate, Payne said that Canner kept telling her, “No one’s ever done anything like this for me. I feel so grateful and so thankful and appreciative.”
“He’s such a sweet and genuine person,” said Payne of Canner. “He’s been a big inspiration to me.”

One Grossmont Gardens resident is selected each month to participate in the retirement center’s ongoing Second Wind Dreams program.

Payne said the “dreams” people want to have fulfilled can be – but aren’t always – as big as Canner’s. They’re as unique as each individual.

“Each month we make a wish come true for a resident,” she said noting the program started in March. “Our very first dream (granted) was for a resident who was a Vietnam veteran, who’d run an Irish pub for 20 years and had a great corned beef and cabbage recipe, and he wanted to cook it together with our chef’s on St. Patrick’s Day.”
Another female retirement center resident always wanted to go on a cruise, but her husband was afraid of going on water, so they never did.

“We took her and a friend on a Hornblower cruise (of San Diego Bay),” said Payne, noting that other dreams fulfilled have included everything from sky diving, to learning to swim, to flower arranging.
Canner admits to being “old school.” Noting he’s not big on computers, he still likes to read books and engage in conversation.

“I like to sit and talk to people,” he said. “I’ve done a lot of that here. People desire, from time to time, just to sit and shoot the breeze.”

“I’m still fortunate enough to have my car, though I don’t drive very much,” said Canner. “Though the day will come when I have to give that up.”

What’s Canner’s next big challenge? Skydiving?
“No,” he said. “I’m content. Just as long as I get a chance to see my great-grandkids. That would suit me.” 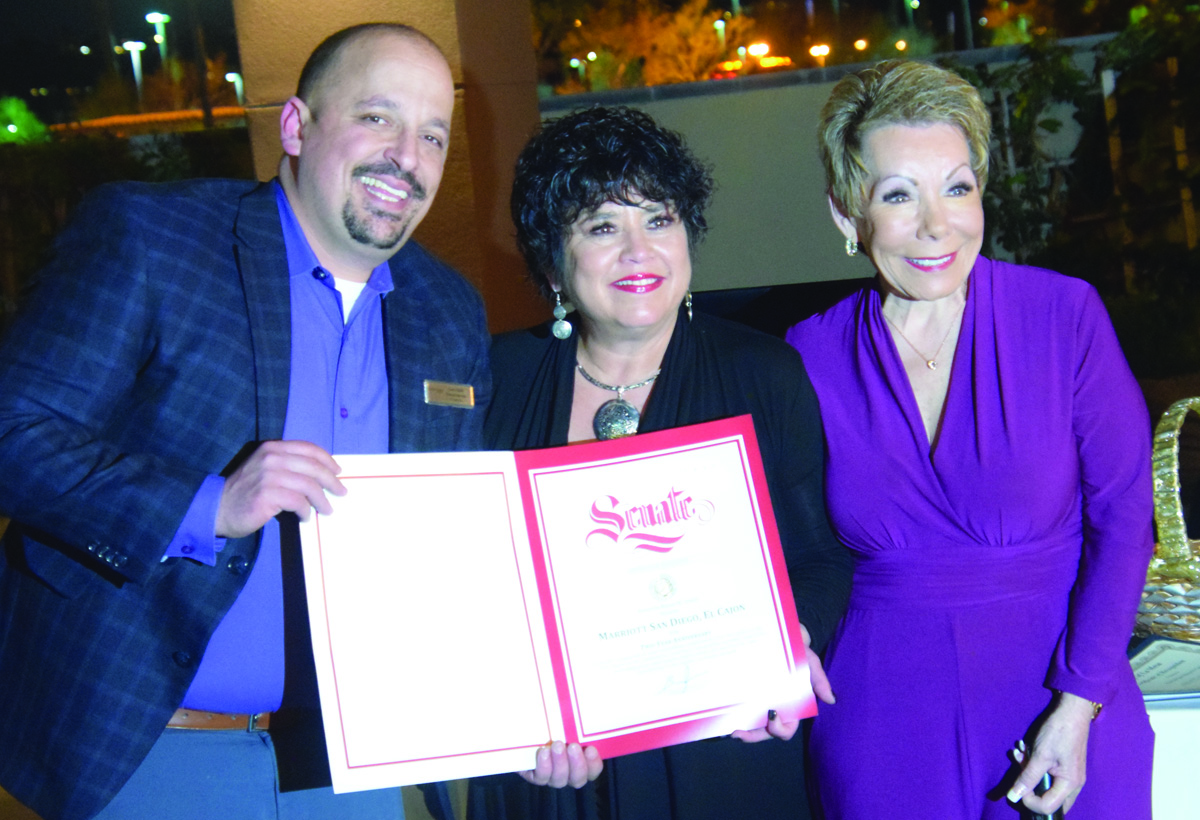