It’s obviously emotionally satisfying to be recognized for one’s hard work and dedication, especially when awards are so well deserved.

It was the second consecutive CIF finals appearance for West Hills in a season filled with accolades.

The Wolf Pack finished on top of the Grossmont Hills League standings with a 5-1-2 record by winning their final three league games, all in must-win scenarios.

West Hills earned the No. 1 seed in the Division II playoffs and extended its winning streak with elimination victories against eighth-seeded Carlsbad (2-1 in the quarterfinals) and fourth-seeded San Dieguito Academy (2-1 in the semifinals) to draw a fourth game on the season against the Highlanders (once in tournament play, twice in league and once in the playoffs).

Post-season awards were kind to the Wolf Pack.

Truong earned honors as a member of the All-CIF First Team.

West Hills head coach Russ Shubert — the 2019-20 San Diego Section boys soccer Coach of the Year — called this season’s edition of the Wolf Pack “overall a wonderful group of players and an outstanding group that was focused and willing to sacrifice for each.”

Helix (13-4-4 overall, 5-1-2 in league) had its season of achievement crowned with its 3-1 CIF championship game victory against West Hills.

Two Highlanders earned berths on the All-CIF team: Danny Nunez, who had two goals in the final, on the first team and Jeremiah Frias on the second team.

Nunez, along with senior classmates Frias and Allesandro Flores, were all chosen as members of the Grossmont Hills League’s First Team.

Nunez, who collected 15 goals and 13 assists for 43 scoring points, received recognition as the league’s player of the year.

“Danny was the most exciting player in the league this year in my opinion,” Helix coach Joaquin Huertero said. “His ability to beat players one-on-one and to score goals when needed was the reason he was named player of the year. He has the will to win, plain and simple, losing is not an option for him. He played with so much pride for his team and school, it was a pleasure to watch.”

Frias, a member of the Sporting San Diego club with Nunez, was “the engine of the team,” according to Huertero.

“He was the most consistent player on our team and in the league,” the Helix coach said. “He controlled the tempo of all games and was quietly the best defender of our team. Technically gifted, he has the ability to make the game look easy was fun to watch for all staff. He will be very difficult to replace.”

Huertero called Flores, who plays club soccer for the Surf program, “a very underrated player throughout the season.”

“Even though he played the majority of minutes throughout the season, when he wasn’t in the game everyone could feel the impact,” Huertero said. “Vocally he was our leader. He read the game so well and was rock solid for us all year as the anchor of our back line.”

The Highlanders, who finished with preliminary-round playoff wins over seventh-seeded El Camino (2-0 in the quarterfinals) and third-seeded San Diego (3-0 in the semifinals), had three players named to the all-league second team: Justice Nakagabi-Mena, Nathan Epps and Dylan Hambrick.

Santana finished third in the Grossmont Hills League with a 3-3-2 record, 10-10-6 overall, while advancing to the Division II playoffs.

Valhalla finished in fourth place with a 3-5 league record, 10-11-2 overall, in earning a berth in the Division II playoffs.

Granite Hills won the Grossmont Valley League with an 8-2 league record and advanced as far as the Division III quarterfinals, posting a final 13-8-3 record.

The Eagles had three players named to each of the first and second all-league teams.

Robert Webb earned further recognition as the league’s player of the year and a berth on the All-CIF Second Team.

“The team did have a slow start, that is generally part of the process every year for the Eagles,” Granite Hills head coach Jason Heth said. “It is due to a combination of a tough game schedule and getting all the players from different teams on the same page and understanding the game model that is put in place for the group. The team did well, winning the San Diego Holiday Cup and the Grossmont Valley League.”

The seventh-seeded Eagles defeated the 10th-seeded Bishop’s Knights, 5-0, in the opening round of the CIF playoffs before ending their season with a 2-1 loss at second-seeded Patrick Henry in the quarterfinals.

The Grossmont Foothillers and Monte Vista Monarchs finished in a tie for second place in the league standings with 6-2-2 records.

Both teams advanced as far as the Division III quarterfinals.

The sixth-seeded Foothillers lost, 3-1, at third-seeded Castle Park while the 12th-seeded Monarchs lost, 2-0, at fourth-seeded Hilltop.

Velazquez led Monte Vista on the scoresheet with 23 goals (a single-season school record) and eight assists while Castillo ranked second on the team with 10 goals and nine assists.

Steele Canyon, which finished fourth in the league standings with a 5-3-2 league record (12-8-4 overall), had two players named to the all-league first team: senior Cristobal Anguiano and sophomore Emiliano Ortiz. 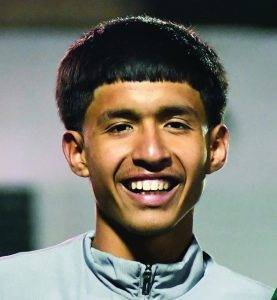 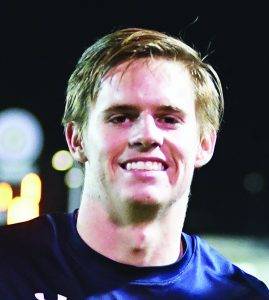 Matadors’ Cory Littleton — from a Ram to a Raider