Catholics wanting to celebrate Easter mass Sunday had to do so from the comfort of their own homes.

The Roman Catholic Diocese earlier this month reiterated that to comply with California Gov. Gavin Newsom’s public directive to shelter in place, masses could not be celebrated publicly “in any form or place.”

Nevertheless the faithful will be able to celebrate as a community, albeit virtually.

In a March 26 letter to priests across San Diego County, Catholic Bishop Robert McElroy wrote that he was allowing local pastors to make choices that best suited their communities while practicing the social distancing recommended to reduce the spread of COVID-19.

Corpus Christi Catholic Church Pastor Father Efrain Bautista, who also serves as the chair of the Council of Priests in San Diego, said each parish is indeed responding in a way that works for the size of their individual congregations.

“We have some very large congregations and it would be very hard to monitor all those people, especially during these holy days. I spoke with someone who said we’d be worse than Walmart or Costco if we attempted to limit access by the number of people allowed in, or by how long people could be inside because if someone is praying, who wants to be the one to interrupt that person for a time limit? Many of us have decided to just keep the church closed, at least for these holy days,” Bautista said.

Although some churches such as St. Kieran’s Catholic Church in El Cajon have simply placed a notice on their webpage that mass is canceled, others such as Our Lady of Perpetual Help in Lakeside posted they have canceled all public masses as of March 16, but directed parishioners to Sunday masses through the San Diego Diocese.

Bautista, who is connected to several churches in San Diego through his seat on the Presbyteral Council, said St. Pius Catholic Church and St. Rose of Lima Catholic Church, both in Chula Vista, as well as Our Lady of Guadalupe in San Diego have all directed members of their congregation to online offerings.

“We want to still be united in prayer, close to God’s people, and as I’ve said to many of my parishioners, we as priests long to be here as much as you want to be here but for now it’s changed how we minister, for lack of a better term.

Many churches have invited people to use social media and websites. For example if you go to our Corpus Christi website, you can still be close with us in prayer. ” Bautista said.

The priest went on to explain that the closure is forcing churches countywide to find alternative ways to connect with people.

“It has really made us question: how do I still walk with people, not only during the holy days but during these difficult times? We can no longer say ‘This is the way we’ve always done it’ so we’re making use of all the online tools that are available to us, from Facebook to Twitter to Instagram, emailing through Constant Contact, posting mass on our website- we’re doing everything we can so that people still feel we are there for them,” Bautista said.

How to avoid a season of misgiving 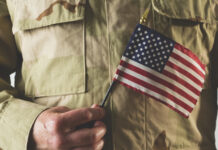 Information about health benefits that may be helpful to veterans 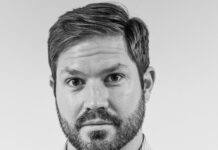