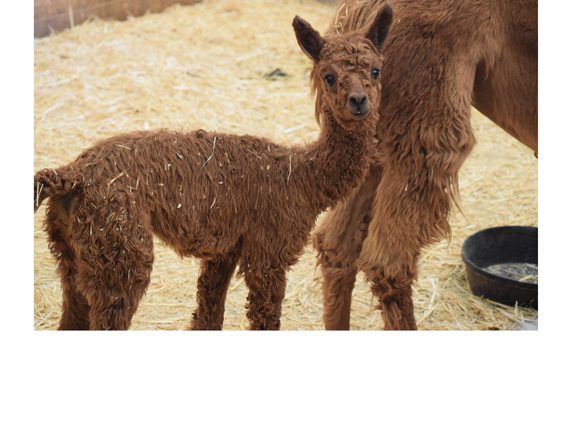 The Children’s Nature Retreat is geared up for Halloween all of the month of October with its Great Annual Pumpkin Festival. But this is one Halloween event that will not spook the children away, it will encourage them to stay and want to come back for more. Located in Alpine, this 20-acre ranch, a rescue for domestic and exotic animals from around the world, it is known for its hands-on approach for children to interact personally with the rescued animals that now call this beautiful terrain home.

The Children’s Nature Retreat is geared up for Halloween all of the month of October with its Great Annual Pumpkin Festival. But this is one Halloween event that will not spook the children away, it will encourage them to stay and want to come back for more. Located in Alpine, this 20-acre ranch, a rescue for domestic and exotic animals from around the world, it is known for its hands-on approach for children to interact personally with the rescued animals that now call this beautiful terrain home. This is a growing dream for owner Agnes Barrelet, and the Retreat is still continuing to grow with more animals, the building of facilities for new ones, and the ones that are being born there. The Festival is open every day from 10:00 a.m. to 5:30 p.m.

“We had a baby geep, the mom was a sheep and the dad a goat,” she said. “The mother came to us pregnant and we didn’t know it until she got here. I also rescued a macaw. She is a 7 and a half year-old green winged macaw and I’m training her right now. We have a new turkey named Kevin who roams around the grounds. We had a baby alpaca, Meg, born a month ago, the father is the blind alpaca that we rescued and he has sired again. We have a brand new baby girl Watusi, she is only three days old. We also have some other animals coming to us that are already pregnant. For us as a rescue, being pregnant is not a problem because we have the space for them. For us it is a happy moment because it is so beautiful.”

As you walk into the Retreat, you’ll see the enormous pumpkin patch growing. This is the first year of growing pumpkins for the season and they come in every size from small to extra large. The costs are $3 for a small, $4 for a medium, $8 for a large, and $12 for an extra large. And people are able to go inside the pumpkin patch and pick their own pumpkin.

For Halloween the Retreat built a maze with 526 bales of hay. “It’s pretty cool because even the adults are getting lost in it, and there are a few surprises inside the maze for them,” said Barrelet.

For its “Rocking the Hunt” event, it has dispersed around 100 painted rocks around the property. Kids pay $2 and if they find a rock they go back to the ticket booth and they get a choice of lollypops. During the Festival there will be two costume contests on Saturday, Oct. 28 and Sunday, Oct. 29 at 11:30 a.m. and 2:30 p.m. for ages 0-2 years old, 2-12 years old and youth and adults. Animal keepers from the retreat will be the judges for the contests.

It’s the beginning of the year so the Retreat is starting to line up children for tours. It is still looking for more partners for this. “We are looking for public schools, private schools and other children’s organizations. We have so much to offer here and this is a hands-on place for children to interact with the exotic animals that live here,” she said. “We are looking to partner with organizations with children with developmental disabilities. I would love to have them involved.  I’ve had some autistic children in a group and with families and the kids are responding well. The animals, amazingly, are responding really well with these special children. That’s the magic to it. The animals know that they are special.”

On one tour, the educators with the children said it was the first time they saw these children being “alive and engaging.” “One of them gave me a high five,” said Barrelet. “One of the most amazing was a child with special needs that came here. When we took her into the corral, we just stood there as all of the animals came together and made a circle around her. It was the most beautiful thing I think I have ever seen. The animals responded to her so gently and it was a special moment for all of us.”

“We are putting up a new website, we are creating the ability to adopt on paper one of our exotic animals, much like the zoos are doing now. It is a lot of fun and keeps us on our toes and keeps the people informed on what is going on here. It is good for the animals and it is good for the people involved. They love the fact that you can actually touch them so they have a direct relationship with their adopted child.  It has a lot more meaning than just a piece of paper,” she said.

The Children’s Nature Retreat is located at 5179 Japatul Spur Rd. in Alpine. For more information call (619) 320-4942, or visit www.childrensnatureretreat.com.

A musical celebration of Cuba