East County high schools were well represented in the championship round as Grossmont defeated Monte Vista in a tense penalty kick tiebreaker to win the Gold Division bracket and Santana defeated Rancho Bernardo, 1-0, to win the Premier A bracket title.

Additionally, Valhalla finished runner-up via a 1-0 setback to Hilltop in the Premier B bracket final.

The event, covering two weekends with play in both varsity and junior varsity divisions, is the longest high school boys soccer tournament in the state.

Getting their kicks
The Gold Division tournament title was especially gratifying for Grossmont, which improved to 8-2-1 on the season after plodding through a 2-11-6 finish the previous 2018-19 season.

It appears the Foothillers have reloaded with a vengeance. 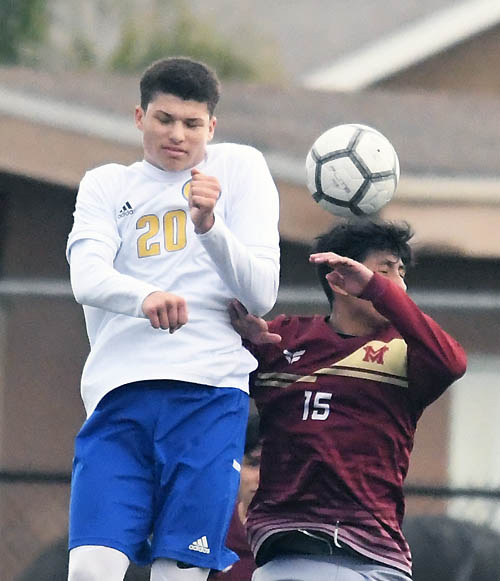 “We have 12 seniors — we have a lot of returners,” first-year Grossmont head coach Jeff Harns said. “Our expectations are to compete for the league championship and make a run into the playoffs.”

Grossmont finished 5-0 in the tournament, defeating Chula Vista and Vincent Memorial by scores of 2-1 and 7-0, respectively, in opening pool matches on Dec. 14.

The Foothillers shut out Steele Canyon, 2-0, in the final round of pool play on Dec. 21 and moved directly to the tournament semifinals later that evening, defeating Olympian, 3-1, to advance to the championship round.

Monte Vista carried a 6-0-1 record into the championship game after defeating Ramona (3-1), Olympian (1-0) and Brawley (3-1) in pool play and then topping Steele Canyon, 4-0, in the semifinals.

Though scoring opportunities abounded in the championship game between the Foothillers and Monarchs, the teams battled through a 1-1 regulation and overtime deadlock before advancing to the kicks-from-the-mark penalty tiebreaker. 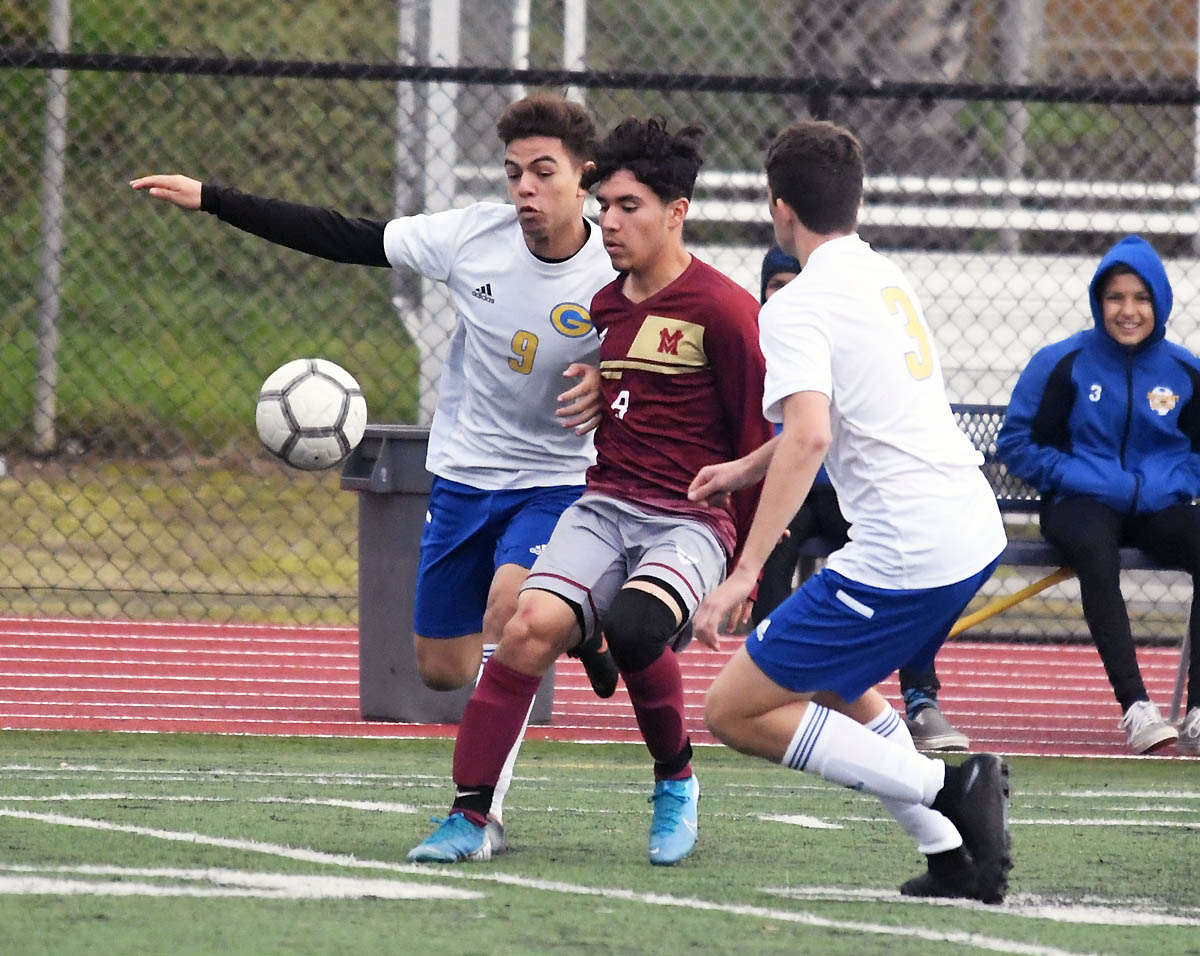 Both teams scored in the next round as Monte Vista maintained a 2-1 edge. Francisco Nava scored on Grossmont’s third attempt while Foothiller goalkeeper Adam Richmond made a save to even the count at 2-2.

Axel Gonzalez made his shot to give Grossmont a 3-2 lead. Following another save by Richmond, the Foothillers secured the win when senior captain Jackson Endres scored to set off a boisterous celebration among his teammates.

“New coach, new season,” Endres said with a broad smile after the championship game victory. “I was thinking about my confidence and where I was going to place it. I was looking center but went to the left. It feels great to be able to do this for the team.” 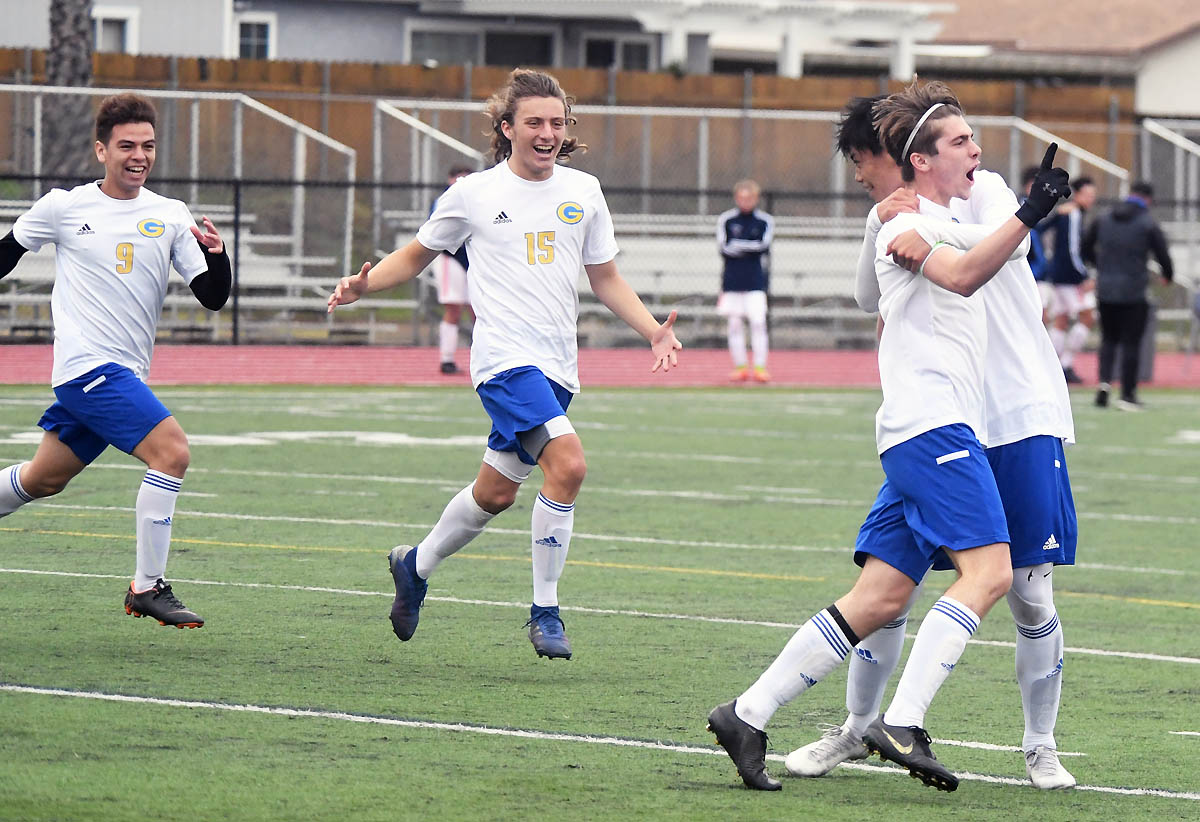 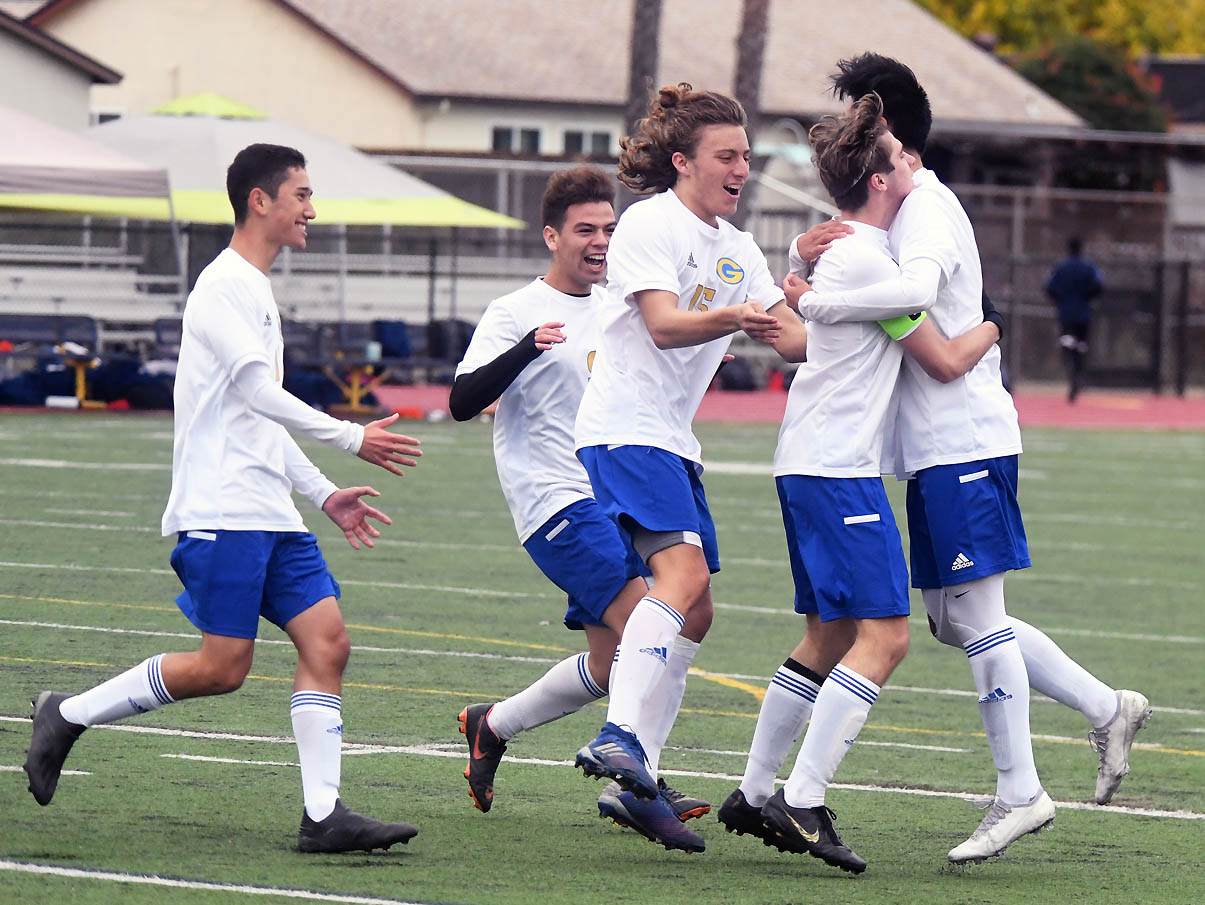 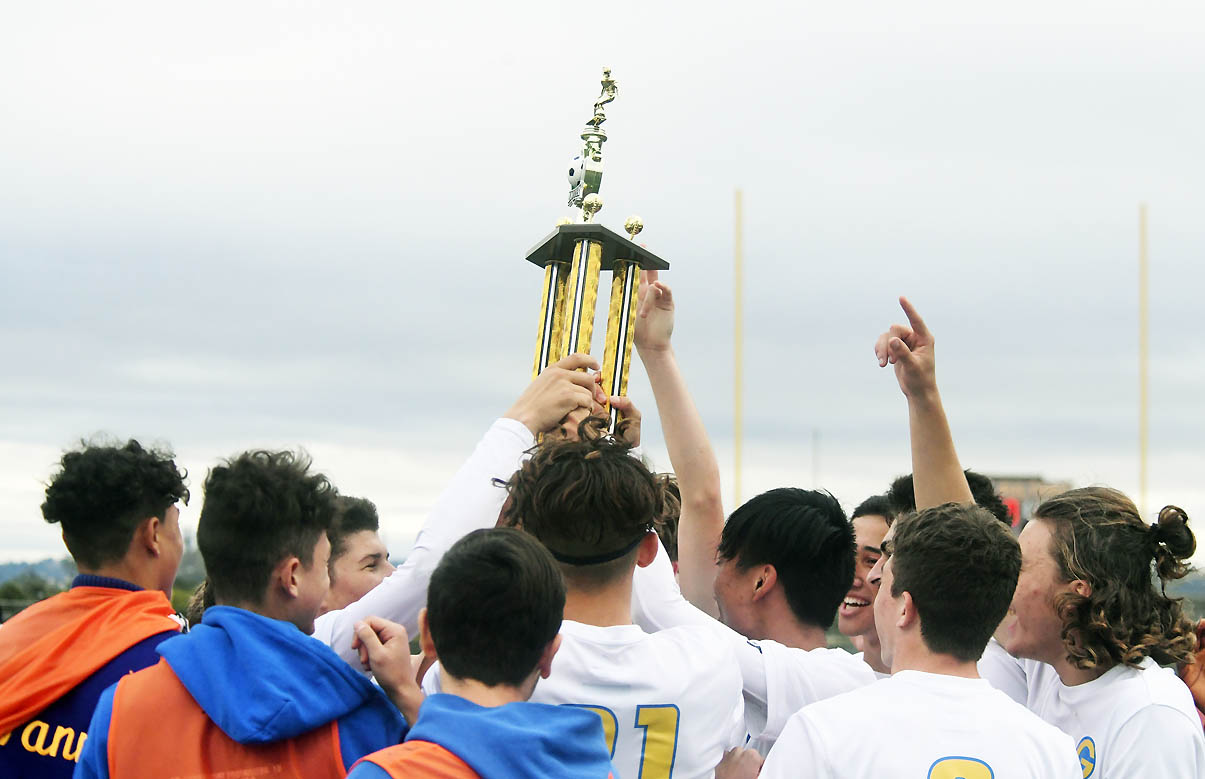 Harns attributed the team’s turnaround to its senior core.

“We have strong leadership,” the Grossmont coach explained. “The kids believe in each other. Things are starting to fall our way.”

Nick Collantes scored in regulation play for the Foothillers while Castillo bulged twine for the Monarchs to set the teams’ marathon cliffhanger in motion.

While the loss was the first of the season for Monte Vista, the Spring Valley team promptly got back in the win column with a 2-0 win over Castle Park in the opening game of the SoCal Classic at El Camino High School on Dec. 27.

Santana edged Calexico, 2-1, in the semifinals on goals by senior Lane Dukes and junior Davin Burroughs, with the game-winner coming in the 75th minute.

Only one goal was scored in the finals rematch between the Sultans and Broncos – that by Dukes in the first half, assisted by senior Nick Valentine.

“We were missing eight players from our football team,” said Phillips, whose team kicked off the season with a 1-3 record. “It took us a while to gel. Now we’re rolling.”

Valhalla defeated West Hills, last season’s San Diego Section Division III champions, by a score of 3-0 in the Gold Division semifinals after finishing pool play with wins over Steele Canyon and Granite Hills and a loss to Montgomery.

But the Norsemen fell in the final to third-ranked Hilltop on a goal by Marcos Calderon in the 57th minute.