A surfer who struck a longtime East County swim coach in the head with a paddleboard was sentenced May 16 to five years in state prison.

Kevin Eslinger, 56, who is a swim coach at both Heartland Swimming Association and El Cajon Valley High School, spoke about the effects the 2018 incident had on his life and work before the sentencing of Paul Taylor Konen, 34.

Probation was denied for Konen by San Diego Superior Court Judge Robert Trentacosta. Konen had been free on $30,000 bond, but he was handcuffed immediately and taken into custody.

Eslinger was surfing off Sunset Cliffs on June 26, 2018, when Konen struck him with a 7-foot paddleboard. He was knocked unconscious, but his wife, Janae Eslinger, helped get him to a hospital emergency room to treat his skull fracture.

“My speech is the most notable issue,” said Eslinger, who said his brain injury damage causes him to slur his words and he is sometimes not understandable.

“He had to learn how to speak again,” said Deputy District Attorney Matthew Greco.

During the trial, Greco referred to Konen as “the bully on the beach.”

“This wasn’t an accident. Nowhere is there remorse,” said Greco to the judge. “Never does he say he’s sorry.”

Trentacosta said Konen doesn’t understand his own actions and said he used his paddle board as a weapon.

Konen’s attorney, Brian McCarthy, asked for a sentence Konen could serve in a work furlough facility. McCarthy said Konen worked at a warehouse and had already been screened for the work furlough program.

“He’s not a violent person or a danger to society,” said McCarthy, who said he had no criminal record.

McCarthy asked the judge to declare the case unusual which would allow him to grant Konen probation. The judge declined to do that.

The judge gave Konen credit for serving one day in jail before posting bond. He said a restitution hearing would be set within 90 days to determine if Konen should pay for Eslinger’s medical expenses that were not covered by insurance.

A jury convicted Konen April 18 of assault with a deadly weapon and causing great bodily injuries after deliberating 11 hours over three days. He could have received a maximum 7-year term.

His attorney argued the blow to the head by the paddleboard was an accident. Konen did not say anything before he was sentenced.

“Two lives were irrevocably changed, but I feel a sense of justice,” said Eslinger afterwards.

A trial date will be set May 23 for three East County residents who were ordered to stand trial for carjacking and robbery in a March 6 incident in La Mesa.

The victim testified May 9 in the preliminary hearing for Jaden Razell Jones, 19, of Spring Valley, Jacob Ronald Jensen, 18, of El Cajon, and Kaitlyn Arianna Gendelman, 19, of El Cajon.

The victim was a taxi driver who picked up the trio and a juvenile March 6 at 1:03 a.m. at the Denny’s Restaurant, 6970 Alvarado Road. A disagreement arose over the fare and two people punched the driver.

One defendant pointed a gun at the driver who exited the vehicle and another person drove the cab away. The driver suffered a laceration and minor swelling to his face.

The cab, which was equipped with a GPS tracking device, was recovered unoccupied at 1:19 a.m. in the 10700 block of US Elevator Road in Spring Valley by La Mesa Police and Sheriff’s deputies. A firearm was recovered.

All four people were arrested in the area. Jones was also ordered to stand trial for a separate carjacking and robbery in a March 2 incident, said prosecutor James Koerber.

They have pleaded not guilty in El Cajon Superior Court. Jones and Jensen remain in jail on $150,000 bail while Gendelman is also in jail on $25,000 bail. 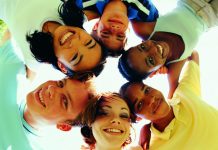 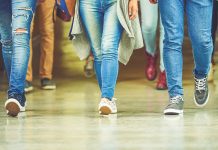 More time to be spent on high school campuses

One Salon on Main Street, the dream of master stylist RAFI