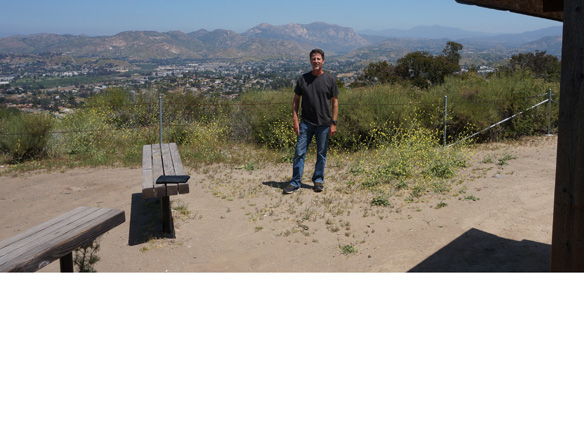 Rattlesnake Mountain is a fairly well known landmark to east county residents. Standing tall east of Gillespie Field, the western face is in fact the City of Santee, the eastern side in unincorporated Lakeside. It is the site of the Sky Ranch community and a large antenna array at its peak. During years past, the 1200-foot mountain has been capped with a lighted star during the holiday season, probably its most famous trait. But Rattlesnake Mountain is also home to a 368-acre land preserve, something most residents and neighbors are unaware of.

Rattlesnake Mountain is a fairly well known landmark to east county residents. Standing tall east of Gillespie Field, the western face is in fact the City of Santee, the eastern side in unincorporated Lakeside. It is the site of the Sky Ranch community and a large antenna array at its peak. During years past, the 1200-foot mountain has been capped with a lighted star during the holiday season, probably its most famous trait. But Rattlesnake Mountain is also home to a 368-acre land preserve, something most residents and neighbors are unaware of. The Habitat Conservation Area is owned by the Center for Natural Lands Management.

CNLM is a nonprofit organization established in 1990 to preserve sensitive biological resources through professional, science-based stewardship of conservation lands in perpetuity. They are dedicated to protecting and restoring imperiled species and their habitat. Originally formed in California, the group now owns and/or manages 76 different preserves throughout the state and has expanded north into Washington. Much of the property is mitigation for developed lands. Some have limited public access with dedicated trails; others are closed because of the vulnerability of the habitat and its native species.

Working for CNLM in San Diego County is Markus Spiegelberg, Regional Preserve Manager for San Diego County. Spiegelberg joined CNLM in 1999. He currently oversees management of all 20 preserves in the county, over 4500 total acres, and supervises a small staff. Before he came to CNLM, Spiegelberg attended UC Berkley and then San Diego State University, where he earned a masters degree in ecology. Spiegelberg is here to protect nature.

In the case of Rattlesnake Mountain, CNLM owns the preserve property, which falls entirely in the City of Santee. They acquired it from 2007 to 2012 as mitigation for other properties that had been developed in the area. According Spiegelberg, much of the mountain habitat is in pretty good shape, with a major exception being the non-native mustard plants. His goal is to reduce the outbreak of these plants on the mountain.

These mustards get quite dense, especially after the winter rains. So a primary task here is to remove these non-natives – meaning pulling them up by the root by hand – and replanting the appropriate native residents. If you look at the south face of the mountain, above Pepper Drive, you can see what looks like a bare spot with sparse plants. This has been one of Spiegelberg’s main projects. This is the way the healthy mountain should appear and protect the land.

The mustards tend to choke out the native plants and damage the habitat. While the bees and the ladybugs like its plentiful yellow flowers, when the plants dry they become a huge fuel source for wildfires – it burns so hot it kills the surrounding plants, which in turn removes the natural protection from erosion and leads to further damage when it rains again.

While public access tends not to be a priority, the Rattlesnake Mountain preserve does have two maintained trails. One is rather short and connects a neighborhood to the adjacent school (off of Brockway Street). The second is a sight to behold. Boasting one of the grandest views in the east county, the viewpoint trail can be entered from the intersection of Mariposa and Morella Streets in Sky Ranch. This short but steep trail leads up to a 180-degree-plus view, from the El Cajon Valley to Santee. From here you can look down on planes landing at Gillespie Field and see Highway 52 cresting Mission Trails Park. Turn around and there is El Cajon Mountain (aka, El Capitan) and the Cuyamacas. It is truly one of the most spectacular vistas in the area – and it’s easy to get to. The streets and the community are public, but have some respect for the residents. And don’t try to go up there on New Year’s Eve or the Fourth of July – public access is denied on those holidays.

Interestingly, there are two smaller parcels considered part of the Rattlesnake Mountain Habitat Conservation Area, but not directly connected to it. East Mesa is located south of Grossmont College and adjacent to State Route 125; Santee Hills located near the future Fanita Ranch, near the terminus of Magnolia Drive in Santee.

Lakeside has two other CNLM preserves in the general area. The Woodridge Preserve is located behind Tierra del Sol Middle School and has trails and an interpretive kiosk. There other preserve is over in Blossom Valley, where a trail leads up from El Monte Park to the Blossom Valley Estates. It is very steep and about 2 miles in length. Most of the other local CNLM land is in the north county: Carlsbad, Oceanside, etc.

For more information on the Center for Natural Lands Management, check out their website at www.cnlm.org or call them at (760) 731-7790. Markus Spiegelberg can be emailed at mspiegelberg@cnlm.org. 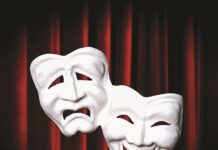