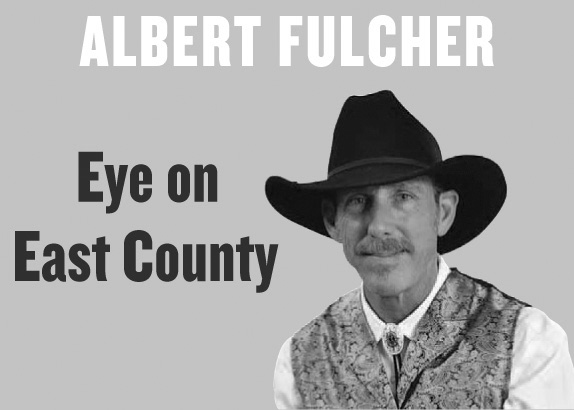 Add to this the fact that President Donald Trump ordered his EPA administrator to throw out a 2015 rule that protects seasonal streams and isolated ponds, shrinking the Clean Water Act. It is estimated that this action alone will eliminate protection for tens of thousands of wetlands coast to coast and that 60 percent of U.S. streams would loose protection that goes right down to our drinking water. This is not a good combination when it comes to fighting the proposed sand mining operation that will extract 18 million tons of sand over a span of 15 years from the El Monte Valley. If this happens, the community of Lakeside will never be the same again.

Although I understand that most non-profits do not have $9 million to invest at a single given time, I am appalled that not one single environmental agency stepped up when they had the chance to purchase this land during the period when Helix Water District, by law, opened the land up for sale to public agencies. I just do not comprehend what is going on with our local environmental agencies and the apathy that they have shown with this and other sand mining projects that will eventually destroy the community of Lakeside and have a direct impact on the highways and Interstates in East County when they start hauling an estimated 250 trucks of sand out every day going in all directions from the site.

This is not just a Lakeside issue. This would negatively affect a majority of East County given the traffic congestion alone. It seems like a losing battle more every day, especially as it looks right now that our local environmental agencies are more onboard with this project than against it. I wonder if they will even attempt to try and challenge the environmental report once it is made public. So far they have shown me nothing that says they even want to protect this area, even though it borders protected land and waterways. At least for now that is. If the Clean Water Act is gutted, they might not have the funding or need for protecting our backcountry.

San Diego County Planning Commissioner Michael Beck believes that to restore the El Monte Valley it first needs to be destroyed. This is an odd approach since he is the founder of the Endangered Habitat League, along with other environmental agency roles past and present. He has said he would recuse himself from actions taken by the Commission when dealing with this project, but as an environmentalist it is nothing short of ludicrous. He should be fighting against this, not supporting it.

This is just another bedroom to the boardroom politics and I’m not talking about the San Diego Riverbed. If this project was happening in his backyard, I bet his opinion on this matter would be different. And if this comes to vote before the San Diego County Board of Supervisors before Dianne Jacob’s term is over, I hope that she considers how she would vote if this project was happening in her backyard. She was quick to oppose the Hollywood Casino calling it the “Hollywood Horror Show.” Is the El Monte Sand Mining Project something she wants added to her long legacy of her hard work, love and dedication to East County?

Petition the County Board of Supervisors and let them know that this is not an acceptable deal in East County.