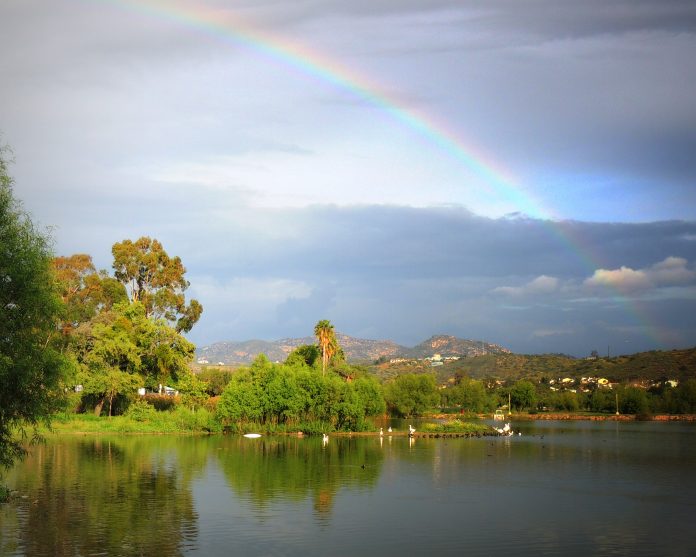 The addition, to be implemented next year, will be part of a photovoltaic energy system.

A 5-0 San Diego County Board of Supervisors vote Aug. 7 authorized the advertisement for bid and subsequent award of a contract to construct four new free-standing carport structures with photovoltaic panels on their roofs.  The county supervisors also found the project categorically exempt from California Environmental Quality Act review.

Lakeside’s 55-acre park includes a community center and a teen center as well as playgrounds, a large group picnic shelter, barbecue and picnic areas, a ball field, tennis courts, outdoor fitness stations, a skateboard park, a historic boathouse and walking trails. The community center and teen center provide activities to residents but also make Lindo Lake Park one of the county’s parks with the highest energy use, and when the new Lakeside branch library is complete the existing Vine Street building may be added to Lindo Lake Park.

The county already has photovoltaic energy systems at the 10,000 square foot Lakeside Community Center and at the 2,100 square foot Lakeside Teen Center, but those systems only produce approximately 71 percent of the energy used for those two buildings. The photovoltaic panels which would be on carport structures in the parking lot northwest of the community center and teen center would allow all of the energy for the two buildings to be produced by on-site solar generation. The carport structures will also provide shade for at least 15 parking spaces.

The project will also include the installation of drought-tolerant and low-maintenance planting supported by a water-conserving irrigation system.

The planting and irrigation will be along the corner of Vine Street and Lakeshore Drive and will have slope stabilization as well as water conservation benefits.

The Lakeside Community Planning Group voted 11-0 July 17 to recommend the construction of the photovoltaic carport structure and the planting and irrigation improvements.

The county has budgeted $1,000,000 for the project, with the construction contract itself being expected to cost $851,000 including contingency funding, while the other $149,000 will be used for design inspection, construction management, project administration, and other non-construction expenses. A balance in the Fiscal Year 2018-19 general fund will provide the revenue for the project.

Construction for the photovoltaic-covered carport is expected to begin this fall and be complete by summer 2020.