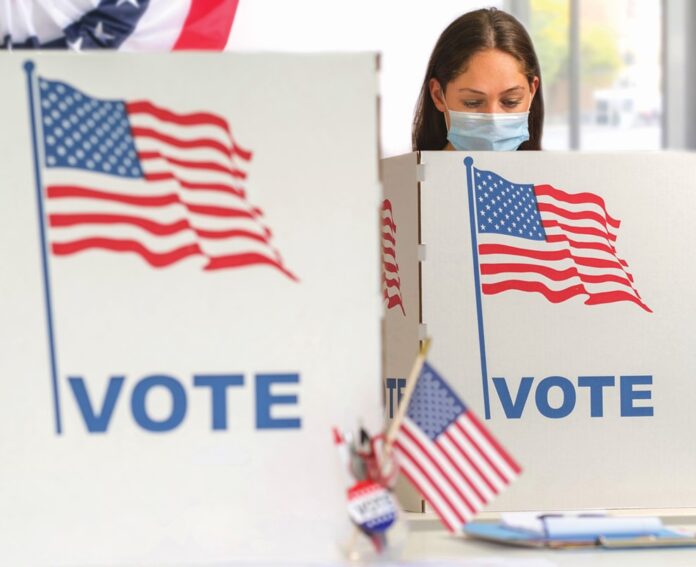 ON RETAINING DEPUTIES: “I would have monthly meetings with deputy sheriffs to talk about what’s going on. The way it is now at the sheriff’s department: twice a day they change out what they’re doing. One team does it one way and there’s no consistency between the two, much less between different patrol stations.”

ON GUN CONTROL: “We need to hold people accountable who use guns in an unlawful manner. Murder is unlawful, so is assault with a deadly weaponthere isn’t any other law that needs to be in place. The person is the problem, not the object.”

Battle’s entire interview can be found in the May 20 edition of The East County Californian or at: eccalifornian.com

ON POLICING THE HOMELESS: “The rhetoric says homelessness is not a law enforcement problem. With local municipalities that might be more true but with the county— the sheriff should be leading the charge, taking the lead to bring groups together to solve the problem,”

ON THE DEPARTMENT’S ROLE IN THE COMMUNITY: “People’s perception of law enforcement is based on the society or country where they grew up. Until they learn how law enforcement operates here, how it is different, it’s important to reach out to bring people into the fold, talk with them, ask what we can do for them.”

Gunderson’s entire interview can be found in the May 27 edition of The East County Californian or at: eccalifornian.com

EXPERIENCE: Started with the agency as a deputy sheriff in 1985

ON HER PRIORITIES:
“I have three priorities both as undersheriff and if I am elected: First, we need a ton more staff and need to get more people hired and trained. Second, we need to make huge investments in our jails. Third, we need to address public safety, the ghost gun issue—we recovered a ghost gun off a 15-year-old who committed a robbery. That’s a problem when criminals have unserialized weapons.”

ON THE CITIZENS LAW ENFORCEMENT REVIEW BOARD: To give the CLERB office access right at the scene helps them with increased access to information they can use for investigations,” Martinez said at the time.

Martinez’s entire interview can be found in the May 20 edition of The East County Californian or at: eccalifornian.com

ON WHY HE IS RUNNING AGAIN FOR SHERIFF: “I ran against my boss, Bill Gore in 2018 but only got 40% of the votes and retired that June. I agreed to run for Sheriff again because I truly believe there is a tremendous void of leadership within the department that has led to record high jail deaths and lack of honesty with the community,”

ON POLICING THE HOMELESS: “I think our law enforcement has been looked upon as the go-to for unsheltered people, the mentally ill, long-term drug abusers. Criminalizing has nothing to do with solving the homeless issues, it doesn’t make it better, it just forces people into a jail situation that isn’t equipped for them.”

Myer’s entire interview can be found in the May 13 edition of The East County Californian or at: eccalifornian.com

ON ENFORCING MANDATES DURI G THE PANDEMIC: “Closing churches, closing businesses, mandatory vaccinations— all that, I believe, was a violation of our God-given and Constitutional rights. If the person at the top had stepped up and said ‘These aren’t laws, we’re not going to enforce them,’ that could have gone a long way and I want to be in that position if and when it happens again.”

ON POLICING THE HOMELESS: “When people are in front of businesses, scaring away customers, you need to make sure that doesn’t happen. I don’t believe they should be allowed to have all these belongings on public property. We need the sidewalks for walking, we need the streets for driving, we can’t just have homeless camps there.” Peck said.

Peck’s entire interview can be found in the May 13 edition of The East County Californian or at: eccalifornian.com

***Two additional candidates, John Hemmerling and Juan Mercado, chose not to participate in interviews with The East County Californian.