The sports world keeps being turned on its end during the ongoing COVID-19 (coronavirus) pandemic.

In all cases, a conference-only schedule was approved, with competition in football, soccer and volleyball starting no earlier than the week of Sept. 26.

The university said the decision was designed to allow additional time to monitor ongoing developments related to the status of the COVID-19 virus, continue all necessary preparations for the potential return to competition and retain the opportunity for student-athletes to participate in their respective sports.

The axe came down on those plans just four days later, on Aug. 10, after the Mountain West Conference elected, out of a concern for health and safety measures, to indefinitely postpone all those activities.

SDSU followed by confirming its adherence to the conference’s latest decision.

“Nothing is more important that the health and well-being of our students, student-athletes, coaches, faculty, staff and overall communities,” Dr. Mary Papazian, San Jose State University president and chair of the MW Board of Directors. “Through the hard work of many over the past several months, the conference made every effort to create an opportunity for our student-athletes to compete, and we empathize with the disappointment this creates for everyone associated with our programs. The best interests of our students and student-athletes remain our focus and we will persist in our efforts to forge a viable and responsible path forward.”

MW Commissioner Craig Thompson said since the start of the pandemic that membership and staff have been working diligently to prepare for a fall sports season.

“We were hopeful we could carefully and responsibly conduct competition as originally scheduled with essential protocols in place,” Thompson explained. “However, numerous external factors and unknowns outside our control made this difficult decision necessary. I fully understand the impact of this outcome on our student-athletes, coaches, administrators and staff who work so hard daily to play the sports we all love, and I share in their disappointment. We will continue to navigate this pandemic together, overcome the obstacles and return to intercollegiate athletics at the earliest opportunity.”

The Mountain West is now exploring the feasibility of rescheduling fall sports competition, including the possibility of those sports competing in the spring, and develop options for consideration, the conference noted in a press release. 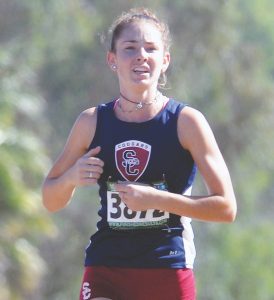 The conference said that athletically-related activities and training opportunities for enrolled student-athletes will also be evaluated consistent with NCAA legislation and guidance, as well as state, local and campus parameters.

Though all intercollegiate competitions are postponed, SDSU teams will still practice and work out in accordance to NCAA legislation and guidance as well as state, local and campus parameters and institutional determination.

SDSU said it will continue all necessary preparations for the potential return to competition during the 2020-21 academic year and retain the opportunity for student-athletes to participate in their respective sports.

“When we started the process months ago of looking at what fall sports may look like, we did so with one non-negotiable aspect — the safety and well-being of our student-athletes,” San Diego State athletic director John David Wicker said. “After continuous consultation with local and state health officials and in conjunction with the Mountain West Conference, we have decided to postpone our fall sport competitions.

“We will continue to honor student-athlete scholarships and work with them on the pursuit of their degrees on the heels of a record-setting academic performance last spring,” Wicker said. “We will continue to evaluate the possibility of a spring season for those sports impacted by today’s decision.”

SDSU has won at least 10 games in four of the past five seasons.

“We know that we are making changes to the schedule for the safety and health of the players, and that is always the right thing to do,” Hoke said. “I am very disappointed for our student-athletes. They were excited in their commitment and preparation for the upcoming season. Now we are going to have to readjust. I am proud of San Diego State president Adela de la Torre and athletic director John David Wicker for their approach and guidance during this challenging time.”

Baker won his only start when he completed 19 of 24 passing attempts for 172 yards with one touchdown in a 13-3 non-conference victory against BYU.

The Aztec women’s soccer team initially had its non-conference schedule cancelled after the Aug. 6 announcement and was set to play a conference-only slate starting the weekend of Sept. 26.

SDSU finished 10-9-1 last season, 8-3 in conference play. The Lady Aztecs tied for the regular season conference championship and went on to post a runner-up finish (to Boise State) in the conference tournament championship game.

Women’s volleyball was also scheduled to play a conference-only match schedule as well. The team will now have to wait to inaugurate the new era for Brent Hilliard, who was named the team’s new coach in January.

Men’s soccer competes in the Pac-12 Conference. The Pac-12 announced on Aug. 11 that it had cancelled all fall sports for the 2020 season and will move them instead to the spring semester.

Options for the 2020 cross country season were still being reviewed, SDSU officials said.

Steele Canyon alumnus Carlene Masar, a junior, is among the five county locals on the team’s 13-deep roster.

A three-time All-CIF selection in high school, Masar was the top Lady Aztec finisher in five of SDSU’s six races last season. Collegiate bests include 19:03.4 for 5K and 21:44.5 for 6K distances.

Head coaches from those sports weighed in with their comments on the schedule postponement.

“We are all just hoping for the best scenario this season, but understand that the safety and well-being of our athletes is paramount,” said SDSU cross country head coach Sheila Burrell, who trained at the former Olympic Training Center-Chula Vista complex and finished fourth in the heptathlon at the 2014 Summer Games in Athens. “We will make the best of the opportunity to prepare our team for the spring.”

“We are saddened by the news, but also glad that the Mountain West and its member institutions have made this decision, which is in the best interests of our student-athletes and those involved with our program,” SDSU women’s soccer head coach Mike Friesen said. “We are looking forward to a more normal competitive situation. With last spring’s season cut short due to the pandemic, this move will give us more time to bond and work together, which can only benefit us in the future. I encourage everyone to wear a mask and follow the guidelines set forth by our medical experts. Doing that will help us get back on the field as soon as possible.”

“After hearing the latest news, I can say it does not come as a major surprise,” Hilliard said. “Our philosophy has been one of hope for the best but prepare for everything else. With that said, our team moves forward each day trying to become a little bit better and at the ready to reach our team goals.

“On a personal level it has been wonderful to see the pure joy of being together as a team during these last couple of practices. I hope that we can find a way to stay the course and continue to work, as it has been inspiring to both myself and staff.”

The University of San Diego, and the rest of the Pioneer League, also will not play football in the fall. The Toreros have won six consecutive league championships and currently own the nation’s longest active conference winning streak at 37 games.

One high profile casualty from the postponed SDSU football season has been the cancellation of the annual KGB SkyShow at SDCCU Stadium.

The Pac-12 announcement came on the heels of a similar announcement by the Big Ten Conference. Both conferences hope to play in spring 2021, though no specific plans have been announced.

“The health, safety and well-being of our student-athletes and all those connected to Pac-12 sports has been our number one priority since the start of this current crisis,” Pac-12 Commissioner Larry Scott said.  “Our student-athletes, fans, staff and all those who love college sports would like to have seen the season played this calendar year as originally planned, and we know how disappointing this is.”

While Major League Baseball, Major League Soccer, the NHL and NBA have resumed some form of play, whether in tournament or playoff format, collegiate sports remain a different animal.

“Unlike professional sports, college sports cannot operate in a bubble,” Scott said in a statement. “Our athletic programs are a part of broader campuses in communities where in many cases the prevalence of COVID-19 is significant. We will continue to monitor the situation and when conditions change, we will be ready to explore all options to play the impacted sports in the new calendar year.”

The coronavirus pandemic has wreaked havoc on scholastic sports. In an unprecedented move, the NCAA cancelled its March Madness basketball tournament, one of the largest, most prestigious — and biggest money-making — events on its annual schedule.

Spring sports were cancelled as well, with many teams having barely gotten into their schedules.

There were no College Baseball World Series or national championship softball tournament, or conference, regional or national swimming and track and field championships.

Nothing. The collegiate sports world stopped dead in its tracks.

There was no state track and field championship meet, one of the highlights of the entire high school sports schedule.

The cancellations opened a path down a dark tunnel filled with uncertainty.

Months later scholastic sports are still trying to bravely make their way out of that darkness.

The San Diego Section has pushed back the start of its fall schedule to December following directives from the State CIF Office.

The California Community College Athletic Association has moved all sports to the spring semester.

Despite the resumption of play in pro baseball and pro soccer, the specter of the COVID-19 virus remains ever-present and continues to claim new victims.

Scholastic sports have been more prudent in their decisions to move forward in these uncertain times.