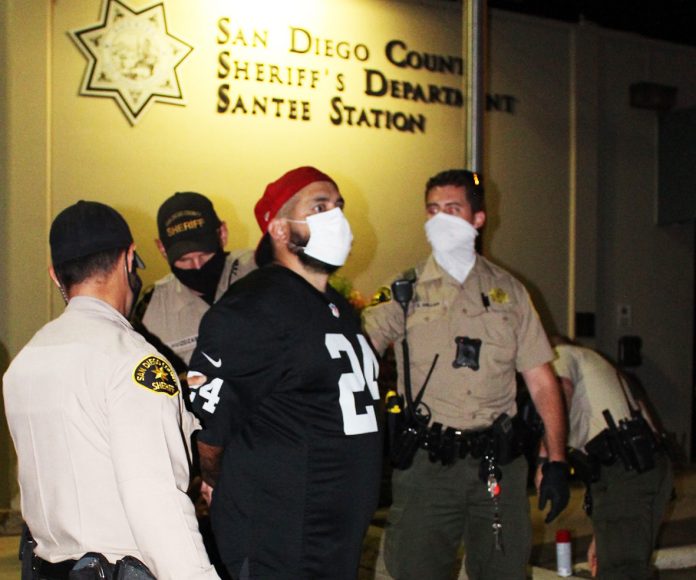 The Democrat and Republican, respectively, were interviewed by the group’s leader Justin Haskins and parts of the webstreamed video were released over the weekend.

“How many times do we have to tolerate being abused by racists? We’re tired,” Sepulvado said before announcing several speakers that night would be identified solely by first name for their protection and the gathering kept under an hour because of a threat he said he had received earlier in the evening from DEC warning him against holding the event.

Defend East County was formed this year in response to Black Lives Matter protests against police brutality and has been criticized for encouraging racism and white supremacy on its social media pages.

One woman identified herself as Persian-American and said she was disappointed that Campa-Najjar, “a Middle Eastern man can sit down and chitchat with DEC.”

Another speaker said that whether or not anyone in attendance voted for either Campa-Najjar or Issa, the reality is one of them is going to win the election and hold office.

“What next? Watch their every move. For the entire time they are in office, it is our job as voters to watch them and hold them accountable. Don’t stop paying attention,” she said.

As the protest drew to a close Sepulvado recalled how Campa-Najjar was “brutally subjected to racist attacks from Duncan Hunter back when he was campaigning against him,” and reiterated plans to present a case to Becerra.

“We are not saying Defend East County is guilty, we are saying they need to be investigated,” Sepulvado said.

He whipped out two cans of red spray paint, announced he would be taking a symbolic stand against the red line of racism, then drew a line across the sidewalk.

Several other people followed suit, one saying audibly “I’m so tired” as she sprayed a red line of paint.

San Diego Sheriff’s Deputies   emerged from the Santee substation and arrested Sepulvado after he claimed sole responsibility for painting on the sidewalk.