Five local educators were named among San Diego County Teachers of the Year, including Grossmont Union High School District’s El Capitan teacher Jay Tweet. This year’s teachers will be honored at the 30th annual “Cox Presents: A Salute to Teachers” on Nov. 21 on Cox’s YurView Network.

El Capitan Principal Scott Goergens said he does not know about El Capitan’s history, but in his 20-year career, Tweet is only the second teacher he has worked with who moved on to the County Teacher of the Year.

He said that with 46 districts in the county, starting off with site teacher of the year is quite an honor, voting coming from peers before moving on to the district level.

“To become one of the district teachers of the year is absolutely stupendous,” said Goergens. “It is actually a pretty strenuous process, so once you get identified there is a lot of communication, essays, people coming in and recording you teach, student statements. It is a pretty in-depth process because they want to get to know about the teachers and their strengths. I’ve had teachers make it through the site teacher of the year, but don’t want to go through the county process because of the level of work involved.”

Tweet has taught at El Capitan for 16 years. He teaches AP economics and honors government. He said he loves these subjects because most students come in knowing nothing about economics and working with something totally new to them is exciting.

He is the advisor for the e-sports team where students play competitive video games and this year, with other teachers, started the process on how schools would be looking at opening for students this fall. He worked with teachers on the district level to develop a plan for reopening schools in the fall while switching the district from a semester system to a quarter system to help students as they try to learn remotely.

Tweet co-founded one of the first triple-immersion high school programs in the country and altered his own grading policies to help increase student attendance.

“I entered education to make a difference by helping people become better thinkers,” he said. “Students need to be challenged to break them from their focus on grades and points so that real learning can occur.

Tweet said when he was first hired, he thought he would be at El Capitan for three to four years, but the school grew on him and he is amazed at the groups of students he is privileged to work with each year.

Tweet said that though COVID-19 disrupted schools, he believes at some point they will all look back at this as an amazing opportunity for education.

“What I truly believe is that for a long time in the education system we have been spoon feeding students to try and get the best test scores that we can and students have learned to become dependent on their teachers for nearly everything,” said Tweet. “Students can take this opportunity to learn to become a little bit more independent and take a little bit more responsibility, I think it will serve them not just in education, but it will serve them for the rest of their lives.”

“First and foremost, his classroom teaching is on point,” he said. “He is one of those teachers who relates really well with the students. A lot of students need to know that the teacher cares about them before they engage in the material, but he develops a relationship with the students right away. He is very humorous, a great guy and someone like that takes time to develop those relationships. Once you have those students dialed-in, then he really pushes them academically, he is a great motivator. Kids are very successful in his class.”

Goergens said Tweet teaches its Advance Placement for students, so several of them take national AP placement and that the school’s scores are way better than the national average.

“Additionally, he runs our Black Student Union, represents our e-gaming club, he is one of our main District teacher negotiators so he has his hands in anything he possibly can. We always joke that he never takes nights or weekends off. He is a 365 24/7 teacher. We couldn’t be prouder of him.” 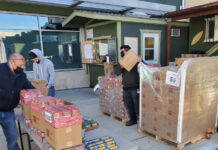 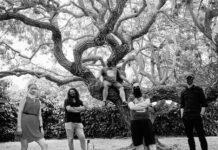 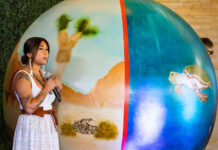