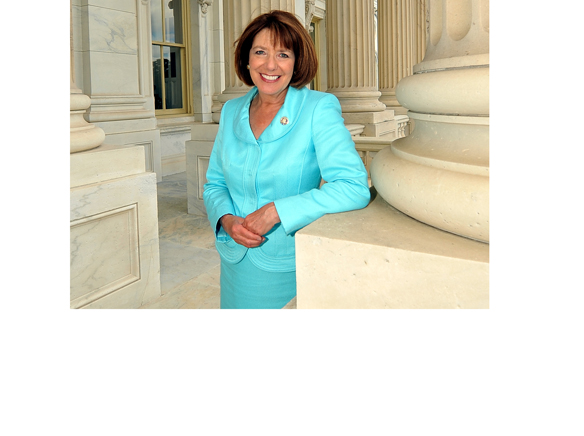 Congresswoman Susan Davis (D – California 53rd District) spoke of her views on the top issues facing our nation’s veterans. As a senior member of the House Armed Services Committee, the current ranking member on the House Armed Service Subcommittee on Military Personnel, and former member of the House Committee on Veterans Affairs, her knowledge of and perspective on veterans’ matters impact our community.

Congresswoman Susan Davis (D – California 53rd District) spoke of her views on the top issues facing our nation’s veterans. As a senior member of the House Armed Services Committee, the current ranking member on the House Armed Service Subcommittee on Military Personnel, and former member of the House Committee on Veterans Affairs, her knowledge of and perspective on veterans’ matters impact our community.

When asked to identify the top three issues facing veterans, she provided four—healthcare and suicide prevention, workplace transition, homelessness, and women as an underrepresented segment in the veterans’ population.

Davis’ comments contained dissatisfaction with the Department of Veterans Affairs (VA). On healthcare and suicide prevention, Davis spoke of an Army veteran, Daniel Somers, who took his own life in 2013.  She said there was lack of support experienced by this soldier when he desperately needed it. Somers was living in Phoenix and caught up in the VA problems there. Reportedly suffering from PTSD and traumatic brain injury (TBI), he could not get responses from the VA and was one of the many who were wait listed. Davis highlighted that even his parents could not get information as the “system had failed them and their son.”

“The problem is visibility. As parents of a married service member, we had no idea that there were resources for us, resources that could have helped us understand what our son went through, what he was going through and how to help him. We had no idea that we could have called the Veterans Administration and asked to speak with his mental health providers to give them a clearer picture of what changes we saw in Daniel. We had no idea that the Vet Center could have provided us insight and guidance in how to talk to him about his war experiences.” (Operation Engage America)

Davis continued, observing that the VA was ill equipped and unresponsive to the needs of our veterans, speaking to its inadequacies in providing support to female veterans. The VA was not prepared for and initially failed to appreciate the numbers of female veterans who experienced traumatic battlefield episodes in recent wars. At first, the VA “shunted them off,” in what can be described as a failure to understand that large numbers of women had actually been in combat. In our latest wars where there were no conventional front lines, female warriors were exposed to and experienced the horrors of ground combat. Combat of the type leading to Sergeant Leigh Hester and Specialist Monica Brown being awarded the Silver Star for gallantry on the battlefield. Combat reflected in the Defense Casualty Analysis System reporting of Operation Enduring Freedom, Operation Iraqi Freedom, and Operation New Dawn casualty figures indicated female service members accounted for 161 military deaths and 1,016 wounded in action.

Davis continued, indicating an estimated 20 percent of women veterans who served in combat zones suffer from PTSD. (The Wounded Warrior Project estimates 400,000 suffer from combat-related stress, major depression, and post-traumatic stress disorder.)  Additionally, she said one in four women report sexual assault or sexual harassment.  Davis advocates for the need for services designed specifically for female warriors and veterans. Gender centric services and support are required, and for the long term. While matters have improved, she said, “There is long way to go.”  Continuing, she said some of the improvements specifically include addressing mental health care.

One of the improvements she noted is that officers are encouraging, by personal example and leadership, the seeking of help for all those who served in combat. One initiative is mandatory sit down interviews for every individual who served in a combat zone. Help the warriors and veterans know it is okay to have feelings about their experiences. It does not have to be the “sucking it up standard” that Davis addressed. As she stated, trauma experience is normal in combat. The key is enabling warriors to talk about their experiences.  Initially, however, the help was not there, it was harder, and many things were not reported. Now more and more active duty force are coming forward and talking, reducing the stigma. While resources and approach were initially deficient, she said that the improvement benefits military department civilians and the broader, general population.

Davis observed the carryover lessons learned are helping the general population realize that PTSD is not exclusive to combat, that other events and experiences can produce it. This led to improved services in the mental health field, not only for veterans, but also for the average citizen. She emphasized it is imperative veterans know where to go and obtain support and services.  Specifically addressing remote parts of our nation, she spoke of employing telemedicine, proactively checking in with veterans located in remote areas distant from VA facilities, and continuing peer-counseling efforts. Expanding support for families and caregivers of veterans make it easier for spouses and caregivers to access care. Recognizing the long-term nature of this health care requirement, Davis repeated her statements that the nation needs to improve, and find better ways to help veterans and their families.

“We need to build into projections the future needs of our warriors and their families.” We must find better ways to provide “ample access to services all the time,” she said.

Some services must include workplace transition. While there has been a lot of progress, many vets are short changed as they seek certification and qualifications from various training and educational systems and programs. In effect, GI Bill benefits are going to waste, because they are not going to what the veterans need. At this point, she asked my opinion.  Based on experience working at San Diego State University, I offered to her that interest inventories be given to our veterans, before they begin a course of study. Interest inventories can help a veteran identify their individual preferences for specific fields of study or activities. Employing this information can then help the veteran avoid the pitfall of starting a field of study, spending a lot of his/her Post 9/11 GI Bill benefits, only to find they really do not have the interest in that field. But whatever the action, Davis reports more should be done to help our vets enter and be successful in the modern workplace.