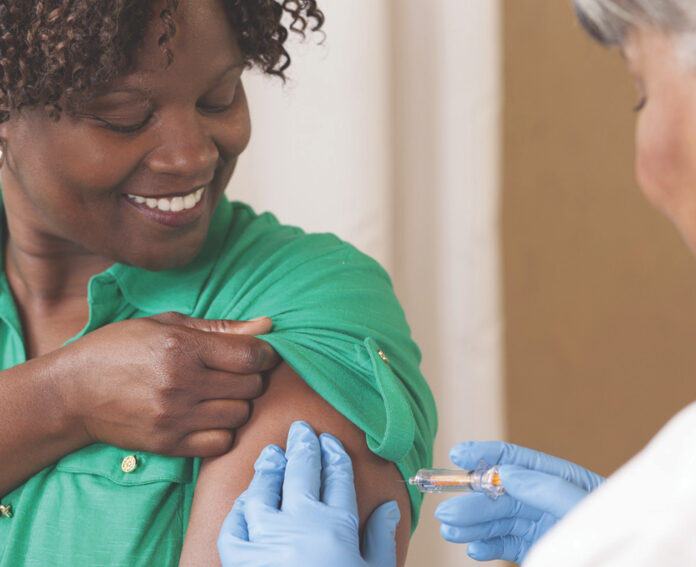 County of San Diego officials  reported that before the three COVID-19 vaccinations became available in the U.S., only 42% of Black Americans planned to receive the vaccines, and as of today, only 47.2% of Black San Diegans have received a vaccine dose according to county data. In comparison, vaccinations of whites are at 63.9%, Asians 71.1%, and Latinos 72.7%.

Sharp Rees-Steely Medical Group Cardiologist Dr. Robert Gillespie said that though the numbers are close, he believes that the vaccination rate of Black and African Americans in the county is above 50% as data collected by the county is incomplete, and the numbers do not include people who participated in clinical trials like himself, or people employed by the Department of Defense, and there is a significant amount of people that identify as mixed race, and a small percent of unknown. Gillespie said there is a large disparity of vaccinations among Black Americans, mostly due to vaccine hesitancy and the historical inequity of Black people in the healthcare system.

“There is definitely a differential between African Americans who have been vaccinated and other populations,” he said. “There is much to do with that and that is why we saw so many people lining up at the event in the community.”

On Dec. 11, Gillespie attended a vaccination event targeting Black Americans at Bethel AME Church of San Diego, a joint effort between Sharp Rees-Steely and the Joint Initiatives for Racial Equity in Health.

“That is a trust factor,” he said. “That may seem odd to those who have not experience racism in medicine. Not only historically like in Tuskegee, but I am referring to interactions that occur, even if subtle, that occur on a daily basis with many patients of color. There is a distrust that remains.”

Gillespie said for the most part, any of those people in line at the event can go down to their local pharmacy and get vaccinated, but that they chose to come to a community event. He said if you look at the 65 and older age group, around 75% of Black community is vaccinated, which is three out of four people in those that are at the highest risks. Gillespie said many young people on social media are receiving misinformation and that it has had a disproportionate affect on African American populations, as many of the younger folks have not been vaccinated.

“When the vaccinations first came out, we had a situation where certain communities did not have access,” he said. “Everyone that was computer savvy, able to get online, knew how to navigate the system, got vaccinated quickly.”

Gillespie said that is why they are going out into these communities and holding these types of events to get Black people vaccinated. He said there is also a large disparity of vaccinations in the 5-11 year old group.

“The way we increase uptake in minority populations is to go to their life locations,” he said. “Right now, we are focusing on going to schools. Our group has not started this, but other groups have, and we are going to start going to schools soon,” he said.

Gillespie said it is important not to give up when communicating with the Black community on getting vaccinated.

“I find that many African Americans are vaccine hesitant,” he said. “I take care of all different kinds of races and different people. There are some groups of politically conservative people who are often totally vaccine resistant and no matter what you say, it is just not going to happen. You are not going to get every African American to get vaccinated. But, when I sit down with them and have a discussion, they might not do it the first time, but if you stay with it, a high percentage get vaccinated.”

At the event, Gillespie spoke to a few people who did not get vaccinated, but they had questions about the vaccines. Gillespie created a video for his church which has been shared with other churches.

“It is going through these community trusted locations, like churches, barber shops, and places like that where you can go and have discussions,” he said. “It is a lot of time and effort to make it happen. It is more of a grassroots approach offering more access at community locations like we did on Saturday. Take it to the community to the people that they trust. People of color who they trust and people like pastors…”

Gillespie said there are many white physicians that have a major impact in getting the Black community vaccinated if they approach it the right way. He said only five percent of the doctors in the nation are African American, so there will never be enough Black doctors to take care of every Black patient.

“But there are ways to approach people in a way that is understanding of their past or what they may be going through,” he said, “You have to be personal when dealing with them. It is not business as usual. I think all doctors should be that way, but it is particularly important to have cultural confidence. An example. Because of years of discrimination, a young 35-year-old doctor coming into a room with an 80-year-old man and says, ‘Hi John, How are you?’ does not go off very well in this community. He should not do that. It is Mr. Jones. So, there are many little things that we can do that creates the trust, and that is important to make that happen.”

Gillespie said that a bad “bedside manner” might not be as important to some as to others who have had issues in the past with physicians, especially in people that have dealt with healthcare racism all their lives.

“If you have never had a negative experience in the healthcare system repeatedly, that might not be as important to you if someone treats you that way,” he said. “But someone that has had that kind of experience, it is a different feeling for them.”

Gillespie said that doctors, hospitals, and the communities must do better in bringing awareness, trust and information to Black communities to get them to get vaccinated, and that includes booster vaccines.

“African Americans are falling behind the general population,” he said.

How exercise can help you live longer

Could bacteria buildup on your glasses cause COVID-19?