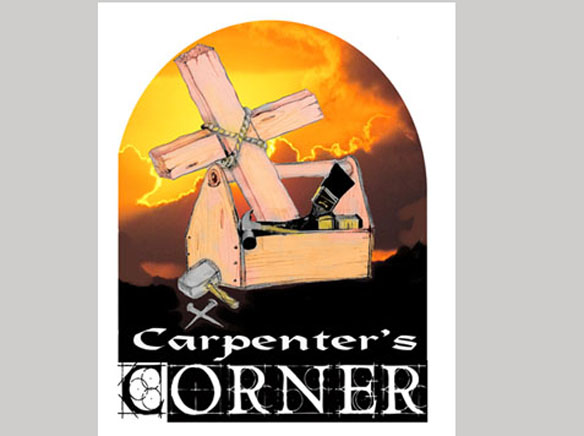 Have you ever felt really alone? Like you were of no consequence to anyone or that your life was completely purposeless? Like old flavorless salt on the verge of being thrown out or a light bulb whose filament now only produces a dim glow. It’s a worthless feeling of hopelessness and desperation where it seems that even God has turned his back on you.

Have you ever felt really alone? Like you were of no consequence to anyone or that your life was completely purposeless? Like old flavorless salt on the verge of being thrown out or a light bulb whose filament now only produces a dim glow. It’s a worthless feeling of hopelessness and desperation where it seems that even God has turned his back on you.

Twenty-seven hundred years ago there was a prophet of God who was feeling like his life lacked purpose. One day God spoke to Jonah sending him to deliver a message to one of Israel’s most feared and hated enemies, the Assyrians. “Arise, and go to Nineveh, that great city, and cry out against it; for their wickedness has come up before Me.” But, unfortunately, Jonah disobeyed God by running away in the exact opposite direction of Nineveh.

While sleeping in the lower levels of a wooden ship that was headed for Tarshish, God sent a mighty storm to turn Jonah around. Eventually, the sailors had no choice but to throw the wayward prophet overboard which calmed the storm immediately. While Jonah is being engulfed by the sea, God prepared a great fish to swallow him. With all hope gone, while trapped in the belly of the fish Jonah cries out to the Lord for help.

It’s often during these times of trial and tribulation when we remember God and cry out for His help. These dark valleys are often lonely times when we have no sensation of God in our lives; it’s as if He has abandoned us. For Jonah, the belly of the fish was dank, dark, full of half eaten mackerel, plankton and reeking, rotting shark fins. Seaweed landed on his shoulders and wrapped around his neck like the regalia of a great undersea king. But make no mistake about it, the belly of the fish was a lonely place where Jonah had no sensation of movement or sense of where he was going.

Many times in my own life I have also felt lonely and abandoned by God. Usually it happens when I’m in a stressful place, when I have made some bad decisions and don’t yet have the answers. The feeling of loneliness, of being abandoned by others and especially God is one of the worst places someone can find themselves.

As Jonah sat motionless in the belly of the fish, not knowing where he was headed, he took the first step and cried out to God for help. Even though the prophet was feeling like his situation was not improving the fish eventually arrived back at the place where he had started. After being deposited up on the shore, Jonah reluctantly goes to the Nineveh and completes the task God had asked him to do.

Many times in my own life I have felt alone and that the presence of God was not near me. Whether it’s a family issue, work related or just feeling blue the feeling of being alone in the world is not of God. For He walks with us, and holds us up in those dark hours before the morning light begins to stream over the distant hills. He is our hope, strength and the author as well as finisher of our salvation. There is nowhere I can hide from His love and nowhere I can go to escape His presence.

God usually is busy carrying us in those times when we feel abandoned and lonely. Our faith is usually pretty weak but His grip is as strong as an infinite amount of power. He is healer; He is our friend and is not at all upset, angry or even mad at us. “For God so loved the world that He gave His only begotten Son, that whoever believes in Him should not perish but have everlasting life.” Doesn’t that sounds more like a father who would do anything to save his children?

His name is salvation. He is our strong tower that we run into. We have nothing to fear for the love of God can protect us from anything evil and will break any chain that binds us. He came to set the captives free and guide us into eternity.

So remember, God is always in control, directing the man or woman of God to go in the right direction. Our destination is an eternity with our King, our Lord and our God and a guaranteed inheritance. So the next time you feel lonely or that God has abandoned you remember the story of Jonah and cry out to God, believing and trusting that He is with you knowing that the whale is moving!

What if an immortal, eternal, almight Creator walked in human shoes?

Our nation has turned away from its source of strength