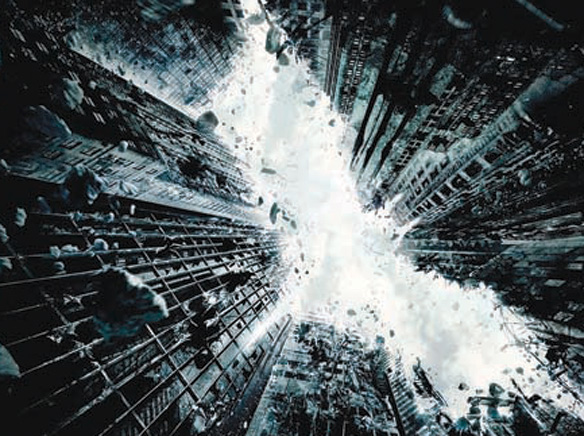 As the weather warms across the country and people start to break out the barbecue’s and head to the beaches the movie theatres will soon be packed with audiences eager to see their favorite heroes battle all kinds of evil villains. It’s time for the big Summer Movie Preview. This year Superheroes, Aliens, An Evil Queen, A princess, A Dictator and a Vampire will be up on the big screen.

As the weather warms across the country and people start to break out the barbecue’s and head to the beaches the movie theatres will soon be packed with audiences eager to see their favorite heroes battle all kinds of evil villains. It’s time for the big Summer Movie Preview. This year Superheroes, Aliens, An Evil Queen, A princess, A Dictator and a Vampire will be up on the big screen.

Plot: Thor’s exiled brother Loki (Tom Hiddleston) begins to attack earth to become it’s ruler. This forces Nick Fury (Samuel L. Jackson) to assemble a team of super heroes including Iron Man (Robert Downey Jr.), Thor (Chris Hemsworth), Captain America (Chris Evans) and Black Widow (Scarlett Johansson) to stop him . If only the group can stop fighting each other and find a way to work together does earth have a chance of surviving.

Outlook: Perhaps the second most anticipated film this summer “The Avengers” with it’s $220 million dollar budget and star studded cast should give another famous hero a run for his cowl and money at the box office.

Plot: Agent J (Will Smith) travels back in time to the year 1969 to stop an alien named Boris (Jemaine Clement) from changing history and killing Agent K (Tommy Lee Jones) who is played in 1969 by (Josh Brolin).

Outlook: The re-teaming of Smith and Jones as Agents J and K and the superb casting of Josh Brolin as the young Agent K should prove to provide many laughs and hopefully a big improvement over the debacle that was “Men in Black 2.”

Plot: Cursed by an evil, lovelorn witch (Eva Green) and turned into a vampire, Barnabas Collins (Johnny Depp) wakes up in the year 1972 after being entombed for two centuries. Struggling to get used to the world today and determined to protect his relatives from the witch’s undying wrath Barnabas sets out to save the family and stop the witch once and for all.

Outlook: Directed by Tim Burton and starring Johnny Depp as the awkward, out of time vampire “Dead and Loving It.”

Battleship: Starring Liam Neeson and Taylor Kitsch
Plot: Based on the classic Hasbro Naval game an army of ships are forced into battle with an Alien invasion force from under the sea.
Outlook: It’s “Transformers” meets “Independence Day” only on the water. Here’s hoping it doesn’t sink to the bottom of the ocean and the box office.

Plot: Focusing on five interconnected couples going through the trials and tribulations of starting a family.

Outlook: Like the other interconnected story films before it “New Years Eve” and “Valentine’s Day” “What To Expect When You’re Expecting” will most likely fall flat of real character development or emotion.

Plot: The story of a dictator who risks his life to ensure that democracy will never reach his country and his reign there will continue.

Outlook: If the entire film is as funny as the trailer it will be a sure fire, laugh out loud hit at the box office this summer.

Plot: A group of British seniors travel to a shabby Indian hotel run by an ambitious entrepreneur (Slumdog Millionaire’s Dev Patel)
Outlook: This may do well in England and India but even with a strong British cast it most likely will hold little interest to the American movie going public.

Plot: The Evil Queen (Charlize Theron) sends a despondent huntsman (Chris Hemsworth) into the Dark Forest to kill Snow and bring her heart back to her so her reign will last forever. However, the Huntsman becomes Snow’s protector and mentor to build an army and fight to win her kingdom back.

Outlook: Darker and grittier than other film versions of the classic fairy tale “Snow White and the Huntsman” should benefit with the wonderful casting of Charlize Theron as the evil Queen. White.

Plot: Princess Merida (Kelly Macdonald) being a feisty, brave and excellent archer stirs up trouble for her father the King (Billy Connolly) by not following the country’s customs and must try to undo a horrible curse.

Outlook: This is the first time in Disney and Pixar’s history that the Princess is also a warrior and isn’t seeking true love but fighting for both her kingdom and her independence. It just might be the animated film to beat this year.

Plot: A crew of a spaceship head out for a distant planet, which is home to a civilization that was on Earth long ago and left proof of it’s existence.

Outlook: Directed by Ridley Scott and what is being called the pre-equal to the “Alien” films, “Prometheus” might just bring scares back to outer space and to a theatre near you.

Plot: The 16th President of the United States discovers vampires are trying to take over the country and he makes it his mission to stop them.

Seeking A Friend For The End of the World: Starring Steve Carell

Plot: Having only three weeks left before an asteroid destroys life on Earth a lonely, sad man (Steve Carell) decides to take a road trip and his next door neighbor (Keira Knightley) tags along.

Outlook: If the film has as many laughs as the trailer this could be the comedy of the summer.

Plot: It’s been eight years since Batman defeated the Joker and took the fall for Two Face’s crimes. The winged vigilante is MIA and Bruce Wayne (Christian Bale) is still trying to recover emotionally and physically from his battles. Gotham City is at peace and prospering when a new hulking terrorist named Bane (Tom Hardy) sets out with his small army of men to destroy the peace. Another criminal, a high-class grifter Selina Kyle (Anne Hathaway), aka Catwoman, also focuses on Gotham as her new home.

Outlook: It’s the summer blockbuster to beat and if it’s half as good as “The Dark Knight,” director Christopher Nolan will be responsible for one of the best film trilogies since “The Lord of the Rings” and the first “three Star Wars” films. I cannot wait.

Plot: Peter Parker (Andrew Garfield) gets bitten by a genetically altered spider and turns into the web slinging hero who’s also on a quest to uncover the secret of the mysterious disappearance of his parents years ago while fighting crime.

Outlook: This re-boot of a film series that had only one solid entry out of it’s three films arrives to soon and looks very unimpressive from it’s trailer. Here’s hoping old spidey still has a few fun surprises in his web.

Plot: After their continent is set adrift Manny (Ray Romano), Sid (John Leguizamo) and Diego (Denis Leary) use an iceberg as a ship to take on pirates and face dangerous sea creatures.

Outlook: These three characters, plus Scrat, who were funny, sweet and endearing, now seem tired and dull along with an unoriginal and uninspired adventure. Perhaps it’s time for a new age with new characters to take over the screen.

Plot: A misfit group of volunteer crime fighters who end up fighting an alien invasion.

Outlook: With a solid cast and a very quirky idea, “Neighborhood Watch” could just be a summer comedy not to miss.

The Bourne Legacy: Starring Jeremy Renner and Edward Norton
Plot: A new CIA operative from Treadstone is killing and causing chaos for his superiors at the agency.

Outlook: A risky gamble moving forward with the Bourne franchise without Matt Damon and director Paul Greengrass but if anyone can pull it off it’s Jeremy Renner who is hands down one of the best actors of his generation. Here’s hoping “The Bourne Legacy” does good enough at the box office to continue the best spy film series since 007.

Plot: Doug Quaid (Colin Farrell) a factory worker who is bored with his routine life tries a new experimental mind tripping spa which gives it’s clients memories of a different fantasy life. The visit triggers memories from Quaid which makes him start to believe he’s really a spy being hunted.

Dancing, dining and music in the traditional Chaldean way