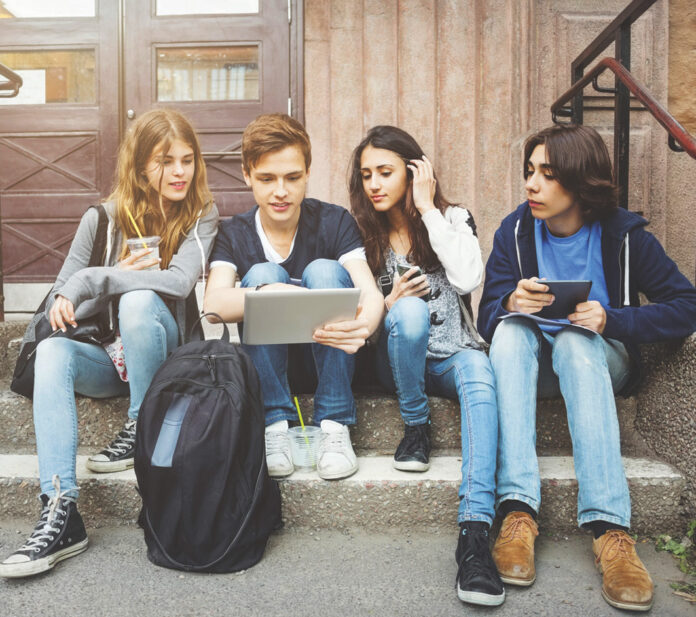 A lunchtime dress code protest organized for Sept. 13 at Grossmont High School devolved into a food fight that escalated until school officials called for support from local law enforcement officers and secured the campus, said a spokesman for the Grossmont Union High School District.

McGlashen did not say how many students were involved in the disturbance or how many police officers reported to the incident.

Video and photographs on social media showed that at one point there were at least nine squad cars and five police officers on scene.

The protest came about after Grossmont High School Student Mari Da Silva, 17, composed and circulated a petition against the school’s dress code standards on the change.org website that received nearly 1,500 signatures within the first day of being posted.

Da Silva said she did not anticipate Monday’s events happening and does not condone the kind of protest that occurred.

“After I made the petition, a group of girls ended up organizing the protest and started everything up on social media. I was in class the entire time and not involved in that part, but it was definitely disheartening to watch. I feel as though it hurts the cause because it takes away it’s credibility,” Mari said.

The dress code, which is similar to those at other high schools in the district, forbids spaghetti straps, strapless, single-sleeve, or off-the-shoulder dresses as well as any excessively low-cut garments with visible cleavage, micro or mini-skirts and short shorts.

Backless or racer-back shirts are also forbidden and all shirts must be long enough to tuck in but cannot be longer than four inches past the waistline. There are other requirements as well.

“I definitely feel like the dress code is sexist, specifically towards people who identify as women… The human body is so sexualized, especially by men, that to solve the issue we decided to tell women to hide their bodies for the sake of a man’s comfort when we should be teaching that man to be more respectful and understand that we are not objects. Telling people what to wear is just putting a bandage over a much bigger issue in our society,” Mari said.

Initially, Mari said, she decided to write the petition and show the results to the school’s vice principal.

“It just started out as a very humble project of mine. It’s when I saw all the signatures that I realized this is much bigger than me, and made me become more passionate about this,” Mari said.

The high school senior said she does not know if administrators will meet with her.