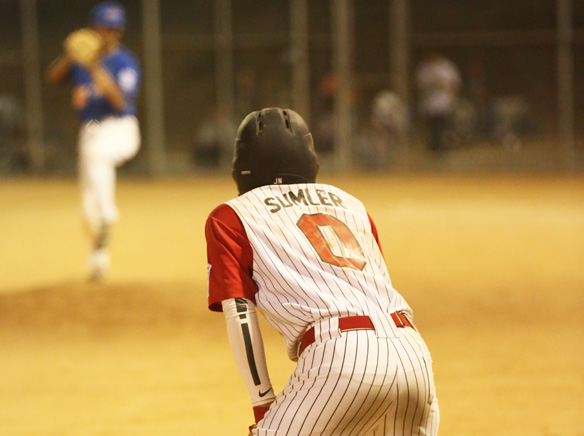 Despite the loss in the state championship series, it was still a proud moment for the league, noted Spring Valley Little League President Hope Bedsole.

“For my first year as president I have been extremely proud of how our league and our boys have represented Spring Valley Little League this season,” Bedsole explained. “It has been a very fun and eventful season for all of us. For the last few years we have had a strong Seniors Division and it’s exciting to see how far we’ve come and look forward to seeing how our league does next season as well.”

“It is exciting for the league and the district,” Slade noted. “It really shows that the Little League program is all about community, as it takes dedicated volunteers to run leagues and to help teams get this far. When a team accomplishes something like this it really brings a sense of pride to a community.”

Spring Valley finished with a final 7-5 win-loss record over the span of four post-season tournaments. The team entered last weekend’s state championship series with a 7-3 record through sub-division play.

District 66 is comprised of 10 leagues stretching from downtown San Diego to Spring Valley and includes residential areas between Highways 54 and 94.

Slade noted that this is the third time over the last 14 years that Spring Valley has advanced to the Southern California Division III championship.

“Getting to the division championship is a tough road in itself, as there are more leagues generally in Southern California than there are in some states,” Slade explained.

“Remarkably, this is the fifth or sixth time that a team from District 66 has gone this far. The district is only 14 years old. We were carved out of Districts 41 and 42 back in 2000.”

Slade said that if a formula for success exists, it deals with “good players, good coaches, solid support and a desire to stay together,” he explained.

“These young men are talented and they play the game the right way,” the District 66 administrator said. “That is, they play together as a team and for each other. They understand they represent their league, but also their families and the community.

“Many of them have played either together or in the same league since they were in tee-ball at age 5 or 6. So, over the nine, 10 or 11 years, they have known each other and developed relationships, plus all of them have attended the local schools together. That is to say there is a bond between them. Then when the community comes out to support them, they draw from that and it makes the game even more fun.”

“I think that is one of the reason that there is so much community pride in this team,” Slade explained. “The two presidents came together at the beginning of the year, which set a tone of cooperation and togetherness.”

When asked why District 66 seems to do well in the Senior Division all-star tournaments each year, Slade said he could not point to any one reason.

“I think the success of the Lemon Grove team in 2012 brought attention to what can happen if a team stays together,” the District 66 administrator said. “That team went on to be the U.S. national champions. Some of the members of that team came back last year and were part of our district Big League team. I can foresee some members of this team doing that next year.”

Slade said he felt the overall success of teams from Section 7 has a lot to do with cooperation between the various district administrators: Jose Larios (District 22/Imperial Valley), Kimberly Mowrey (District 41/East County), Ernie Lucero (District 42/Chula Vista) and himself.

“We work hard at helping not only our leagues but each other,” Slade explained. “When you look at the overall success of Section 7 throughout all levels of Little League Baseball, you have to be impressed. Section 7 teams have won one Little League World Series championship, three U.S. national championships and six state championships in the last five years. That is quite an accomplishment!

“I think we run the program the right way and it shows.”