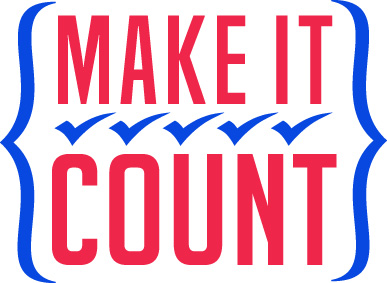 The nomination period for a special Nov. 2 election to fill one La Mesa City Council seat closes at 12 p.m. Aug. 6.

The person elected on Nov. 2 will serve through Nov. 8, 2022, essentially filling the seat vacated by former La Mesa Council Member Akilah Weber, who was elected to the California State assembly in June.

Candidates must be a United States citizen, at least 18 years of age on or before election day, and a registered voting resident in the city of La Mesa. Candidate packets for the election are available in the City Clerk’s Office, located at 8130 Allison Ave. in La Mesa.

There are no city of La Mesa filing fees, however, candidates who choose to have their Candidate Statement of Qualifications printed in the sample ballot issued by the County Registrar of Voters must pay for the actual cost of printing and distribution.

In a regular election, current City Council Member Bill Baber said the average campaign ultimately costs candidates between $50,000 and $75,000, although the shortened lead time for this special election might reduce some candidate spending costs. For example, he said, there are simply fewer months to send out mailers or host events, which will likely reduce those costs.

He and La Mesa Mayor Mark Arapostathis both spoke in favor of holding a special election, supporting what they say encourages a more transparent process at a May 11 city council meeting, while Council members Jack Shu and Colin Parent pushed for filling Weber’s seat by special appointment as a cost-saving measure for the city with just 18 months left in the term.

“It is a difficult challenge to run a ground campaign in a short election time but it is fair because everyone is under the same restrictions,” Baber said.

Running for an office like city council, he said, is virtually a full time job in his experience, especially in a shortened election time like this upcoming special election.

Looking back at recent winning campaigns, he said those who won all spent around $75,000 on their campaign but a candidate who has more time than money can be successful if they are strategic with their efforts.

As of Monday, July 19, five candidates had pulled nomination papers, required forms to obtain valid signatures from eligible, registered voters for this election.

Anyone wanting to run for the seat should review the Fair Political Practices Commission Campaign Disclosure Manual, available at www.fppc.ca.gov and file a FPPC Form 501 Candidate Intention Statement with La Mesa City Clerk Megan Wiegelman before receiving contributions or spending any funds on their campaign.

For more information or to schedule an appointment to obtain a candidate packet, contact Wiegelman at (619) 667-1120.