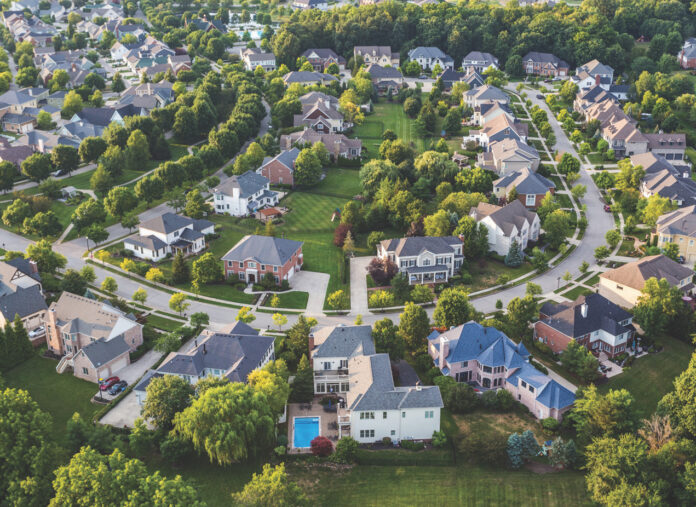 Development Services Director Melanie Kush warned city council members that the municipality is getting close to the legally required Aug. 13 adoption deadline, then introduced Veronica Tam, a consultant who has been working with the city on the housing element since 2019.

The housing element, Tam said, is just one element of the General Plan, a document the State of California requires all cities to have which serves as a long-term policy guide for physical, economic, and environmental growth and includes other elements such as land use, mobility and safety.

The city of Santee’s current General Plan, including its current Housing Element was adopted by the City Council on Aug. 27, 2003.

In a series of meetings dating back to October 2019, Tam said, the city was presented with an overview of the housing element update process and new California housing laws. Since then, the city has had the opportunity to select or dismiss prospective housing sites, been presented with affordable housing strategies such as inclusionary housing, and held discussions directly with stakeholders and city council.

The Draft Housing Element, updated as of January 2021 includes an assessment of current and future housing needs, an analysis of opportunities and constraints on housing, inventory of resources and sites, past accomplishments and a report of programs to address housing needs.

Many of the programs the city included in the updated Draft Housing Element were already in place, such as the Housing Choice Voucher Program and homebuyer assistance programs.

However, there are also some new programs like project preference for those that have 20% of their units slated for affordable housing, something the city was lacking on the previous, fifth Housing Element cycle in which “the city really did not offer enough affordable housing capacity to accommodate the regional housing needs assessment,” Tam said.

The draft calls on the city to implement incentives to facilitate developing different types of low-income housing types by 2023, including live-work housing and large units appropriate for large households.

During one of just two public comments, resident Lynda Marrokal said she believes Santee has significantly grown according to the census but has not kept pace with building new homes, nor does it have a selection of housing.

“We have all this open space but really haven’t grown much through all these years. We’re dead in the water because we really don’t have any housing to move up or down for seniors or young families just starting out. We need more homes and the low-income homes need to be spread all over Santee,” Marrokal said.

Santee Mayor John Minto said he believes there is a housing crisis all over California, and is due in part to the high cost of building as well as special interest groups that block homebuilders.

“In 2019, the governor signed an executive order stating cities need to create more housing on state lands. Regardless of whether you agree with the governor or not, he’s right: there is a crisis… He declared a statewide housing emergency that extends through 2025,” Minto said, then read several sets of Executive Orders as well as several pieces of legislation that essentially demand more housing.

Therefore, he said, he is concerned that Santee has to take steps to keep local control over exactly where homes are built while actually building more homes, or the state might step in and force development to happen.

“I’m going to ask the City Manager and City Attorney to do some research because we’re talking about this crisis, this urgency. Find out if there is a way for us to approve projects that come before us so it doesn’t take years and years,” Minto said.

“An urgency ordinance— if we can figure out a way to make it happen, I’m in support of it because it is impossible for us to meet the requirements of the state and the vocal minority of the city who want absolutely no development,” Vice Mayor Rob McNelis said.

He said he believes the only way to meet Santee’s housing needs is with a variety of homes including townhomes, granny flats, single-family homes, and multi-generational housing, and that housing developments have to be more affordable for builders to construct.

“It is very expensive for our young, talented workforce who can’t afford to live here,” Council Member Laura Koval said.

Council Member Ronn Hall said he too believes the city needs to build affordable housing before the state tells the city’s leaders where to develop that housing.

With the addition of an urgency ordinance that could potentially green-light development projects faster, the sixth cycle of the Housing Element passed unanimously.